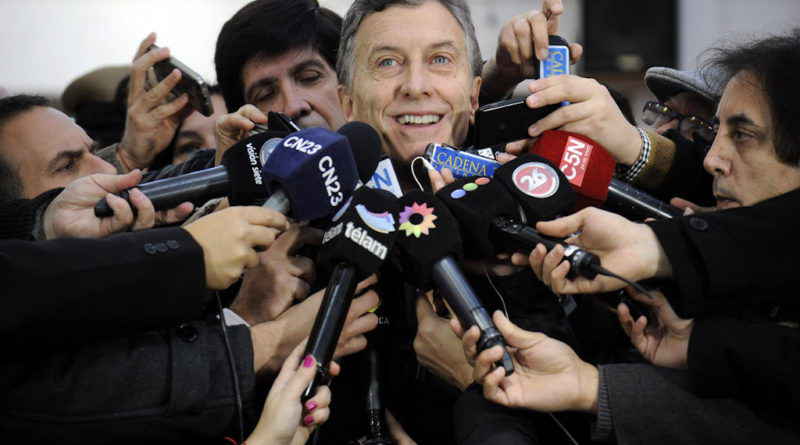 Last week, with the elections in his pocket, Argentine President Mauricio Macri announced the instatement of several key reforms that were aimed at consolidating his executive power. Changes in his cabinet, labor reform, and a renewed relationship with the International Monetary Fund allowing for participation in the institution’s annual audit mechanism (previously abandoned by both Cristina and Nestor Kirchner), would mark a clear separation from the country’s previous style of administration.

Macri cemented his power even further after the recent mid-term election, in which his party’s candidate handily defeated Cristina Kirchner in the province of Buenos Aires. His coalition, Cambiemos, has increased its representation in both the federal Chamber of Deputies and in the Senate since Macri came to power.

The most important recent change presented last week was the new labor law, which included amendments to ensure a higher flexibility of employment opportunities. Specialists have compared this project to a recent Brazilian reform effort which eliminated paid overtime, weakened employers’ responsibilities for employees’ worked related accidents, and reduced designated lunchtime, amongst a number of other curtailments.[i]

The labor reform law is broad and ambitious, proposing reductions in base compensation for severance action without cause. According to Wunderlabel and the labor lawyer Julián Hofele, the proposed reform aims to provide companies with licenses allowing for unpaid internships, as opposed to the current system, which imposes fines for uncompensated employees. “With respect to incorrect or missing registration fees, (today 25 percent of the unpaid wages) the minimum wage will now be abruptly reduced,” Hofele observed.

Currently, the minimum wage in Argentina is guaranteed by the national Constitution as determined by the Consejo Nacional del Empleo, la Productividad y el Salario Mínimo, Vital y Móvil (National Council for Employment, Productivity and the Minimum Wage). The latter evaluates the country’s socio economic climate when considering the feasibility of a given minimum wage.[ii]

Another provision proposed by Macri is to incorporate an addendum to Article 12 of the current labor law, which would empower employers by limiting the right of unregistered-workers to call for paid compensation. Also, the draft does not include anything about sanitation, security, or other assumptions of responsibility in subcontracting labor. This means that companies which outsource labor and hire contract workers would have little or no responsibility for such employees, effectively leaving the worker largely unprotected.

“Not even the dictatorship was so enthusiastic,” declared Matías Cremonte of the Labor Lawyers Association. Cremonte’s comparison of the labor reform law with its previous 1976 version is not completely fortuitous; the two laws include similar attributes. “Among the objectives posed by the new text is a proposal to ‘liberate the productive forces,’ an expression that (then Minister of the economy) Martínez de Hoz used for the 1976 reform,” said a lawyer for the Argentine newspaper Página12[iii].

The proposal also limits the worker’s options in situations of Ius variandi, when the employer unilaterally modifies working conditions and other labor stipulations. These alterations can violate conditions established in workers’ contracts, but workers would not be able to appeal them in court in order to restore prior conditions.

Right now, the teachers’ union is already on high alert protesting the proposed draft. According to Sonia Alesso, General Secretary of CETRA, the proposal further reduces standards for on-site working conditions. “This labor reform poses a loss of rights for all workers, including teachers. It also erases rights that have existed since the 1940’s,” she explains.[iv]

Relations remain tense between the government and the General Confederation of Workers (CGT) because union members claim that the Minister of Labor has shirked his responsibility to consult with labor parties before undertaking reforms, which would adversely affect them. They explained that the modifications introduced by the government “imply the destruction of the current labor legislation.” Currently, labor organizations are trying to organize a unified front that would represent their fundamental interests, while the law is still undergoing revisions.

Some points about the concept of work

The draft labor law introduces a substantial change to the concept of “work.” On top of the definition provided by the Labor Contract Act, the reform would add, “Cooperation between the parts in order to promote this creative and productive activity constitutes a shared social value, a generator of reciprocal rights and duties, and an essential implementing rule of the contract.” The proposal seeks to facilitate subcontracting, a mechanism that until now has not been regulated. Furthermore, it intends to promote short-term employment.

Worker compensation would suffer a significant cut if the new law were to be fully ratified, including reductions in paid overtime, commissions, bonuses and all other types of non-regular payments. Additionally, if the present bill were to be passed, the statute of limitations for initiating such complaints would fall from the current two years to just one.

The government is also looking to reduce the fiscal deficit through reform of social security, which currently accounts for half of the funding of the 2018 budget. President Macri proudly announced new methods to restructure pension funding, but their details indicate that the minimum retirement figure at the end of next year would be placed at 8100 pesos per month, because it is updated by the current inflation rate. This figure is now 700 pesos below the result of the formula that took effect in 2009.

Mirta Tundis, President of the Committee on Social Security at the Chamber of Deputies, stated that “modifying the retirement calculation according to the present inflation rate will result in giving less money to retirees than they need,” making the situation of pensioners worse. She continued, “how much good will a three percent quarterly increase do for a retiree?” Diego Bossio, former president of the National Agency ANSES and current Deputy for the Justicialist Party, says “the change in the law of retirement mobility could negatively affect millions of Argentines. When you see the trajectory from 2009 to now, the increase in retirements was higher with mobility than any other index,” he added.

Labor coming from various working-class sectors has shown its discontent with the proposal throughout its drafting stage, but Cambiemos has all the legislative power it needs to convert the reform to federal law after its victory at the last legislative elections.

[i] Declarations of the “Asociación de Abogados Laboristas”, Matías Cremonte.