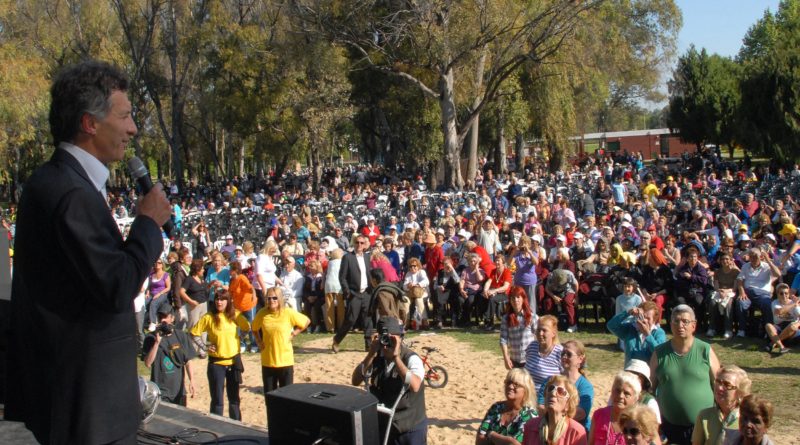 By James A. Baer, Senior Research Fellow at the Council on Hemispheric Affairs

Primary elections in Buenos Aires Province on August 13 resulted in a virtual tie between the candidates representing President Mauricio Macri’s Cambiemos (Let’s Change) party and Cristina Fernández de Kirchner, the recent past president and Peronist leader, with 34.19% and 34.11% of the vote respectively. The Washington Post declared that Macri was bolstered by the election results, since Fernández had been expected to poll higher than her final vote tally.[i] However, the reality is that Argentines are evenly split between the two camps, and this makes it harder for Macri to move ahead with the changes he wants to see implemented.

Macri was elected on a promise to rebuild the country after more than a decade of Peronist policies that he insisted had eviscerated the country’s economy.  Fernández, elected in 2007, had strived to follow the populist strategy of her late husband, Néstor Kirchner, and was reelected in 2011. Her administration supported liberal policies that legalized same-sex marriages and export taxes that had brought in new money for the government to increase subsidies and deliver an array of social services to help improve the conditions of the poor. But as inflation soared and hedge fund suits that she was quick to label “Vulture Funds” blocked Argentina’s access to international financing, Fernández began to lose a good amount of her support. The troubling death of Alberto Nisman in early 2015 led to many conspiracy theories that weakened her standing with the public. The 2015 election pitted Macri’s Cambiemos coalition against Peronists who had divided into two branches. Macri promised to reduce inflation, resolve the impasse with hedge funds and to reduce corruption. His electoral victory (51% to 48%) signaled a major shift in Argentina’s government policies, giving hope to business and agricultural elites but at the same time bringing fear to unions and the poor that Macri’s neoliberal economic program could threaten public services and could reprise an economic meltdown like the one that occurred in late 2001.

Macri eliminated currency exchange restrictions and the export tax that resulted in increased profits for exporters but led to rising inflation, topping out at 40%. He also reduced public employment as the State Modernization Ministry fired thousands of state workers. The economy contracted by 2.2%. These policies led to union opposition in 2016 and a general strike in 2017. Macri began to balance his long-term goals of shrinking government involvement in the economy and lowering subsidies for gas and electricity with the need to confront increased unemployment and rising public discontent. So far, Macri’s promises of economic resurgence have not been realized, except on the stock market, which has soared. His exhortations for the public to give his policies more time are wearing thin, and the August primary vote is but one indication that time may be running out for his reforms.

Senate elections are scheduled for October and, according to Argentine election rules, the party that wins the majority obtains two seats in the Senate, while the second-place party gets one seat. That means Cristina Fernández will likely, one way or the other, become a senator, immune from prosecution on corruption charges, which she claims is a purely political attack. Fernández created The Citizen’s Unity Party (Frente de la Unidad Ciudadana) so that she would not have to run against the Peronist candidate in the Buenos Aires senate primary. It is made up of her former coalition, Front for Victory, and signals that Fernández is determined not to fade from the scene or to become embroiled in a power struggle within the Peronist Party. If she becomes a senator she will have a platform to oppose Macri and seek the presidency again. If she does not win the election outright, her chances for a comeback in the presidential elections of 2019 are dim. Nevertheless, her continued support indicates that Macri has only the most slender of margins to proceed with his neoliberal economic policies.

By James A. Baer, Senior Research Fellow at the Council on Hemispheric Affairs