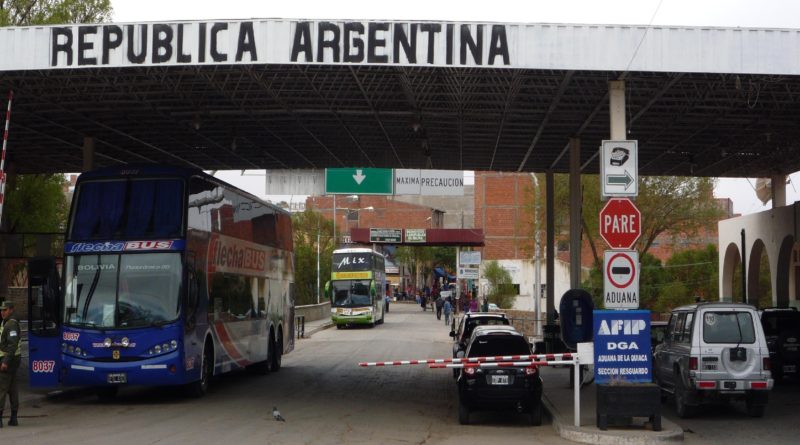 By Jack Pannell and Felipe Galvis-Delgado, Research Associates at the Council on Hemispheric Affairs

Using populist xenophobic rhetoric, characterizing foreigners as criminals, and stirring up anti-immigrant fervor with misleading statistics – one would normally associate this narrative with the immigration policy of United States President Donald Trump. However, this bigoted discourse is not found only in the United States. The President of Argentina, Mauricio Macri, is also employing anti-immigrant rhetoric and policy in his country. Recently, he remarked that the government “cannot continue to allow criminals to keep choosing Argentina as a place to commit offenses.”[i] This kind of bristling discourse is just one facet of President Macri’s anti-immigrant strategy, which specifically targets immigrants from Peru, Paraguay, and Bolivia. In February, Macri issued an executive decree limiting immigration and legalizing the deportation of immigrants without a criminal conviction.[ii] With this decree, Macri is able to exploit national concerns about crime and security, cynically using immigrants as scapegoats for his own political gain.

The language contained in Macri’s immigration decree is wholly misleading and exemplifies his xenophobic fear mongering. The decree states that 22 percent of prisoners in the federal penitentiary system are foreign nationals, despite the fact that they only represent 4.6 percent of the overall population.[iii] This figure is taken out of context and is a misrepresentation of the actual foreign incarceration rate. In fact, Argentina’s federal prisons account for only 16 percent of the country’s incarcerated population.[iv] When the population of all Argentine penitentiaries are taken into account, including the provincial prisons where the vast majority of the country’s inmates are held, the total number of jailed foreigners in Argentina lowers to 5.7 percent – much less than what Macri purports.[v] Moreover, of the 22 percent of incarcerated foreign nationals cited in the decree, around 60 percent have not yet been sentenced for any crime.[vi] These misleading statistics are intentionally inciting fear of immigrants and serve to justify Macri’s incendiary policies against certain categories of foreign nationals in Argentina.

If the statistics clearly demonstrate that foreign nationals are no more likely to commit crimes than native-born Argentines, why is the government employing such heated rhetoric?  Macri’s motivation is the sense of insecurity held by many Argentines. Recently, 33.7 percent of Argentines expressed that crime and security are their primary concerns.[vii] These fears are derived from a popular sense that crime has spiked in recent years. While it is true that crime has increased in Argentina in the past few years, Argentina is still the second safest country in South America and the seventh in the Western Hemisphere.  Furthermore, according to a study conducted by the Global Dialogue from 2002 to 2005, while crime dropped during these years, Argentines’ sense of insecurity actually increased.[viii] This finding suggests that the national sense of insecurity does not necessarily correspond to rising crime rates.

During his 2015 campaign, one of President Macri’s lines of attack against former President Cristina Fernandez de Kirchner was that she had failed to effectively combat crime while in office. Now that Macri is in power, he has followed many of the same tactics as President Kirchner, increasing police numbers and anti-corruption initiatives. The Macri Administration has discovered the fact that it is almost impossible to convince people that they are safe when their very sense of security is not directly hinged in reality. By creating a scapegoat out of immigrants, he can present himself as Argentina’s protector from crime, and gain voters’ support.

Macri’s political strategies contradict Argentina’s long-standing history of a generosity of spirit when it comes to immigration. Argentina’s constitution enshrines the necessity and obligation for the egalitarian treatment of foreigners.[ix] Macri himself is the son of an Italian immigrant and has previously praised Argentina’s long history of Italian immigration.[x] However, while Macri suggests that European immigrants should be welcomed in Argentina, his narrative also leaves Latin American native immigrants demonized and unwanted.[xi] This resentment for indigenous immigrants was made clear earlier this year when Patricia Bullrich, the Argentine Security Minister, characterized Peruvian and Paraguayan immigrants as drug trafficking thugs. In reality, only 0.07 percent of immigrants have been convicted on drug related charges.[xii] The animosity towards indigenous immigrants from the current Argentine administration not only defames Argentina’s history of immigration but will also prove ineffective. Macri’s immigration policies will not help the Argentine people, as immigrants are by no means the primary source of crime in Argentina. Conversely, these polarizing policies will only serve to tarnish immigrants and worsen the racism and xenophobia they face on a daily basis.

By Jack Pannell and Felipe Galvis-Delgado, Research Associates at the Council on Hemispheric Affairs