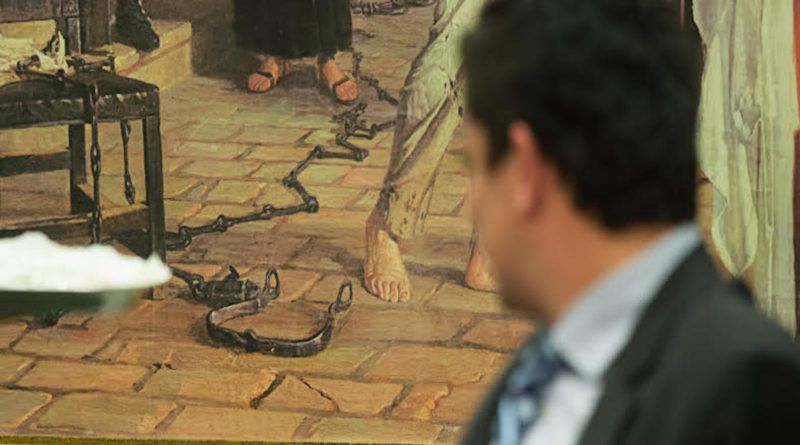 When it comes to the relation between Luiz Inácio Lula da Silva and Brazil’s elite, one must never expect a scene of equitable approach, and the ongoing concerns surrounding the upcoming trial of former Brazilian President Lula are testament to that unfairness.

When the trial opens on January 24 in Porto Alegre, the court will hear an appeal presented by Lula’s attorneys regarding the condemnation of alleged crimes of passive corruption and money laundering; but in deeper analysis, much more than his freedom will be at stake.

On that day, a greater judicial principle will be decided: namely, whether a judge’s conviction of the defendant – without regard for actual evidence of the crime – is sufficient for the arrest of a Brazilian citizen.

Brazil is, at least formally, a constitutional Democracy with its criminal judicial system under the principle nullum crimen sine culpa, meaning everyone is innocent until proven guilty by the appropriate authority, assuming that due process of law has been respected.

The decision at Lula’s trial has the potential to tarnish the sanctity of the judicial system as a whole: a guilty verdict of this proportion, without proof and without question, would signify a blatant destitution of the standards of investigative persecution up to the highest standard of the Brazilian criminal system, ultimately distorting the system of democratic guarantees as a whole.

Lula stands trial for crimes of passive corruption (bribery) and property occultation (money laundering). In this case, the result of such activities was allegedly a triplex apartment given to Lula by the Brazilian construction company OAS Conglomerate, in exchange for fraudulent advantages in the Brazilian market and overseas.

In this regard, one fact must be highlighted: the investigation has not revealed any proof of these accusations, nor the judicial process; neither a receipt nor other document has been found that ties Lula to the apartment, the bribery itself, or the connection to the alleged illegal benefits that OAS enterprises supposedly have enjoyed.

The sentencing of Sérgio Moro – a low-level federal judge who has been the main face of Operação Lava Jato (Operation Car Wash) – fails to prove that a crime even occurred. Instead, it revolves around debatable plea bargains and media statements to affirm that Lula is the owner of the triplex. However, the same Judicial Branch already declared it belongs to someone else.

As a matter of fact, the same apartment (that is supposedly Lula’s Achilles’ heel) is proven to still be property of OAS enterprises, without Lula’s name on any deed. Luciana Correa Alves de Oliveira, a judge hierarchically at the same level as Sérgio Moro, ordered the freeze of OAS bank accounts and real estate properties; amid these valuables, Lula’s alleged apartment is one of them. [1] This freeze provides foolproof confirmation of who is the actual owner of the apartment; in the trial, the OAS conglomerate was investigated for unpaid debts, with the judge demanding the confiscation of resources for settlement. One of those resources was shown to be the very same triplex, proving that the property never left OAS domain.

Moro’s staunch point of view – unsupported by law or evidence – is that Lula is a dangerous criminal who “[attempts] to intimidate the Justice system, the agents of law and even the press”, and must face nine and a half years in prison.

A Look Into Moro’s Conviction

Moro’s case is primarily based on the statements of one of the defendants, the entrepreneur Léo Pinheiro Filho, and an article published in 2010 by O Globo newspaper which referred to the triplex in question as Lula’s patrimony.

“The statements of (Léo) Pinheiro Filho sound credible,” writes the Moro in his condemnation from the bench. For the philosopher Euclides Mance – who dedicated a book to identifying and analyzing Moro’s fallacies throughout his sentence –  Moro here employed the ad populum fallacy, which means “the appeal to common creed”, in other words, the intentional confusion between the objective reality and the generally accepted truth. In the philosopher’s words, “at the testimony for Moro, Pinheiro states: ‘since the day I was designated to study [real state] enterprises, all that has been said is that [the apartment] belongs to President Lula and his family…’ Therefore, the argumentative form used by Pinheiro and latter assumed by Moro would be: if someone told me that the triplex belonged to the President, so the triplex indeed belongs to the President.” [2]

Furthermore, Moro validates his sentence using the O Globo article that refers to the triplex apartment as if it were property of Lula and his wife, Marisa Letícia, who passed away last year. For Mance, this fallacy is similar to another one: “The affirmation in the Bible that God created the world is a verifiable element that the world was created by God. Because, if God did not create the world, there would be no such affirmation in the Bible.” [2]

Lula and the Brazilian Media (I)

Indeed, to better comprehend Brazilian politics, taking a closer look at the country’s mass media is an indispensable tool. For example, Valeska Teixeira Martins, one of Lula’s attorneys, in an interview for “NOUCAUTE – Blog do Fernando Morais,” recalls a cover of Veja magazine, days before the 2014 presidential election, titled “They Knew Everything.” For her, this was a prime example of “fake news” with a clear electoral undertone: “with that moment began an attempt […] by parts of the media to relate, in some manner, the former President Lula to Operation Car Wash.” Furthermore, the attorney points out the frequency with which the media speculated about plea bargains that would mention the former President’s name, but none of them came to fruition.

Cristiano Zanin, another one of Lula’s attorneys, in the same interview, acknowledges the importance of that electoral correlation, affirming that it highlights the synchronicity between Car Wash authorities and the chosen publications of the mass media: “It is a self-sustaining system. Therefore, to disguise the illegalities and arbitrariness of this system, it fabricates an atmosphere against the person that will be the target of illegal acts, acts which violate fundamental guarantees […] treating the person as if he or she were guilty and demonizing the citizen.” [3]

For Lula, demonization by the mass media is nothing new. Lula’s public life has always been portrayed as disturbing the peace, even when he was a union leader in the 80’s. Becoming a politician only further aggravated the scenario of media persecution.

Lula and the Brazilian Media (II)

The persecution of Lula by the Brazilian media has always clearly displayed its electoral purposes. Back in 1989, during the first direct presidential election in Brazil after the overthrow of the military dictatorship, the entrepreneur Abílio Diniz was kidnapped. The election was in its second round, between Lula of the Workers’ Party (Partido dos Trabalhadores, PT) and Fernando Collor of the National Reconstruction Party (Partido da Reconstrução Nacional, PRN), with the vote technically tied.

However, in the afternoon before the second round of election commence, Diniz was released from captivity. The police, amid the military paraphernalia and valuables apprehended from the kidnappers, displayed a collection of materials from Lula’s quest for the presidency, including buttons, shirts, and PT flags. In the election day morning news, the criminals who had kidnapped Diniz were shown wearing those very PT shirts and the election concluded shortly thereafter with a win for Collor, leading many to speculate as to the manufactured nature of the election. [4]

Almost 20 years after these events, the former Public Security Secretary of the state of São Paulo, Luiz Antônio Fleury Filho, admitted that all of the devastating, damaging evidence was forged; the police forced the kidnappers to pose wearing the PT shirts for the benefit of the press. For Fleury – who opined later that Lula’s 1989 loss was for the best – the forged scene certainly disturbed the electorate, “but he did not lose just because of the kidnapping. Lula was defeated on TV Globo Debate”. [5] With this statement, Fleury refers to a presidential debate that was manipulated and edited before broadcasting by TV Globo. As put by José Bonifácio “Boni” Sobrinho (one of the main voices of Globo), 22 years later, it is clear that the television network stood with Collor: “I found that the dispute between Collor and Lula was very unequal, because Lula represented the people and Collor represented the authority.”

Speaking on the 1989 presidential debate, Boni said: “We were able to loosen Collor’s tie, put some sweat [on his forehead] with a ‘little glycerin’ and we put the folders [on his desk] with the alleged denouncements against Lula – but all the folders were empty or with blank papers.” Despite these confessions, he reduced his conduct to being “merely a formality of the campaign,” maintaining that Collor won the debate by himself. [6]

Knowing the subversive nature of Brazilian politics and the press, it is difficult to ignore the devious relationship between the Brazilian media and the Judicial Branch. This relationship is undoubtedly a self-sustaining system. The dangerous alignment of elite interests, Brazilian mass media, and judges’ decisions, once again, sheds light on the undemocratic regime of Latin America’s largest country.

Contextually, Lula represents hope for the retake of a social justice agenda by Brazil’s executive power. Under his previous administration, Brazil’s government was able to incorporate lower class interests in the federal budget, something unheard of in the past year. Because of recent electoral laws in Brazil, if Lula faces a mandate of conviction, he may be prohibited from participating in the electoral race, despite being the front runner of the 2018 presidential campaign. Overall, January 24 will decide much more than just Lula’s innocence or guilt. What is at stake is the country’s system of democracy itself.