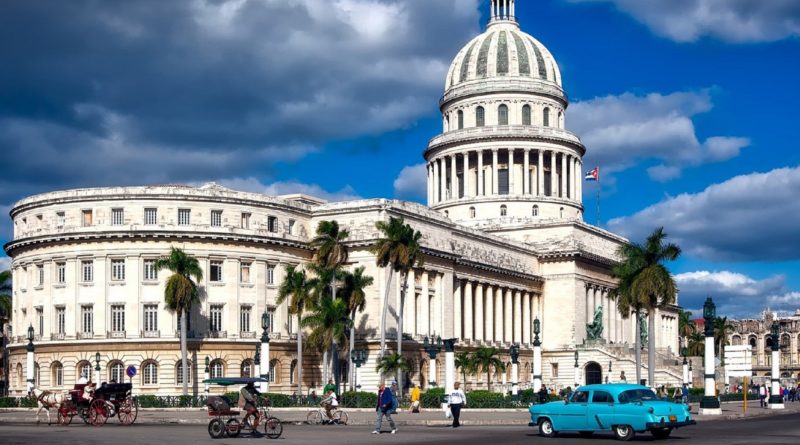 In Havana, a city where it seems that time has stopped, the drafting of Cuba’s new constitution is underway beneath the iconic white dome that sits atop the island’s capital building. The decision to rewrite the 1992 constitution comes as a way to adapt to the evolving needs of its people. On June 2, the country’s National Assembly met and President Miguel Díaz-Canel proposed a slate for the commission that will draft the document. Shortly after, his choice was unanimously approved by lawmakers, with Raúl Castro, leader of the Cuban Communist Party (PCC) at the helm. The commission, which began work immediately, is expected to draft a reform-oriented constitution. Same-sex marriage, a market economy, and a presidential term limit are all on the agenda. [1]

After the appointment of a non-Castro to the presidency this past April, it seems as if change is on the horizon for the Cuban people. Díaz-Canel will be the first leader of the PCC after the Castro dynasty, which for decades held power under Fidel Castro and later his successor and brother Raúl. Although he was handpicked by predecessor Raúl Castro, it is important to acknowledge the fundamental changes that have begun to take place under his presidency. In recent years, Díaz-Canel has become a symbol of new and younger political direction, reshaping Cuba’s reputation on the international stage. He has traveled across the globe, participating in a climate-change summit in Paris, and logging time with world leaders including North Korea’s Kim Jong-un. [2]

Questionable, however, is his juggling of Cuban politics with the ideals of the Castros who helped him climb the ranks of the PCC. Will Díaz-Canel rebrand himself and steer away from the ideologies of his predecessors or will he act as their puppet? Only time can answer that question; nonetheless, looking at the constitutional reform that is currently underway, can be indicative of what Díaz-Canel’s Cuba may look like.

Homosexuals in Cuba once suffered severe repression. In the 1960s and the 1970s, many LGBTQ+ people were imprisoned and sent to “re-education” camps where they were forced to participate in activities that, according to Fidel Castro would “make them more manly.” [3] What has happened since has been nothing short of an LGBTQ+ revolution, and the new constitution will undoubtedly reflect this liberalist attitude. Now, in fact, the island holds its own version of a pride parade, the Cuban conga, which thousands attend annually. During an interview with Agence France-Presse, Mariela Castro-Espin, Raúl’s daughter, and director of the state-run National Center for Sex Education (Cenesex) said, “In the constitution there is a section on rights in which LGBT people must be involved.” [4] This marks a change from the wording of the current constitution which recognizes marriage as the “voluntary established union between a man and a woman.” [5]

The constitutional inclusion of gay rights in its marriage section will reflect the needs and, more importantly, the will of the Cuban people. Mariela adds that the government stance on LGBTQ+ rights responds to the new and more progressive attitude, “Before, there was prejudice against talking about these things. Eleven years ago we started holding seminars about homophobia and trans-phobia. And that helped to pave the way for dialogue among the population.” [6] This is a stark shift from a government that once thought of homosexuality as counterrevolutionary. In this way, Díaz-Canel’s leadership and his new constitution foreshadow the kind of changes that his government is expected to introduce in the coming years.

The constitutional rewrite is hoped to bridge the gap between the restrictive wording of the current constitution and the recent opening of the economy which has occurred under Raul Castro and now Díaz-Canel. Given the vast changes to the Cuban economy that have occurred since the collapse of the Soviet Union in 1991, the rewrite will have to respond to the island’s growing financial concerns.

When the Soviet-era constitution was first introduced in 1976, the island was heavily dependent on Russian subsidies and held a guaranteed market for its sugar exports. [7] From 1959 to 1991, the island’s sugar economy experienced unparalleled growth and expansion. [8] In fact, in 1960 the Soviet Union agreed to buy 425,000 tons of Cuban sugar and 1 million each subsequent year, with this trend continuing until the collapse of the Soviet Union. [9]

These uniquely favorable terms between the USSR and Cuba were undoubtedly reflected in the writing of the 1976 constitution. That constitution prohibited Cuban workers from “procur[ing] income derived from exploitation of the work of others.” [10] In essence, this short phrase forbids small, family businesses from employing workers. This wording is particularly problematic given the current state of the Cuban economy, which no longer has the support of the Soviet Union and is instead buoyed by the remittances of Cubans abroad.

Today, Cuba is quite dependent on Venezuela as well as its record high oil prices. In 2000, Venezuela and Cuba signed a series of bilateral agreements which provided the island with 115,000 barrels per day (bpd) of subsidized, crude oil from Venezuela. This was invaluable to the Cuban economy and helped the state sustain its energy consumption. In return, the island has provided Venezuela with Cuban doctors. [11] However, due to the current instability in Venezuela, beginning in 2016 the number of bpd has dropped drastically to 42,310 bpd from the regular 115,000 bpd. The result: fuel allocations reduced by 28 percent to state-run companies and public lighting cut by 50 percent. [12]

Concerning the vast changes that have occurred in the economy and the newfound fragility brought about by dependency on Venezuela, the constitution is expected to respond to the new economic needs of the island. As a solution, the commission may include wording in the constitution to make legal the ownership of private businesses and continue fostering the opening of the market economy to compensate for the long-standing weaknesses in the state’s economy.

A Presidential Term Limit, What Does It Mean?

The new constitution will maintain the one-party system currently in place; however, other aspects of government are likely to witness changes. [13] Raúl Castro, who turned over the presidency to Miguel Diaz-Canel, has proposed limiting the presidential term to two five-year terms and has even suggested imposing an age limit. This could formalize the shift in government following nearly 60 years of leadership by Raúl and his late brother Fidel, who both ruled well into their 80s. With term limits in place, future government transitions can take place as a natural course of events in which ruling parties are able to cultivate new leadership which can carry out the successful policies of their former leaders, but also account for and correct past missteps.

In Cuba, however, a presidential term limit is not the panacea. Although it could promote political accountability and control corruption, the one-party system will remain intact with the intention being to promote the so-called “irrevocable” socialist system. [14] Of course, term limits alone cannot guarantee a flourishing multiparty democracy, but the one-party system and the entrenched leadership will make it difficult to negotiate additional change. Yes, it is time for the new leadership in Cuba to make changes; however, so far, few changes have yet to occur and the current one-party system will make the discussion and debate needed to create lasting change increasingly difficult.

The Cuban constitutional revision presents an interesting opportunity to improve upon the shortcomings of the current system. The probable inclusion of LGBTQ+ rights, a market economy, and a presidential term limit suggest change under Díaz-Canel. Albeit warranted and important, these changes will not alter the fundamentals of the current one-party system. If Miguel Díaz-Canel wishes to assert himself as a successful leader supporting democratic ideals, and detach himself from the Castros who preceded him, he will have to do more than simply oversee a constitutional rewrite. The need for democracy and freedom on the island cannot be ignored, and it is Díaz-Canel’s duty to spearhead and oversee their institution.