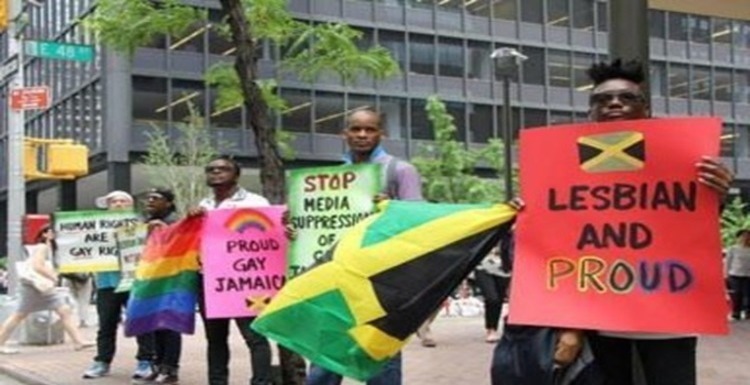 By: Ragini Chatterjee, Research Associate at the Council on Hemispheric Affairs

Over the past several months a series of protests, demonstrations, and court dates have caused Jamaicans to revisit their existing anti-sodomy laws; which were first enforced in 1861. Currently, these laws “[criminalize] consensual homosexual relations between adults,” and as a result, violations of basic human rights against the lesbian, gay, bisexual, and transgender (LGBT) community have occurred [1]. Basic human rights, specifically those affecting protection of LGBT rights, have not been appropriately addressed in the Caribbean community. LGBT advocates within the region fighting the anti-sodomy campaign fear being persecuted under other punishable crimes for the lack of protection from the government; which is in clear violation of the standing constitution.

According to Human Rights First, the Charter of Fundamental Rights and Freedoms approved by the Jamaican Parliament in 2011 gave protections against most forms of discrimination. However, in regards to the issues of gender identity and sexual orientation, no said protections were provided. As a result, hundreds of homosexuals have been imprisoned, beaten and killed.

The issues of LGBT rights have been increasingly raised in recent months due to former University of the West Indies (UWI) professor Doctor Brendan Bain, who testified in favor of the anti-sodomy law in the high-profile Caleb Orozco buggery case before the Belize Supreme Court. As a result, Bain was fired from his teaching position at UWI. He lost his leadership role at the Caribbean HIV/AIDS Regional Training Network (CHART) as well, due to the organization’s strict anti-stigma and anti- discrimination training policies after making comments on homosexuality which contradicted  the views of his university, organization, and the public norm .  This was a huge victory for the LGBT community, not only in Jamaica, but also for the entire Caribbean region. The trial highlighted the necessity for protection of LGBT rights in the Caribbean, demonstrating how these rights are public liabilities and how homosexuality should not be criminalized.

With the public’s support on this issue, many health professionals have looked into Bain’s claims and have noted some inconsistencies. Bain had testified on behalf of church groups defending the existing anti-sodomy law and had reported that a “high concentration of HIV [came from] within the male homosexual community and emphasized [the] high health costs,” that came as a result[2]. Many have concluded that Bain’s testimony conflicted with his role as a leader in regional HIV prevention, which in turn has rendered him largely unpopular among the HIV/AIDS prevention and LGBT communities. Since the trial, however, Bain’s testimony has been dismissed factually by many international health agencies, who have all agreed that the continued “criminalization of sodomy worsens the problem” and suggest that the laws should be changed to fit the way of the times[3].

With this in mind, the Global Voices, a human rights organization, denounced Bain’s firing by stating that

“the majority of HIV and public health experts believe that criminalizing men having sex with men and systematically discriminating against them violates their human rights, as well as [placing] them at a higher and more severe risk, [reducing] their access to services, [forcing] the HIV epidemic underground, and thereby increasing the HIV risk…”[4].

This statement alone proves that in spite of clear discrimination prompted by the anti-sodomy law, the number of drawbacks that could come from this continued enforcement outnumbers the benefits to the overall public. Bain’s firing was a step in the right direction for the enforcement of LGBT rights.

However, with these changes come some potential concerns. According to the Jamaican Observer, there is a growing concern that Bain’s firing, due to his prominent position in CHART, might “[limit] access to all scientific research and information related to HIV/AIDS, and [prevent] medical experts and research professionals from carrying out their mandates”[5]. There was also concern that there were no just grounds for Bain’s firing, besides the issue of unpopular opinion. Other agencies and advocacy groups, like Real Change for Jamaica (RCJ) have stated that they believe that Bain used his personal opinion on the matter as a clinical research statement: “[Bain] had an obligation to reveal that most experts and essentially all the international/Caribbean health organizations’ disagree with his position”[6]. In addition, RCJ emphasized that Bain was ethically wrong for not saying this in court. As such, RCJ is known for holding a strong stance against “agenda driven experts, regarding public health policy, testifying on behalf of churches and their bible derived agenda”[7].  Consequently, the organization has been against Bain since the beginning of the trial, working alongside LGBT advocates.

Along the same lines, according to the United Belize Advocacy Movement (UBAM), Marcela Romero of Red de Personas Trans de Latinoamerica (Transgender Network of Latin America; REDLACTRANS), another international HIV/AIDS alliance, stated: “If there is no human right, there is no prevention. [We need to talk about the] intersection of stigma and discrimination affecting trans-individuals”[8]. However, in order to counter discrimination, the government’s involvement in the matter is crucial. According to UBAM, gender and sexuality issues on legislation, as previously suggested, were not considered a priority. Currently huge barriers exist in the fight for equality, but, with the Bain firing, there is potential for some leeway to occur in the near future.

The Bain firing has managed to make international headlines, with LGBT advocates within the region and the United States making claims stating that all people have a human right to live the way they see fit. Senator Hillary Rodham Clinton is a current spokeswoman for gay and lesbian rights, and is known for her 2011 gay rights speech in Geneva in which she made clear that, “gay, lesbian, bisexual, and transgender people [are] human beings born free and given bestowed equality and dignity, who have a right to claim that, which is now one of the remaining human rights challenges of our time”[9]. Here, Clinton claims that basic human rights shouldn’t be based off of color, creed, or sexuality.

While it is up to the Court system to determine how this problem is handled in the short term, it really boils down to how the Jamaican government handles the matter, and how its leaders wish to progress as a country.  Bain’s dismissal from the University is currently being leveraged to spark debate and in turn is helping the country progress the way it should. It is hoped that through these types of demonstrations, the LGBT community will be able to receive the rights they so deserve.