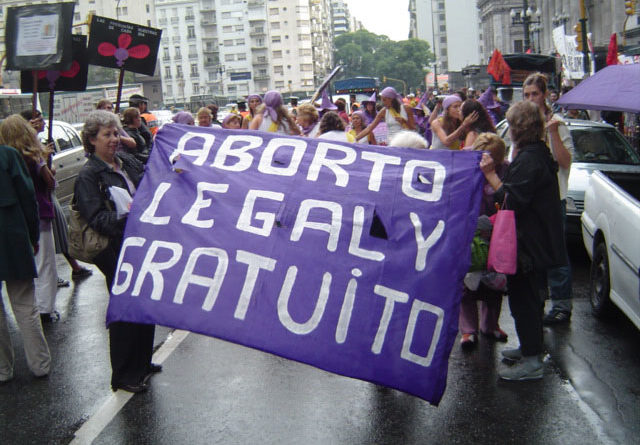 Strong legislative efforts have failed to prevent the approximately 4 million abortions that take place in Latin America annually, very few of which can be considered legal due to the region’s draconian abortion laws.(1) Only Cuba permits unrestricted abortions during the first trimester, while Chile, El Salvador, the Dominican Republic, Honduras, and Nicaragua have outlawed all abortions, even in cases of rape and incest or when the mother’s life is endangered. Deeply ingrained social stigmas surrounding abortion and government-imposed restrictions push many women to seek extralegal, often dangerous methods to terminate their unwanted pregnancies. This leads to approximately 4,000 preventable deaths and 800,000 hospitalizations in the region annually, rates significantly higher than global averages.(2)

Entrenched institutions, particularly the Catholic Church, and societal conventions such as machismo and marianismo have played a large role in precluding the legalization of first-term abortions in Latin America. The Catholic Church has long viewed Latin America as a remaining stronghold for its anti-contraceptive and pro-life stance and has actively opposed liberalization efforts. In 2006, Colombian bishops excommunicated lawmakers who liberalized abortion laws in cases of rape and to protect the life of the mother. In 2009, the Church excommunicated the family of a nine-year-old Brazilian girl who, pregnant with twins from being raped by her stepfather, was administered an abortion because childbirth would most likely have resulted in her death. The widespread cultural ideals of marianismo and machismo dictate male superiority regarding reproductive decisions and create narrowly defined roles for female sexuality that often focus on blame-the-victim discourse surrounding rape, both of which preclude viable arguments in favor of abortion.

Banning abortion constitutes a serious public health issue for Latin American women. Despite rapid increases in contraceptive use, the International Planned Parenthood Federation for the Western Hemisphere estimates that at least half of Latin American pregnancies are unwanted.(3) Unlike in the United States, most Latin American women seeking to terminate pregnancies are over 20 and married, often with two or more children already.(4) Many of these women cannot easily afford to raise an additional child, or are victims of marital rape and see themselves as having no other option. In a region already notorious for its high rates of socioeconomic inequality, middle- and upper-class women often receive illegal abortions from doctors at medical clinics, while poorer women often undergo far more dangerous “back alley” options because they cannot afford to pay for safer procedures. Extralegal abortions frequently include administering drugs such as the ulcer medication Misoprostol without medical supervision. For later-term pregnancies, untrained professionals pump toxic materials into a woman’s body or attempt to break the amniotic sac with a sharp object, oftentimes a wire. Approximately one in five women requires hospitalization after these abortions, often due to significant blood loss or infection.(5)

Despite the illegality of abortion in Latin America and the risks associated with illicit procedures, the abortion rate in Latin America still ranks among the highest in the world. In Argentina, there are nearly as many abortions as there are live births.(6) In Chile, there are about 200,000 abortions annually, nearly double the figures for Canada despite Chile’s significantly smaller population.(7) The average Latin American woman will have 1.2 abortions in her lifetime, with approximately 33.9 abortions per 1,000 women occurring annually, while the world averages 28 per 1,000 women, demonstrating that the efforts to prevent abortion by both the Church and Latin American governments have largely failed.(8)

Liberalization of abortion laws throughout the region could save many women’s lives by providing a safer, more affordable option. Countries with legalized abortion tend to have lower abortion rates due to increased awareness and accompanying public health campaigns. In addition to decriminalizing abortion, increasing social acceptance of contraceptives such as the morning-after pill and augmenting governmental spending on sex education would both reduce the need for safe, legal abortions throughout Latin America and diminish demand for illicit procedures.