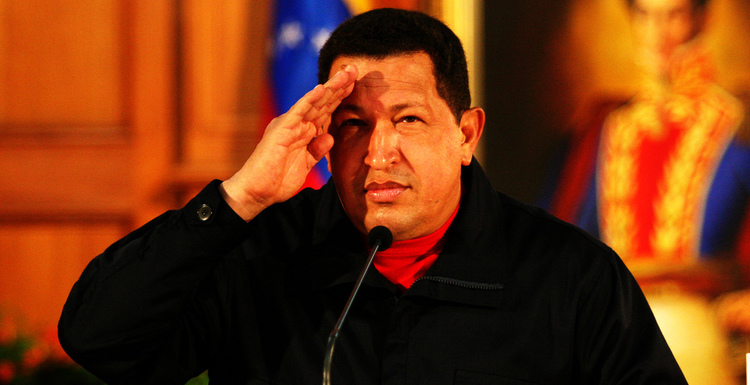 This tribute to President Hugo Chavez was first published by Counter Punch, republished by Venezuela Analysis and is re-published here with some minor grammatical modifications by the Council on Hemispheric Affairs.

By Roger D. Harris, Task Force on the Americas, http://www.mitfamericas.org/.

The rich and reactionary in Venezuela and their allies in Washington celebrated when Venezuelan president Hugo Chávez died two years ago on March 5, 2013. US President Barack Obama did not even make the customary and common courtesy of sending his condolences for the passing of a head of state.

Instead the US Empire stepped up its demonization campaign against Chávez’s legacy, perhaps in order to bury his Bolivarian Revolution. In contrast to his treatment of Chávez, Obama was effusive in his praise of the recently decreased King Abdullah of Saudi Arabia, the leader of a country that Amnesty International rightly labels one of the most tyrannical and repressive in the world.

So why did poor and progressive people in Venezuela, throughout Latin America, and indeed all over the world mourn Chávez’s passing and proclaim ¡Yo soy Chávez! (I am Chávez)? More than anything, the phrase Yo soy Chávez is a declaration of empowerment…this in a nutshell is the great legacy of Hugo Chávez and the one that the empire is bent on destroying.

Much has changed in the 14 years of Chávez’s stewardship in Venezuela. One of the most profound and influential aspects of the Chávez legacy is his original synthesis of three grand strands of political discourse: popular Christian ethics, Simón Bolívar’s heritage of regional integration, and socialist political-economic thought (based on J. Petras, http:// petras.lahaine. org/?p=1932).

Central to popular Christian thought is the “preferential option for the poor which Chávez saw as creating a state that serves the interest of poor and working people rather than the rich. Inheriting a state bureaucracy from the old order, Chávez set to work creating a parallel order of institutions to serve the poor. Drawing from Christian imagery, he called these new parallel state institutions to carry out poor “missions.”

Some 1.5 million Venezuelans learned to read and write thanks to the Mission Robinson I literacy campaign. Free access to health care was ensured for all Venezuelans with Mission Barrio Adentro; the number of doctors increased, infant mortality rate fell, and average life expectancy increased. Chávez led the rewriting of the Venezuelan constitution to reflect the interests of the poor. And a new electoral system was instituted, which Jimmy Carter deemed the “best in the world.”

The second great wellspring of Chávista thought was the man who led the liberation of the Spanish colonies in South America, Simón Bolívar. Pre-Chávez, Venezuela was arguably the most Americanized country in South America. The elite especially privileged US culture over Venezuelan culture. Venezuelans played baseball, not soccer. A mere decade and a half ago, most analysts would have ranked Venezuela the least likely candidate nation to stand up on its own two feet to challenge the empire to be recognized as sovereign and equal.

In a mere 14 years, home grown culture has blossomed with renewed sense of national identity and pride that has become nearly universal, even among the Miami jet-setting opposition elements. Today, the young musical wunderkind Gustavo Dudamel is not only the director of the Orquesta Sinfónica Simón Bolívar in Venezuela, but also of the Philharmonic Orchestra in Los Angeles. Culture is still being imported, but now the shipping lanes go both ways.

In the tradition of Bolívar, Chávez was instrumental in promoting regional integration. The Bolivarian Alliance for the Peoples of Our America (ALBA), founded in 2004 between Cuba and Venezuela, now comprises 11 member countries. ALBA is based on fair trade, mutual respect, and reciprocity. PetroCaribe, created in 2005, affords subsidizing 17 countries in Latin America and the Caribbean with a secure energy supply. Chávez was instrumental in 2008 in forming UNASUR, an intergovernmental union of the South American nations. And in 2011, the Community of Latin American and Caribbean States (CELAC) brought together for the first time all 33 nations of the Western Hemisphere, emancipated from the tutelage of the United States and Canada, which have been excluded from the body.

These counter hegemonic projects provide an alternative to subordination to the US Empire, which explains why Venezuela is being targeted by the US with sanctions and other measures to achieve regime change.

The Bolivarian movement came to embrace socialism for pragmatic reasons. Through the practical experience of governance, it became increasingly clear to Chávez and those around him that capitalism with its ethic of production for profit could not achieve their social justice objectives. Out of the socialist tradition, Chávez has championed community councils and other instruments of participatory democracy, cooperatives providing employment and education in communitarian values to their members, and worker managed industries.

The accomplishments of the Bolivarian Revolution to date are many: land distributed to the landless, poverty rate halved and extreme poverty reduced by two-thirds, child malnutrition reduced, access to safe drinking water increased, etc. Social expenditures have been increased and pensions for the elderly went from less than 400,000 to over to two million, while hundreds of thousands of new homes were built for those in slums. Venezuela went from being among one of the most economically unequal nations in the Latin America to being among the most equal through the exercise of state power for the populace.

All these gains are currently at stake. The problems of building 21st century socialism on a capitalist foundation include crime, inefficiency/ shortages, and inflation/devaluation. These are the problems inherited from the existing capitalist order and exacerbated by the sabotage of the local opposition who are abetted with millions of dollars by the US government. As solidarity activists our responsibility is to allow the Venezuelan people, their President Maduro, and the Bolivarian Revolution for socialism to resolve their problems without the interference of the US government.

By Roger D. Harris, Task Force on the Americas, http://www.mitfamericas.org/.

This tribute to President Hugo Chavez was first published by Counter Punch, republished by Venezuela Analysis, and is re-published here with some minor grammatical modifications by the Council on Hemispheric Affairs.