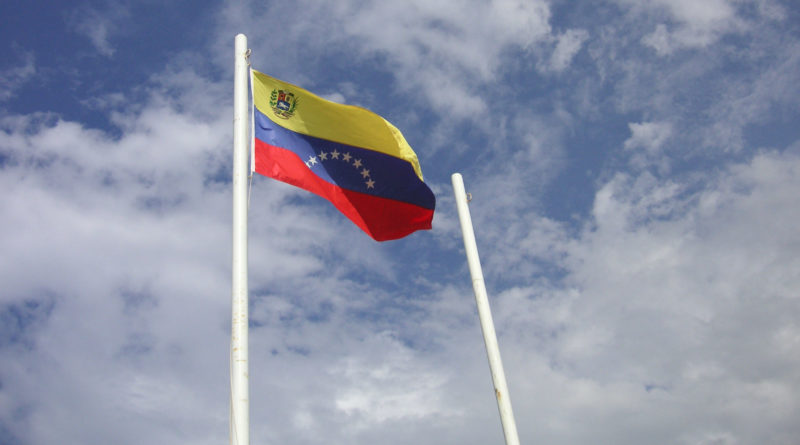 In open primaries conducted by the United Socialist Party of Venezuela (PSUV) yesterday, ahead of the parliamentary elections scheduled for December of this year, 3,162,400 registered voters went to the ballot box, and voting hours were extended until 10:00 PM in order to accommodate the lines at polling stations.[1] While most of the Venezuelan press, including those supportive of the anti-Chavista opposition, was reporting a significant turnout, the executive secretary of the opposition coalition, Democratic Unity Roundtable (MUD), sent out a tweet about the primaries:

The tweet by Torrealba was such an obvious falsification of reality that the government newspaper, Correo del Orinoco was among the first to report the “strange” (insólito) tweet in its online edition last night.

Headlines from some of Venezuela’s major online newspapers yesterday and this morning, painted quite a different picture:

Ultimas Noticias: Voters Consider PSUV Primaries Historic: The great turnout [gran afluencia] of the primaries of the PSUV caused the extension of voting hours to 10 at night this Sunday. (June 28, 2015, 10:54PM)

The massive turnout, more than sixty-five percent of the total 4,584,477 votes cast for PSUV candidates during the December 2013 municipal elections, also indicates the success of house to house campaigning and of steps taken by the PSUV to open up the primary process to new faces. Party rules provided that at least half of the 1,162 pre-candidates must be women and that half have to be under age 30. Of the pre-candidates that ran yesterday, 586 are reportedly men and 586 are women and 63 percent are between 21 and 30 years old; 30 percent of those elected yesterday were women. New rules issued by the National Electoral Commission (CNE) requires at least 40 percent of candidates (and not more than 60 percent) be women. The MUD, however, which would have to scramble to meet this threshold, is opposing the rule on constitutional grounds.

In a sign that the PSUV base was not intent on throwing out the old guard, 70 percent of those running for re-election won in the primaries. Also, unlike the MUD primaries, most of the PSUV pre-candidates for the primaries were chosen by the base in over 13,000 assemblies throughout the country.

Blanca Eekhout, legislator and pre-candidate of the PSUV for the fourth circuit of the state of Miranda said today that one objective of the campaign was to win a majority in the National Assembly “to prevent what they did to Manuel Zelaya in Honduras, and to Fernando Lugo in Paraguay, from happening in the case of President Nicolás Maduro. We cannot permit sectors that are absolutely committed to war, violence, the empire, intent on sacking the people, attain their objective.” (Eekhout was elected in yesterday’s primaries.)

Over the past two years there has been some push back against centralizing tendencies in the PSUV that resulted in a number of prominent Chavistas leaving the party. President Maduro has also been taking increasing heat from a dissident Chavista left, elements of which are now intent on running their own candidates for public office. This most recent primary process, however, appears to signal moves by the party leadership to revitalize the party in the direction of more democracy.

If last night’s demonstration of the persistence of PSUV party activism is a sign of what is to come on December 6, the PSUV combined with other Chavista parties may be able to maintain a majority in the National Assembly. It appears that despite the ongoing ravages of speculative capitalism, which continues to take its toll, especially on the working class and poor, the PSUV remains the party with the largest electoral base of support in the country.

Given this show of force for democratic procedures and the turnout at these PSUV primaries, Washington should rethink its support for the opposition, the more extreme elements of which have engaged in attempts at extra constitutional regime change. This is an opportune time for Washington to repeal the executive order declaring Venezuela a threat to U.S. national security, and appoint an ambassador to Caracas.

[1] This number is expected to increase as not all votes from the state of Delta Amacuro had been counted at the time of publication.

Note: Translations by the authors are unofficial.