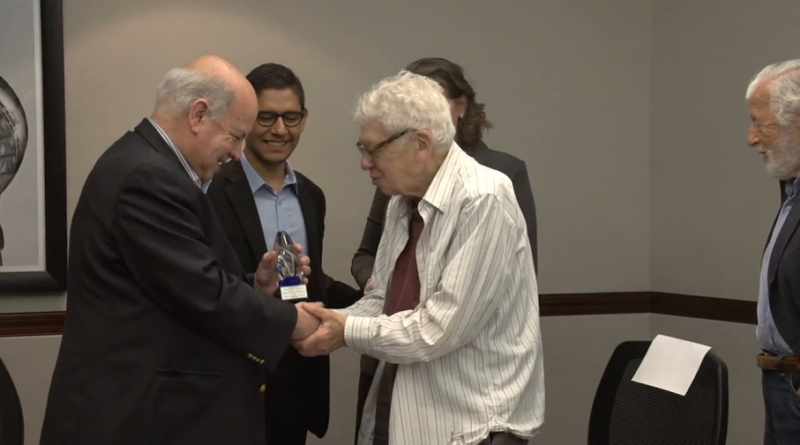 Kalman Silvert: Engaging Latin America, Building Democracy (Abraham F. Lowenthal and Martin Weinstein, eds., Boulder, CO: Lynne Rienner Publishers, 2016), details the life of an extraordinary human being and academic who provided a key link between academia and politics in the area of Latin American studies during the postwar period. The book’s format highlights the multiple stages of Silvert’s sadly short life (1921-1976) and the towering shadow cast by his career in a field struggling to define itself. Lowenthal and Weinstein do a first-rate job explaining how the preeminent Latin Americanist lived his life and made his distinct and still relevant contributions.

Although the organization of the contributions jumps both chronologically and between his academic, political, and personal lives, there is clearly value to the structure of the book. Each chapter describes a different stage of Silvert’s career or some aspect of his ideology, highlighting the diversity of his relationships. The structure also depicts the compelling nature of his personality and his indisputable accomplishments. Each contributor to the book had a close personal and professional relationship with Silvert and is thus able to provide a unique perspective as to how he lived his relatively brief but brilliant life. Some contributors provide insightful anecdotes of informal gatherings in Silvert’s home, in addition to descriptions of his professional projects and analyses of his research. Those of us who experienced his round-the-clock hospitality remember the casual but intense political discussions that took place in his ever-open kitchen. These rich illustrations of Silvert’s life give one an impressionable portrait of how he saw the world.

Silvert’s core values, according to Peter Cleaves and Richard Dye in chapter eight, were “democracy, empathy, equality, reason, and knowledge.” Each of these values guided Silvert’s emotional and intellectual life choices, as well as his writings and teachings. In creating his strong impact in the field, Silvert’s key strategy was to pursue these values while maintaining a balance between academia and political life. This sense of balance is also demonstrated by his choice of ideological influences. He was “firmly rooted in Enlightenment values of rationality and freedom,” and was convinced that education was essential to achieving democracy (41).

Kalman Silvert was careful not to overgeneralize in his analyses and was critical of the modernization theories of his day, which tended to be more monistic or rigid in nature. He rejected any supposedly ‘unbiased’ and ‘scientific’ boastings, recognizing that social science researchers must always choose a framework of analysis that implies some subjectivity. He was also wary of “‘technical’ solutions for perceived social problems,” such as reliance on agricultural and economic developments (123). Within these frameworks, he highlighted the importance of a moral stance and the operative role of ethics. As explained by his NYU colleague Christopher Mitchell, “in contrast to many contemporaries who lauded the contrasting goals including equilibrium, development, or revolution, he pointed the way to a process that would broaden human liberty, in accord with the ideals of Rousseau, Kant, and Locke” (37). His life’s work involved asserting the importance of democracy and opportunity for all people as well as exploring how to achieve these objectives (for example, he believed nationalism was a key component of democracy). Because he was unswayed by trends in essentialized, “scientific” models, Silvert was well respected from all political perspectives; he was neither known as too leftist in the United States nor as anything like a neo-imperialist by contemporaries in Latin America.

His Influence In Academia

Kalman Silvert was one of the most knowledgeable academics of the era and a giant within his field. As a result, several essays of the collection capture the various ways he worked to improve the competence of the products of his field. He “criticized both the amateurism of the professors and journalists who were entering the field” and the superficiality of “the educational institutions that were training (or failing to train) them” (98). His position in the field allowed him to eventually participate in the Commission on United States-Latin American Relations (the Linowitz Commission), where he was called upon to help “bring Washington’s understandings of the realities and stakes of US-Latin American relations up to date and into focus” (102). Silvert derived his copious expertise from his wide range of experiences; he lived in several Latin American countries including Argentina, where he taught at the University of Buenos Aires. By the end of his career, Silvert had developed a “deep contextual understanding of the region’s domestic affairs and international relations based on language, culture, and history” (176).

Silvert’s deep and diverse background of knowledge provided an incontestable usefulness to the field. He produced notable and lasting improvements in scholarship in Latin American affairs, with the purpose of contributing to the success of international policies, through his work at the Ford Foundation and his founding presidency of the Latin American Studies Association (LASA). For example, when social scientists in Latin America were facing persecution by authoritarian governments, Silvert worked at Ford to help them escape from the Latin American variant of fascism. He later encouraged them to seek democracy in their home countries. And his importance to the field did not stop at Ford and the founding of LASA; Silvert also made important contributions through his huge network of personal, scholarly, and institutional connections. He was one of the founders and early trustees of the Council on Hemispheric Affairs, where he served as a board member and worked closely with its director, Larry Birns.

Perhaps the most important aspect of Silvert’s career was his work in creating networks of scholars in a number of countries and disciplines and between academia and politics. He embraced an “openness to new forms of interdisciplinary and hemispheric collaborations” (176). Rather than getting caught in one focus, he “worked with scholars from many disciplines and many different countries to forge a profession and infuse it with scholarly and ethical norms and standards” (13). He was optimistic that U.S. interests could be made compatible with those of Latin American nations. Silvert was equally influential in creating networks between scholars in different regions at a time when such communication was rare. For this he is accurately described as a key “builder of transnational scholarly community” (101).

Similarly, Silvert integrated his background in social science into all of the projects he eventually undertook, including the founding of LASA. In the words of Yale University’s History and International Studies Professor Gilbert Joseph, “from the inception of Silvert’s founding presidency in 1966, LASA has always constituted a ‘big tent’ for scholars and agents of social change” (177). According to the friends and colleagues who wrote the series of essays that compose this collection, Silvert was a social scientist through and through, although he was also involved in many political associations and bodies. Rather than confining him to the small world of academics, however, this deep dedication to the social sciences allowed him to develop an ideology through which he could take charge of a classroom, a research team, an international initiative, or any sudden crisis situation resulting from an anti-democratic environment.

Although he accumulated a good deal of experience in politics, Silvert always maintained his reliably idealistic sense of morals and his insistence on an open society. This conviction is demonstrated by his speech at Dartmouth College in 1965. He decided during his flight back from the State Department to tell the students the truth about the lies that the U.S. government had told them regarding Cold War anti-communist justifications for interventions in Latin America. Morris Blachman and Kenneth Sharpe write about the speech, “you could feel the undercurrent of outrage that seethed beneath the logical, systematic, factual analysis. He was angry at officials not simply for what they had done but for their public lies and hypocrisy” (156). Undoubtedly, he truly believed in and upheld his morally conscious teachings throughout the various phases of his career.

Silvert was also incorrigibly vested with optimism. He had an “unshakable conviction that it was possible through thought to improve the societies in which one lived” (5). It is clear that Silvert exemplified this possibility through his life of teaching; his commitment to education made him an irreplaceable teacher and mentor for students with a swarm of adamant disciples by his side. Although his life was painfully short, it was extraordinarily rich in its impact. Indeed, Silvert has been profoundly missed by those who knew him. He is remembered as having always maintained his personal ethics and his keen passion for developing a range of students (including many of the contributors to this valuable book) who, mirroring himself, would go on to have influential careers in international and regional affairs.

By the Council on Hemispheric Affairs, Editorial Management by Research Associate Erika Sato