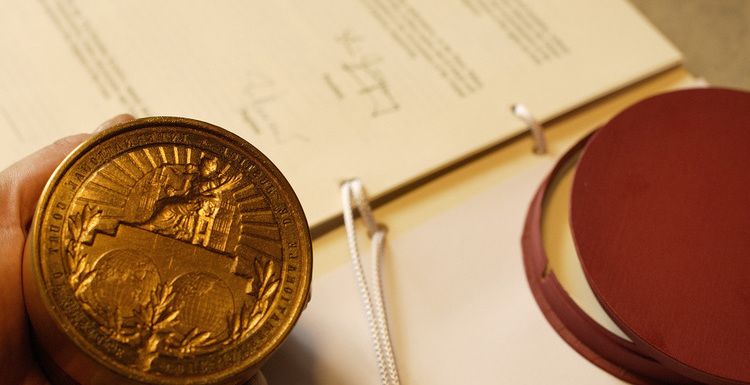 The events of this upcoming January 27, 2014 are likely to determine the short and long-term future regarding the relations between Peru and Chile. [1] On that date, the International Court of Justice (ICJ) in The Hague will announce its ruling on a long-standing maritime dispute between the two South American coastal states. [2]

In dispute is an area of approximately 38,000 square kilometers of the Pacific Ocean.[3] The nation that controls it will see great benefits to its fishing industry – the Peruvian media explains that this area is rich with sea life like the jurel and the anchoveta (of the anchovy family).[4] The association of artisanal fishermen of Arica in Chile have claimed that if the aforementioned disputed territory is surrendered to Peru, they could lose 40% of their fishing territory.[5]

Peru went to the ICJ to resolve this dispute in 2008; six years later, the court will finally give its verdict. [6] A December 2013 ICJ press release solemnly declares that, “It is recalled that the judgements of the Court have binding force and are without appeal for the parties concerned.” [7]

Both sides have put forward compelling cases by their advocates. Chile argues that Lima agreed to Santiago’s version of the border via agreements in 1952 and again in 1954. On the other hand, the Peruvian government argues that these accords addressed fishing rights, not the delimitation of the maritime border.[8] Lima also wants the ICJ to rule that the border between the two states was limited in a 1929 Treaty and a 1930 demarcation process.[9]

To protect their country’s interests at The Hague, Santiago and Lima have sent teams of international lawyers (interestingly Chile refuses to publicize the names and salaries of its lawyers) and diplomats, such as Peru’s renowned diplomat Allan Wagner.[10] Unsurprisingly, private companies involved in fishing are interested in the verdict, hence they have supported their respective governments; for example Angelini, a conglomerate of Chilean fisheries, has provided the Chilean Ministry of Foreign Affairs with information to back Chile’s claim.[11] Representatives from both governments have optimistically declared that the ICJ will rule in their favor.[12]

Historically, Peru and Chile have not had ideal inter-state relations dating back to the War of the Pacific. [13] That conflict lasted from 1879 to 1883 and involved Peru, Bolivia and Chile (the latter which received major amounts of military aid from the British Empire). This 19th century conflict has defined modern day inter-state relations between the three South American nations; due to the war, in which Chile emerged victorious, Bolivia was rendered a landlocked nation while Peru lost the copper-rich regions of Arica and Tarapaca.

Even though Chile and Peru have developed commercial and diplomatic ties, there are also occasional spikes of tensions between the two nations, such as Peruvian hackers reportedly attacking Chilean government websites and vice-versa.[14] There are also occasional low-key incidents that easily exacerbate nationalistic sentiments. For example, when a Peruvian tourist raised the Peruvian flag in Arica (a territory that Chile gained during the 19th century war’); he was arrested by the Chilean police.[15]

Moreover, there are also disputes over traditional goods such as Pisco, a famous Peruvian drink, that Chile claims was originally created in its country.[16] Additionally, both countries claim to that the potato originates in their respective territories.[17]

Furthermore, there have been occasions when ties between the governments turned tense and the possibility of armed conflict became a real option. In 1975, Peru almost initiated a war with Chile to gain back control of the territories lost during the War of the Pacific. More recently, in 2009 there was a diplomatic tiff when it was discovered that a Peruvian Air Force officer provided Chilean intelligence agencies with classified information.[18]

Nevertheless, the past and current record of disputes and incidents between the two states, Lima and Santiago actually have developed significant commercial relations between themselves. Both nations are part of the Pacific Alliance, a trade bloc of economically-vibrant Latin American nations.[19] Apart from strong trade relations there is a strong human connection between the two countries as Peruvian migrants in Chile have made a good living by opening restaurants that serve Peruvian food in the Southern nation.[20]

All former Chilean presidents recently met in order to discuss the case and have a united front between Chile’s political parties.[21] Chile held elections in late 2013 and former President Michelle Bachelet (2006-2010) won a new presidential term that will begin in March 2014.[22] She and current President Sebastian Pinera have also met to discuss the ICJ verdict.[23]

As for Peru, political figures are also calling for unity: Former President Alan Garcia Perez (1985-1990 and 2006-2011) has tweeted that the government should allow for businesses to open at 9am (Peruvian time) on January 27 so that Peruvians can watch the verdict at home. In his January 12 tweet, he also called for the Peruvian flag to be raised across the nation in a sign of national unity.[24]  At the executive level President Ollanta Humala gathered of former Peruvian heads of state this past Monday, January 20th, to discuss the maritime case.[25] The Peruvian leader head of state with met with leaders of major media outlets on January 13th to create a united national front before the verdict.[26]

In general, policymakers from both nations have declared that the ICJ’s ruling will be respected. Presidents Humala and Pinera met during a UN summit in New York this past September 2013, where they both declared to the media that they will respect The Hague’s verdict.[27]  More recently, in early 2014, there was a meeting between the governors of Peru’s Tacna and Chile’s Arica regions. The two regional governors signed a symbolic agreement in which both regions declared that they will respect the ICJ’s verdict. [28]

Finally, it is worth noting that in early January 2014, President Humala declared that he was confident that the “Chilean political class” is “sufficiently mature” to evaluate the cost of putting bilateral relations at risk if the ICJ’s verdict is not respected.[29] This statement highlights the potential for worst case scenario regarding the future of Lima-Chile relations in the post-maritime dispute era which will commence on January 28: How will a government react if the other ends up gaining control of the disputed territory?  Could an unfavorable verdict be enough of a justification to trigger a conflict between Peru and Chile? Will relations remain business as usual, or will there be some economic and/or diplomatic retaliation?

The ICJ and Supranationalism in Latin America

The issue of the ICJ’s upcoming ruling calls into question whether supranationalism is on the rise throughout Latin America, and whether regional states recognize the verdicts of international entities in order to obtain a (hopefully) impartial and a well-analyzed verdict on a dispute between Latin American nations. The maritime dispute between Peru and Chile is not the only Latin American case that the ICJ has handled in recent years.  In 2010, the court ruled on a dispute over a paper mill built by Montevideo on the River Uruguay, which borders Argentina and Uruguay.[30] Additionally, in 2012 the ICJ passed a verdict on a dispute over an archipelago and maritime territory that was being disputed between Colombia and Nicaragua.[31] Currently, Costa Rica and Nicaragua also have gone to the ICJ to resolve a border dispute.[32]

So far, the governments of Buenos Aires, Montevideo, Bogota and Managua have respected the ICJ’s verdicts. This is noteworthy but it should not be interpreted as Latin America having reached a tipping point and that Latin American leaders are giving up their country’s sovereignty to international agencies. If that was the case, entities like the Organization of American States, the Union of South American Nations or the Andean Community would have far more power over their member states than obviously is the case.

Nevertheless, the ICJ’s rulings signal a trend that Latin America is turning to international bodies to negotiate their disputes instead of starting armed conflicts (the author has previously written on the lack of inter-state wars in Latin America in a 2011 essay for Small Wars & Insurgencies).[33]

As January 27 approaches, we will see more coverage among the Peruvian and Chilean media regarding the probable scenarios regarding the ICJ’s verdict and what the future of Peruvian-Chilean relations will be. Certainly, the ICJ judges should not be influenced by how the verdict could (and will) it is likely to impact Peru and Chile, but rather should (and must) provide an objective and impartial analysis and judgement based on the information provided by Lima and Chile as well as their interpretation of the law.

With that said, it becomes the duty of policymakers and scholars to understand and explain how this dispute will impact bilateral relations and prevent worst-case scenarios (i.e. an armed conflict) either in the short or long term.

The maritime dispute between Peru and Chile is complex with both sides believing that they are right in their demands. Over the short term, the outcome will grant a country’s fishing industry access to a greater segment of the Pacific. But this dispute also signifies a matter of national pride between two nations that, while they currently have strong economic and human relations, continue to have inter-state tensions and mistrust due to a 19th century conflict that has shaped their national identities (particularly in the case of the nations that lost, namely Peru and Bolivia)

The respect, generally-speaking, of ICJ verdicts by other Latin American states and the context in which these are found, give hope that, whatever the verdict of this dispute, Lima and Santiago will respect it and the peaceful era it will most likely usher in.

[6] “Peru constitutes proceedings against Chile with regard to a dispute concerning maritime delimitation between the two States. International Court of Justice. Press Release – Unofficial. No. 2008/1. January 16, 2008. http://www.icj-cij.org/docket/files/137/14387.pdf

[8] “Maritime Delimitation between Peru and Chile.”  – Translation of the document “Delimitacion Maritima entre el Peru y Chile”, edited by the Ministry of Foreign Affairs of Peru and published in El Comercio newspaper (Peru) on 22 March 2009. Embassy of Peru – Australia.  http://www.embaperu.org.au/embassy/pdfs/Maritime%20Delimitation%20Peru%20Chile.pdf