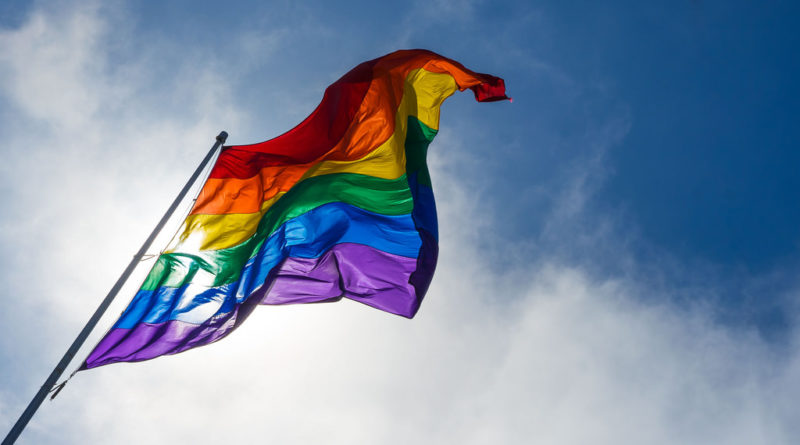 On June 13, the United States’ embassy in Kingston, Jamaica flew a rainbow flag—the international symbol of LGBT+ rights—at half-mast to commemorate the 49 lives lost in the June 12 shooting in Orlando, Florida.[1] Many U.S. missions and embassies around the world have flown the rainbow flag in solidarity with the victims of the largest mass shooting in recent U.S. history. However, the U.S. embassy in Jamaica was the only diplomatic institution that faced public criticism. Jamaica’s Attorney General Marlene Malahoo Forte responded by tweeting, “I strongly condemn #OrlandoNightClubShooting but find it disrespectful of Jamaica’s laws to have #RainbowFlag flown here. #MyPersonalView.”[2] Forte’s tweet only serves to embody and perpetuate the homophobia and marginalization that is characteristic of Jamaica’s laws and justice system.

Attorney General Forte was not the only Jamaican public figure who shared their thoughts on the Orlando shooting; Jamaica’s Prime Minister Andrew Holness was quick to tweet his sympathies, “The bullet of terrorism does not discriminate, it does not know gender, class or sexual orientation. We all grieve the 49 lives lost.”[3] Although Prime Minister Holness’ tweet was factually correct, it dismisses the fact that the shooting, itself, was motivated by homophobia and bigotry. It is appalling that two members of the Jamaican government to ignore the discrimination behind the attack.

Homophobia has permeated Jamaica, from society to politics to music to television.[6] Former Prime Minister Bruce Golding said during his election campaign in 2008, that homosexuals did not deserve to be in his cabinet and, in interviews, has openly acknowledged that Jamaica has “a long-standing culture that is very opposed to homosexuality.”[7] Another example of the homophobia is found in Reggae’s subgenre dancehall lyrics. The aforementioned “buggery” laws have been used by dancehall musicians to justify violent lyrics. Buju Banton’s infamous song “Boom Bye Bye,” is a startling example of violent lyrics encouraging people to shoot, skin, and burn members of the LGBT+ community and equating queer to “nasty” men. Furthermore, broadcasting companies have refused to air public service announcements that encourage residents to respect LGBT+ Jamaicans because the announcements were encouraging homosexuality and were therefore a violation of the “buggery” laws.[8]

Further exacerbating the homophobia is the fact that it is also legal in Jamaica to fire LGBT+ people because of their gender identity or sexual orientation.[9] Based on data collected by the Jamaican Forum for Lesbians, All-Sexuals, and Gays in 2012, 88 percent and 84 percent of respondents believed that male homosexuality and female homosexuality, respectively, is immoral.[10] The study also found that 75 percent of respondents were opposed to repealing the “buggery” laws.[11]

According to a Human Rights First report, many LGBT+ youths in Jamaica are living on the streets either because their families kicked them out or because they feared for their safety and fled their homes.[12] In an interview with the Human Rights Watch (HRW), Max, a gay Jamaican man, describes how people around him constantly threatened him because of his sexual orientation.[13] During one of these threats, a sympathetic elderly woman contacted the police to escort Max to safety; however, instead of protecting Max, the police handcuffed him and the proceeded to beat him. The HRW also interviewed a lesbian couple, with three children, who said that they have moved five times to escape threats of anti-gay violence. After they were sexually and physically assaulted by two men, the couple went to the police to report the incident but the police refused to file it because of the couple’s sexuality and the policemen’s belief that it was immoral. The couple has now received asylum abroad but they had to leave their children behind.[14] Unfortunately, these stories are not atypical for the LGBT+ community in Jamaica. The lack of support from the police makes it hard for the LGBT+ community to trust them, which often means that anti-LGBT+ motivated violence goes unreported and left unpunished.

One of the most disrespectful outcomes from Attorney General Forte’s tweet is that she is dismissing the rainbow flag being flown at half-mast because it does not fit into her view of the world, regardless of the fact that the Orlando shooting was directly targeting the LGBT+ community. It is impossible and irresponsible to remove the homophobic motive of the attacker from the attack itself, although Forte has tried to do so. Attorney General Forte’s and Prime Minister Holness’ comments perpetuate the homophobia and bigotry that not only socially marginalizes LGBT+ Jamaicans but also makes it more difficult for the LGBT+ community to gain basic human rights and protections. At a time of mourning, the Jamaican government should have taken this opportunity to promote a genuine dialogue about LGBT+ rights and the danger that anti-LGBT+ violence poses to the safety of LGBT+ citizens. Instead, they have chosen to criticize the United States for supporting the grief of its own LGBT+ community, while simultaneously dismissing homophobia-inspired violence in their own country.