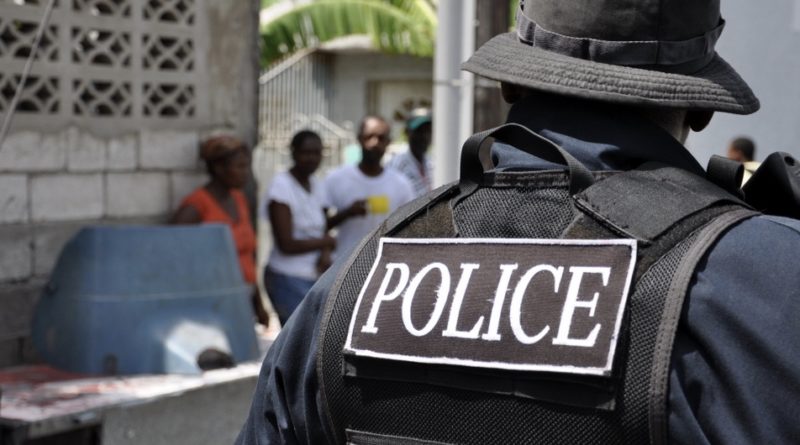 Since 2000, more than 3,000 people have been killed by law enforcement personnel in Jamaica.[i] Until recently, however, there has been little progress in addressing crimes committed by police. Though murders by law enforcement personnel have fallen since 2000, between January and October of 2016, police killed 92 people, which amounts to about two individuals a week.[ii] In 2011, constabularies killed 210 suspected criminals, and in 2013, 258. As it is, Jamaica has one of the highest crime rates in the world. At 43 per 100,000 murders yearly, it is the sixth most violent nation in the world. Law enforcement account for eight percent of those murders.[iii]

Criminal Activity Among the Police

Political parties in Jamaica have been largely polarizing and have created a dangerous environment in garrison communities. These communities are described as “a state within a state,” and are policed by gangs that have strict political ties.[iv] These gangs have been known to “kill on site” for committing such crimes as wearing the other political party’s color. Until now, law enforcement response to the record high crime rates has been to “fight violence with violence.”[v] Experts have called this tactic ineffective and short sighted, and criticized that it did not target the root causes of violence.

Law enforcement has been allowed to go unregulated and has committed heinous crimes against suspected criminals and their families. In July 2016, Amnesty International published a report documenting the nature and extent of the criminal activity amongst law enforcement. The report highlights the culture of fear created amongst women and families in lower income communities through extrajudicial killings to avoid arrest and lengthy criminal proceeding, unlawful killings, harassment, and threats to silence those left behind. The report exposed a variety of human rights violations and other illegal criminal procedures. Law enforcement has unlawfully detained and beat suspected criminals. Witnesses have reported that law enforcement personnel have shot suspected criminals and left them to bleed to death. One family reported that as they were mourning over the body of their loved one, the police attempted to steal the casket out of their home, possibly to prevent the family from having an autopsy done to determine the cause of death.[vi]

Law enforcement has also implemented deliberately criminal tactics to silence family members of those killed. There have been reports of assaults, unauthorized discharge of firearm, shooting injuries, systematic intimidation, harassment, and unlawful entry. Family members have reported threats at home, work, hospitals, and even in courtrooms. At its worst, family members report that police officers have assaulted and raped female family members and murdered intimate partners to keep families silent about illicit police acts.[vii] [viii] Law enforcement has been accused of altering crime scenes in order to justify the murdering of suspected criminals. They are accused of planting weapons on victims, and executing “planned operations” which are often planned verbally and utilize unnecessary force.

On August 16, 2010, the Independent Commission of Investigations (INDECOM) took over for the Public Police Complaints Authority to investigate allegations of actions by the Jamaica Constabulary Force (JCF) that have resulted in death or injury of private citizens and/or abuse the rights of individuals.[ix] [x] INDECOM investigates cases of police malpractice. Private citizens can call them when they believe their rights have been infringed or that the police have acted extrajudicially or unlawfully. INDECOM has brought charges against nearly 100 officers with various offences. Only eight cases completed the trial process and only one reached a murder conviction. In 2008, George Washington University and Jamaicans for Justice reported that less than 10 percent of all cases of police killings reached criminal courts.[xi] INDECOM has found that security forces work under difficult conditions: long hours, low pay, little respect for work-life balance, and dangerous working environments. Between 2005 and 2015, 27 on-duty officers were killed in security operations.[xii]

However, difficult conditions are hardly justification for violating human rights and murdering people who have not been given the chance to speak for themselves before a court of law. Though the amount of weekly police killings in 2016 is staggering, it is an all-time low for Jamaican law enforcement. However, many believe this temporary lull in police murders is a result of the Amnesty report and INDECOM interference. The Jamaican government has responded to INDECOM with much resistance. When the People’s National Party (PNP) was in power under Former Prime Minister Portia Simpson Miller, the government criticized the watchdog of “tying the police’s hands with overzealous investigations.” Though, the current administration under the Jamaica Labour Party (JLP) has promised to come down on lethal violence from police, they have yet to make any real progress in this area. Analysts at Amnesty International believe the decrease of annual police killings seems to stem more from INDECOM and Amnesty interference than JLP mandates. The government also denied requests from Amnesty International to meet with the Minister of National Security and with junior officers from the JCF.[xiii]

Additionally, the Special Coroner’s Court was established in 2011 by the Miller administration to determine the cause of death in police killings. Their only purpose is to determine whether or not a killing was lawful, and deliver that information to the Office of the Director of Public Prosecutions (DPP), which is supposed to decide whether or not to prosecute. They cannot determine individual criminal responsibility nor make policy recommendations to prevent future fatalities.[xiv] Like INDECOM, the Special Coroner’s Court has been largely unable to achieve the full extent of its purpose. They have been budgeted only $24,000 (USD) yearly to cover the salaries of one judge, support staff, and the administrative needs of the court.[xv] Additionally, the DPP frequently diverts cases to the court that should be out of its jurisdiction. The amount of cases brought before the Special Coroner’s Court doubled in 2016. They only have the resources to try 30 cases a year, but are responsible for 300 to 400 cases.[xvi]

The Commission of Enquiry was established in December 2014 to investigate the killings that took place during the State of Emergency imposed on May 23, 2010 where 69 people were allegedly killed by police officers in their search for a criminal drug don.[xvii] The Commission published a report in 2016 that made several recommendations for law enforcement. The Defense Board, featuring Prime Minister Holness, the Ministers of Justice and National Security, the Attorney General, and the Chief of Defence Staff of the Jamaica Defense Force, met on June 17, 2016 to discuss the report. However, there is no information on what the specific recommendations were and whether or not the government has chosen to impose them.[xviii]

Beginning in 2017, the Jamaican government accepted $23 million (USD) in aid from the European Union (and other aid packages from Canada and the United Kingdom) to implement reforms in the justice sector. Court proceedings are slow; there is a five year delay between when charges are brought and when trial begins. The Holness administration claimed the reforms would resolve the delays in prosecution and reduce backlog, but would also call for more courtrooms and judges. Meanwhile family members must wait to hear their cases tried, and witnesses succumb to the threats against them and either leave or die.[xix] Authorities allow extended time between charging and trying the police so that cases may fall apart. The Holness administration should hire the judges and build the courtrooms it needs to alleviate the backlog. The government also needs to institute safety measures for witnesses so that they do not feel their lives are at risk if they choose to testify for the advancement of justice. Instituting INDECOM as a measure to keep police accountable was beneficial, but the government needs to continue to verbally and financially support the program, institute policies that encourage the police to cooperate with INDECOM investigations, and to increase INDECOM and the Special Coroner’s Court budgets. Reforming the justice system cannot happen overnight, but the Holness administration needs to show it is making efforts to move in this direction.

Outcomes of the May 2017 Conference

Between May 31 and June 2, Jamaican leaders met at the inaugural Caribbean Use of Force in Law Enforcement Conference at the Jamaica Conference Centre in Kingston. The three-day conference, initiated by INDECOM and the United Nations in Jamaica, was called to address the “over-reliance on the use of force in policing.”[xx] Prime Minister Andrew Holness saw the conference as an opportunity for the government to restate its commitment to the advancement of human rights and the development of rights-conscious law.[xxi] This conference was likely a way for the Holness administration to execute its promises to target criminal activity amongst police and law enforcement.

Prime Minister Holness announced that the government is working to address the over-reliance on force in law enforcement. He accepted that the current method has not been successful in creating order and that law enforcement needs to work on a standard that is “rights-conscious, citizen-conscious, [and] evidence based.”[xxii]  He asserted that the government is creating means to ensure law enforcement operate in such a way that “creates trust, builds confidence, [and] bridges the gaps,” and creates a culture where there is no fear of the police, and only cooperation between police and citizens.[xxiii] Prime Minister Holness wants INDECOM to not only work against criminal activity amongst police, but also to support the police in reaching these standards.

The conference was intended to consider the issues of the police force and establish procedures and protocols to strengthen the relationship between communities and law enforcement. It aims to make progressive steps toward reinforcing public support for safety and the rule of law.[xxiv] The objectives of the conference were to draft a “Model Use of Force Policy for Caribbean Security Forces,” to encourage implementation and improvement of legislation and policy, to implement upgrades in training, and to assist supervisors and oversight institutions (such as INDECOM and the Special Coroner’s Court) in their scrutiny.[xxv]

Luis Moreno, the Ambassador of the United States to Jamaica noted that the conference should facilitate continued dialogue between the police and the community. David Fitton, the High Commissioner of the United Kingdom to Jamaica added that the United Kingdom also fails in the misuse of force in law enforcement and hopes that through supporting dialogue in Jamaica, the United Kingdom will be able to provide a basis for a model policy in the future. He also noted that if Jamaica can reduce police shootings by 5 percent in the next few years, the nation could have an immense impact on the use of force in other Caribbean nations. The conference has been supported by the UK’s Department of International Development and the United States Embassy in Jamaica.[xxvi]

The government has made significant promises about what it will do in the next few months and years to address extrajudicial and unlawful killings by police. Dialogue is a commendable first step towards police reform. The Holness administration should also carefully take into account Amnesty International’s recommendations to increase INDECOM’s budget, remove all officers and units involved in extrajudicial fatalities, and sign the International Convention Against Torture.[xxvii] Additionally, the Holness administration will have to prove that this conference has not just been conjecture to win over the poorest in the nation, but words that will turn into action benefitting these grieving families.

[ix] “About us,” The Independent Commission of Investigations, accessed July 7, 2017, http://www.indecom.gov.jm/about_us.htm.