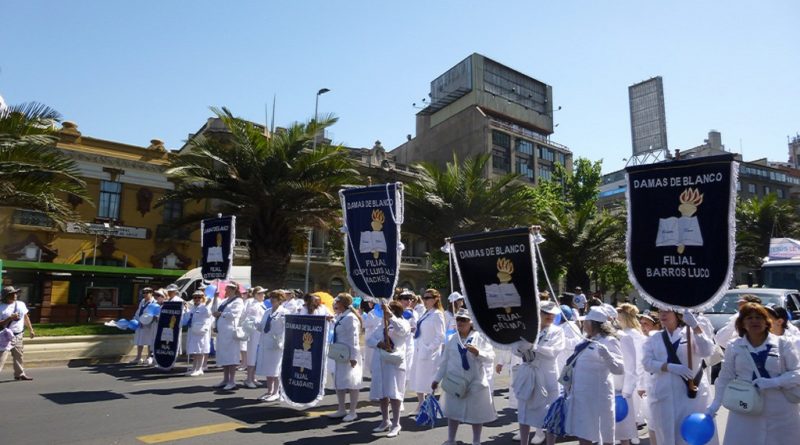 Disclaimer: The views in this article represent only those of the authors, and do not necessarily reflect the views of COHA or its staff.

By Blake Burdge and Laura Schroeder, Research Associates at the Council on Hemispheric Affairs

A Hero’s Convictions: Today, More Relevant Than Ever

“Liberty is the right of every man to be honest, to think and to speak without hypocrisy.”

These are the words of José Martí: poet, journalist, revolutionary, and martyr. The 19th-century intellectual who advanced the Cuban struggle for independence from Spain was an adamant advocate of freedom of speech and the free flow of ideas. Twice exiled from Cuba for his subversive political activities,[i] Martí is now venerated in homes, businesses, and streets throughout the island in portrait form.

Ironically, in the very society that celebrates Martí, reliable information is often hard to retrieve, misleading, or opaque. What is more, Cuba has been called one of the most repressive countries in terms of freedom of speech in the Americas.[ii] Despite slight improvements starting in 2015, Cuba has one of the lowest internet connectivity rates in the world. It is estimated that 25 percent of Cubans regularly use the internet and only 5 percent of houses are connected to the web.[iii]

Cuba stands at a political, economic, and social turning point.[iv]  In 1961, the United States severed ties with Cuba following Fidel Castro’s revolution and tightened the embargo that was first instituted by President Eisenhower. The U.S. also sponsored an invasion of Cuba by CIA-trained Cubans preceding Cuba’s shift to the communist bloc. In 2014, then-president Barack Obama took steps to normalize relations with Cuba, but Donald Trump recently announced plans to roll back many components of these changes. Article 19 of the Universal Declaration of Human Rights maintains that everyone has the right to access information.[v] However, the Cuban State has prohibited this provision, concealing and censoring information.

The Cuban government has strict control over all facets of the nation’s education system. Under Fidel Castro, it directed large sums of Soviet funding to educational institutions.[vi] Although the country achieved an almost-universal literacy rate,[vii] control over education tightened. Article 39 of the 1976 Cuban Constitution explicitly states that education is built upon “Marxist and Martian ideology”[viii] and “communist training.”[ix] This legal pretext has led the Cuban government to control all aspects of educational activity. Textbooks are written by the government to the patriotic tune prescribed by the constitution, while all other books are required to be approved by the government before publication.[x] While other nations undoubtedly direct classroom curriculum, Cuban instructors and school administrators have nearly no autonomy over lessons.

Perhaps the most difficult aspect of Cuban society is to assess the state of the economy. International organizations are not completely able to fairly analyze the performance of Cuba’s economy, as the government either prohibits them from entering the country or does not provide sufficient information when reporting to external parties. In fact, there have been multiple instances in which Cuba has been excluded from international indices due to lack of reliable economic information, usually resulting from the government’s failure to publish its methodology for measuring economic indicators like Gross Domestic Product (GDP) and Purchasing Power Parity (PPP). The most notable of these occasions was in 2001 when the United Nations Development Program chose to exclude Cuba from its annual Human Development Index, a measurement that generally favors Cuba’s domestic policies.

Abuses of Freedom of Speech

Furthermore, although the Cuban Constitution recognizes freedom of the press, most of the country’s media is state-run, and journalists continue to be harassed and jailed in harsh conditions. There are five national newspapers, each published by arms of the Communist Party of Cuba, the only political party permitted in the country. Expression can–and has–landed individuals in prison.[xi] Article 39 of the constitution states that freedom of expression is legal, with the condition that it “is not contrary to the revolution.”[xii] This constitutional restriction on freedom of expression has resulted in the punishment of many Cuban citizens. Cuban prisons are overcrowded and prisoners are made to work 12 hours a day, as artist Danilo Maldonado Machado, who sees his pieces and performances as a way to undermine the monopolization of information by the State, discovered.[xiii] As part of a performance piece, Maldonado painted the names “Raúl and Fidel” on the backs of two live pigs. He had planned to release the animals in public to reinforce his message of freedom of speech but was imprisoned for 10 months for this act in 2015. The dissident artist was confined once again when he wrote “se fue” (he’s gone) on a wall shortly after the death of Fidel Castro in late 2016. Upon identifying Maldonado, police violently dragged him out of his apartment and beat him continuously as they took him to jail, where he continued to be physically assaulted.[xiv]

Journalists who report on Cuban government activities are subject to unlawful detainment. According to the Cuban Commission of Human Rights and National Reconciliation (La Comisión Cubana de Derechos Humanos y Reconciliación Nacional), there were 114 political prisoners as of June 2014.[xv] Lazaro Yuri Valle Roca, a blogger who covers anti-government demonstrations, was jailed for five days, beaten, and released without charges. Lawyer Daniel Domínguez López was detained after investigating a case that implicated a National Revolutionary Police officer in a deprivation of property case. Domínguez López and his family had received a perturbing series of death threats. The same year, fellow reporter Elaine Díaz’s laptop was confiscated by the State.[xvi] Reports of independent journalists and bloggers being prohibited from covering protests by human rights activism groups such as The Ladies in White and Todos Marchamos have also surfaced. State security agents blocked their office door, declaring, “Today you are not going out.”[xvii]

To this day, Martí whispers his legacy throughout households and businesses of Cuba, but how his story is employed varies. As Fernando Ravsberg, a Havana-based blogger, stated:

Marti in a way, is like chewing gum, malleable to all interpretations…You will never see on there that quote about how he “lived inside the monster and thus knew its entrails well,” in reference to his time spent in the US. Here in Cuba, they will never mention Marti’s critique of socialism, which when read today, in the context of the ongoing reforms, seems remarkably far-sighted and brilliant.

While selective condemnation of limits to freedom of speech should not be condoned, it is apparent that Cuba has failed to uphold these principles. If Cuba wants to accurately honor Martí it should ensure that transparent information is made available and that its reproduction is not discouraged.  From misinformation in the public education system to gaps in official economic statistics released by the government to acts of violence aimed at silencing dissenting opinions, Cuba is doing a disservice to the legacy of its hero at the cost of silencing those who admire him.

Naturally, it would be remiss of the United States to criticize Cuba for abuses of freedom of speech without addressing the actions its government has taken that directly undermine human rights, particularly for marginalized populations, in Latin America. Regardless, these are worrisome trends that deserve attention. Despite having one of the highest literacy rates in the world and boasting a robust national healthcare system, the lack of transparent information and censorship of dissenting opinions in the nation is perturbing.[xviii] Assuming that this is a priority for leadership, the Cuban government must allow greater freedom of thought, expression, and information in the best interests of serving its people.

By Blake Burdge and Laura Schroeder, Research Associates at the Council on Hemispheric Affairs