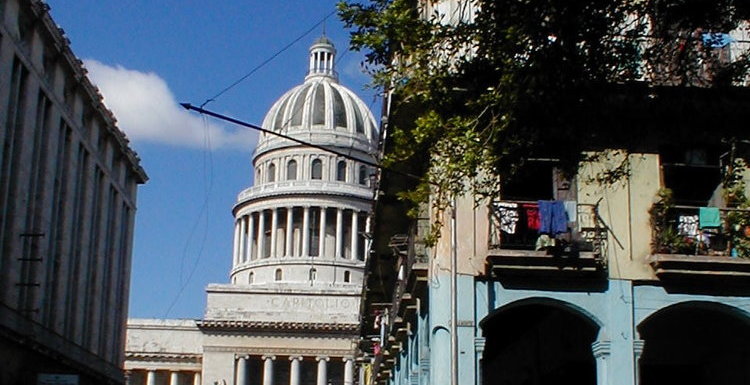 The Cuban government’s timetable for conversion from two currencies to one is inexact, but not of marginal importance. Since the government announced the end of the dual currency in October 2013, Cubans have been waiting for clarification about the process. Resolutions 19, 20 and 21 of 2014, published on March 6, 2014 attempted to explain the steps necessary to convert to a single currency. However, there is still no indication of when this conversion will actually occur, except that it should be completed by 2016.

Cuban monetary policy has developed over the last several decades in response to political and economic events outside Cuba. When the communist bloc disintegrated in the early 1990s, Cuba entered what was called a “special period in peacetime” that brought high inflation, battered the economy and led to major changes in Cuba. The Cuban government sought increased revenue through tourism and economic investments from abroad, and the U.S. dollar circulated as the currency of trade and tourism. A convertible Cuban currency was introduced, since the national money, the CUP (Cuban peso), was not being accepted outside the country. The CUC (convertible peso) made little headway against the dollar until 2004 when Cuban authorities officially ended the use of the dollar as currency in Cuba and established the CUC as an official currency, creating the dual system. One CUC equaled one U.S. dollar. This gave the Cuban government greater control over the circulation of currency and foreign exchange.

Tourists in Cuba purchased CUCs with Euros, pounds sterling or U.S. dollars and used them in Cuba to pay for goods and services in cash. They could then convert their CUCs into hard currencies upon leaving Cuba. At first, the dollar and the CUC brought many benefits to Cuba. The government gained greater control over the money supply and could stabilize the Cuban peso. It also permitted Cuba to insure that spending by foreign tourists did not inflate the cost of essential goods and services to Cubans. Foreign tourists found that prices in CUCs were equal to dollars, but high by Cuban standards. Cuba did not want to sell itself cheaply by allowing foreign tourists to use the national currency, which traded at twenty-four Cuban pesos (CUP) to one CUC. One example is the price of a ticket to enter the Bellamar Cave near Matanzas. The cave is large, with many pools and stalactites and a popular site with locals as well as foreign tourists from nearby Varadero Beach. Cuban nationals, with identification, pay five Cuban pesos to see the cave. Foreigners pay five CUC and are prohibited from using local currency, meaning tourists pay twenty-four times as much to see the cave. This dual currency allowed Cuban citizens to get by with salaries averaging several hundred pesos per month, but that equaled only ten or fifteen U.S. dollars. Cuban citizens receive ration books that allow them to purchase staples at government stores for very little money. But it soon became apparent to many Cubans that the dual currency system presented many problems and distorted the local economy, as Cuban citizens received their salaries in the CUP. This created two classes of Cubans: those with access to CUCs and those without the benefit of access. As a result, there were instances of university professors becoming tourist guides, dentists working as hair dressers and doctors moonlighting as taxi drivers.[1]

Cubans who worked in the tourist industry had access to the more valuable CUC, which was needed to purchase imported goods and could be exchanged for foreign currencies. A waiter or a taxi driver might get a tip of several CUC for one meal or ride. At the exchange rate of 24–to-1 a few tips might equal one month’s pay for a factory worker or a public employee. Access to the valuable CUC meant anyone in the tourist industry benefitted greatly from the ability to purchase a variety of imported goods available only in tourist stores that used the CUC. Other Cubans had little hope of saving enough money to buy such luxury items as imported shampoo, deodorant, wine or whiskey. Nor does there seem to be a relationship between effort and reward on the job, as productivity decreased and morale declined.

Cubans are now in the midst of many economic changes, as they may buy and sell their homes and automobiles and operate small businesses. The center of Cuban cities contain many tiny shops, some being no bigger than a window onto the street, in which clothing, comestibles, CDs and other items are for sale. There is a commercial liveliness that does not rely entirely on the tourist trade. However, the dual currency still restricts what items can be sold in small shops. Only government-run stores may sell imported items that are priced in CUCs. Many Cubans hope the unification of the currency will mean higher salaries and an equalization of economic opportunity for all Cubans.

“Getting rid of the dual system will not only improve indicators such as true value of production and profitability, but also take the workers into account in a more conscious way, as they will know the true value of their input,” said Joaquin Infante Ugarte, adviser to the president of the Cuban National Association of Economists and Accountants (ANEC).[2]

In 2011 theCommunist Party congress approved policy guidelines to unify the country’s currency. There was no timetable for the completion of this task, although the October 2013 announcement that the process would be complete by 2016 indicated that the government wished to proceed slowly. This leads many Cubans to question how the process will work. “This will not resolve anything for the people of Cuba,” said one skeptical Cuban. “But it is the first step needed to achieve, little by little, the equalization of the currency.”[3] The completion of this process is referred to as “day zero,” when only the Cuban peso will remain, and it will be convertible into foreign currencies.

The task of separating two currencies is not an easy one. Resolution 19/2014 indicated how inventories and money balances will be reported. Resolutions 20/2014 and 21/2014 provide guidelines on how prices will be set on wholesale and retail items. Even so, the regulations are complex and imposing a new set regarding the national currency is sure to create confusion and unintended consequences. Will the government be able to control inflation as prices rise? When will workers see meaningful increases in their paychecks? Will Cuban commodities and export products have a greater comparative advantage, reducing balance of payments problems? And, the biggest question of all is whether the gradual approach favored by the government will work. The alternative is what economists Pavel Vidal Alejandro and Omar Everleny Pérez Villanueva call the “Big Bang.”[4] They reflect on the impact of currency unification on banks, balance of payments, inflation, foreign investment, domestic firms and Cuban families. However, they also suggest that a slow path to unification may result in intermediate problems and confusion and an alternative could be a more sudden conversion, bringing both a short-term shock as well as ending uncertainty. Either way, the process will present problems. One critical piece will be the exchange rate determined by the government.

Currently, the CUC equals the U.S. dollar. But raising the Cuban peso to parity with the dollar would create many problems, even though it would mean a large increase in wages for Cuban workers. With parity to the dollar, all Cuban commodities and products would cost much more to produce and the impact on Cuba’s much-needed exports would hurt the economy. However, if the Cuban peso is valued at twenty-four to the dollar Cuban products would be very cheap and exports would increase, but at the expense of Cuban workers who would see no benefits. Economists Vidal Alejandro and Pérez Villanueva speculate that the value of a unified Cuban currency to the dollar will ultimately be somewhere between 5-to-1 of 10-to-1. This is a rate of devaluation of severe proportions and could lead to unchecked inflation unless the government can control the economic fallout. Whatever the new valuation of the Cuban peso, there will be consequences that benefit some parts of the economy and punish others. Some state-owned businesses may need to be dissolved, leaving workers without jobs. Other enterprises may find new opportunities and create additional jobs.

Cubans have weathered many economic changes, and the unification of the peso is simply one more to get through. But the stakes are high and the average Cuban receives very little information about how the process will unfold and when these changes will occur.