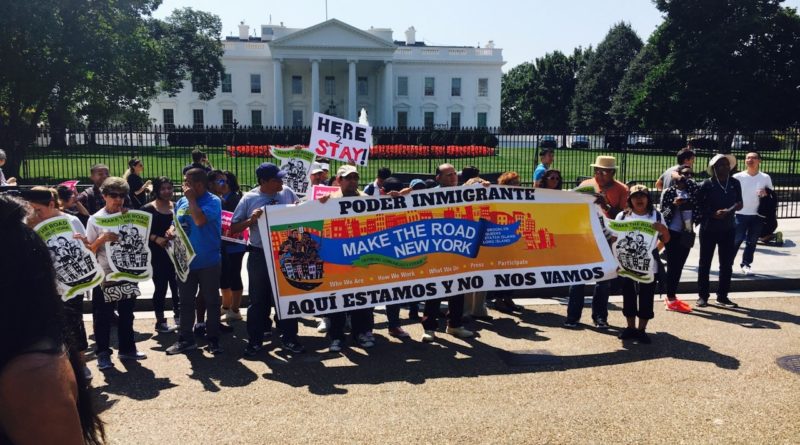 By R.O. Niederstrasser, Research Associate at the Council on Hemispheric Affairs

Moments after Attorney General Jeff Sessions’ announcement to end the immigration policy Deferred Action for Childhood Arrivals (DACA), hundreds of people gathered at the White House to protest against the decision. Led by several immigration and social advocacy organizations like CASA and Make the Road New York, they united their voices under the chant: “We are not one, we are not ten, we are millions, count us well.”

DACA, an Obama-era policy, allowed around 800,000 undocumented residents in the United States to extend their parole, work, get driver’s licenses, and pay state tuition fees to attend college. To qualify for this program, recipients had to meet certain criteria. For example, they had to be registered before the age of 16, have a clean background check, and have lived in the United States continuously since June 15th of 2007. With this decision, no new DACA recipient’s legal permits will be processed after the current expiration date. In addition, no advance parole to travel abroad will be available either.

Mary E. Kusler, Senior Director of the National Education Association’s Center for Advocacy, who attended the event, says the government is breaking apart families and deporting hardworking individuals who deserve to stay in the country.

“This is going to impact people, who have done everything right by going to school and getting jobs. They are contributing to our society like every American should. They have no other home but this one,” she says. “We need to stand up for the people, and make the President and Congress know they [immigrants] deserve more than this.”

Lead organizers and speakers at the protest pledged to fight against the decision and advised Dreamers not to be scared. “Look around you, you are not alone.”

For the Trump administration this is yet another controversial campaign promise they have fulfilled. During his presidential run, Trump referred to DACA as “illegal amnesty.” According to the Attorney General, the DACA program was unconstitutional and needed to be ended. This decision will have negative consequences for millions of people in the United States, most of them living in Texas, California, and Illinois.