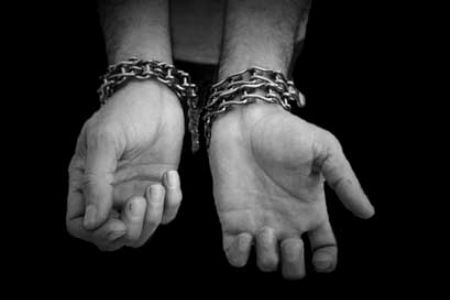 On Friday, November 16, the Council on Hemispheric Affairs (COHA) released a special report on human trafficking in Latin America and the United States in its biweekly print publication, the Washington Report on the Hemisphere (WRH). The content of the WRH is normally available only to subscribers, but, due to the pressing nature of the topic at hand, COHA will be making this edition open to the public.

Marita Verón: A Catalyst in the Fight Against Sex Trafficking in Argentina

On April 3, 2002, twenty-three year-old Marita Verón was kidnapped in the northeastern Argentine province of Tucumán. Marita’s mother, Susana Trimarco, has been looking for her ever since. Ms. Trimarco’s relentless search has not only raised wide scale awareness for a nation previously ignorant of its brutal and growing sex trafficking industry but has also led to significant advances in anti-human trafficking legislation in Argentina. Even though the nation has progressed considerably in the struggle against this modern form of slavery, Argentina still has much room for improvement, especially as it faces major corruption and cooperation issues.

Guyana is a major source country for the trafficking of men, women, and children in the prostitution and forced labor industries — an illegal business widely characterized as a form of modern-day slavery. In order to understand the magnitude of the human trafficking problem in Guyana, one must identify the groups that are most vulnerable while considering how the Guyanese government has thus far tried, and failed, to address the issue.

Closer to Home: Human Trafficking in the USA

As the self-anointed human trafficking police force, the United States has often forgotten to trafficking is a major issue within its own borders. Recent examples of child sex trafficking just outside the nation’s capital have led the country to reconsider the complicated definition of human trafficking and the stereotyping of victims.

Sex Tourism and Trafficking in the Dutch Caribbean

In the majority of Caribbean islands, the purchase and sale of sex are illegal activities. The Dutch Antilles, however, provide a special opportunity for the commercial sex industry not legally available in the rest of the Caribbean. Although the legalization of prostitution in the Dutch Antilles apparently allows for stricter regulation and better protection of sex workers, under the surface, many domestic and foreign women are still trafficked and exploited within the system.

Colombia and Peru have more in common than the continent’s longest mountain range. Today the two Andean nations face severe scrutiny from the international community as they attempt to deal with one of their most pervasive issues: human trafficking. The two countries face similar trafficking issues and both have achieved various levels of success in meeting international standards against human trafficking, but their governments’ approaches toward prevention and prosecution differ significantly.