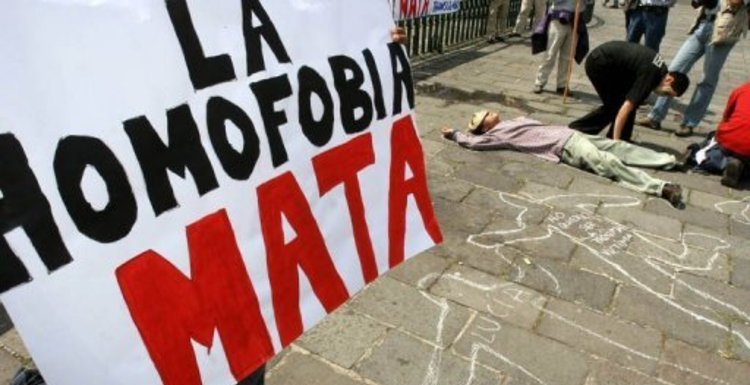 A mother catches her 15-year-old girl engaging in homosexual acts. She subsequently sends her to a Christian-run institution that advertises services to “cure” homosexuality. The young girl is tortured with electric shocks, prohibited from bathing, raped by men, and physically abused. [1]

If this account sounds like the plot of the popular television show American Horror Story, it may come as a shock to realize that countless cases just like the aforementioned one are currently being uncovered in Ecuador. The previously mentioned girl is now 25, and her traumatic experience is not an isolated case. Countless other men and women, including Ecuador’s openly gay Health Minister Carina Vance, have received “treatment” in these institutions, which are often singularly advertized as rehabilitation clinics for alcoholics and drug addicts, but are also used as covert “anti-gay conversion clinics.” [2]

Ecuadorian officials are attempting to shut down these clinics, particularly following the death of two patients in the past year. Ending the practice faces many obstacles, however, as family members are oftentimes the ones referring the relatives they believe to be engaging in homosexual acts to these clinics, forcing them to receive so-called treatment, in a grossly misguided attempt to “cure” them. Furthermore, it is legal in Ecuador to send alcoholics and drug addicts to rehabilitation clinics without their consent, as long as a judge approves their treatment. Poor regulation of these clinics also creates circumstances where patients are often subjected to the inhumane practices of “anti-gay conversion therapy” without notice or objective oversight. [3]

The root behind this entrenched homophobia reveals an informal mafia dedicated to a violence-driven elimination of homosexuality in Ecuador, drawing some parallels to the current homophobic movement in Russia, called “Occupy Pedophilia.” [4] While Ecuadorian officials work to close down these hair-raising clinics and bring human rights abusers to justice, it is important to reflect upon the fact that while most nations are moving towards a more accepting and progressive world view in which all humans are treated with respect, regardless of sexual orientation or gender, many people remain constrained by oppressive cultures that enable human rights abusers.

Human rights advocacy groups now must pressure President Rafael Correa’s administration to follow through with the difficult task of shutting down these clinics and prosecuting the human rights abusers. However, it is simply not enough to close down these clinics and punish the perpetrators. The Ecuadorian government needs to send a strong public message that aligns with the internationally accepted stance that discrimination based on sexual orientation is a crime that will not go unpunished.

Nicole Wasson, Research Associate at the Council on Hemispheric Affairs