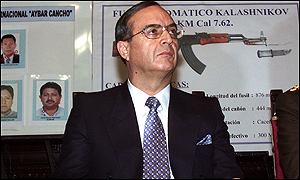 At the time of this writing, the Western Hemisphere, and Venezuela in particular, continues to wait for news regarding the fate of President Hugo Chavez, who is in a Cuban hospital recuperating from several rounds of surgery meant to treat his recurring cancer.  The Venezuelan leader was re-elected for a new presidential term (2013-2019) on October 7, and was scheduled to be inaugurated on January 10. Nevertheless, Chavez has been in Cuba since mid-December due to his latest surgery and, for the past weeks, there has been a constitutional crisis brewing in Caracas regarding what would happen in the case Chavez is unable to return to Venezuela by January 10. Ongoing rumors suggesting that Chavez may be at death’s door have also raised questions regarding the legitimacy of the due process affecting his possible succession.

The possibility that Chavez’s time as head of state of Venezuela may be coming to an end (he’s been president since 1999), has prompted a plethora of analyses in recent weeks regarding the outspoken president, including his domestic and international policies, as well as his legacy. For example, Foreign Affairs has published an analysis entitled “Chavismo after Chavez,” [1] while Al Jazeera‘s website recently released a commentary entitled “Venezuela: Prospects fading for truly revolutionary change.” [2]

Analyses regarding Chavez and his presidency seem to concentrate on some of the most well-known current events, such as his relations with Washington, his rapprochement with countries like Iran and Cuba, his use of Venezuelan oil as a political weapon, the billions of dollars spent to buy military technology from Russia and the creation of Chavez’s political initiative, and finally the Bolivarian Alternative for the Americas (ALBA). Domestically, analyses on the president and chavismo revolve around Chavez’s popularity among Venezuela’s lower classes, the rise of the United Socialist Party of Venezuela (PSUV) as a dominating political party, and government crackdowns on independent anti-Chavez media outlets. Even so, there are certain not-so-well-known facts of Chavez’s life, particularly those that occured during the early stages of his presidency, such as his relationship with Alberto Fujimori, who ruled Peru as a dictator throughout the 1990s.[3]

Today both Chavez and Fujimori are gravely ill – family members and supporters of the former Peruvian dictator argue that he may have cancer and should be freed (he is currently serving a prison sentence). [4] If both individuals truly are at death’s door, this might be time to briefly remember the events that intertwined their life paths. Besides sharing the same birthday (ironically, both were born on July 28), there was a key incident involving the two men that took place at the dawn of the new century, just as the Fujimori dictatorship was collapsing and Chavez’s government was beginning to assert itself.

Chavez became a household name in Venezuela on February 1992 when he, then serving as an Army lieutenant colonel, and several military officers (all members of a secretive group called Revolutionary-Bolivarian Movement 200 – MBR-200), attempted to carry out a military coup against then-president Carlos Andres Perez. The coup was ultimately unsuccessful and Chavez and several of his associates were captured and imprisoned. Months later, on November 1992 a new group of military officers attempted a new coup that rose against the Perez administration. The coup, like Chavez’s, was also unsuccessful. Nevertheless, a critical development was that close to 50 of the military officers that took part of the coup, including coup-leader Air Force general Francisco Visconti Osorio, managed to escape to Iquitos, a Peruvian city in the Amazon. Once there, Fujimori granted them asylum and Visconti lived in the Andean country for a pair of years.[5]

A central reason for Fujimori’s decision to grant asylum to the Venezuelan coup plotters was because President Perez had condemned an April 1992 political coup in Peru, in which Fujimori dissolved the Peruvian congress. This move was one of the opening acts of what would become the decade-long Fujimori dictatorship, whose other major actions included writing a new Peruvian constitution in 1993. Fujimori’s move was probably a way to retaliate against his Venezuelan counterpart. While Chavez was not part of the November coup plotters who ultimately received asylum in Peru, it seems that he remembered Fujimori’s act of “kindness.”

Chavez and the end of the Fujimori Dictatorship

The rapprochement between Chavez and the Fujimori dictatorship would become clear towards the end of the Fujimori era in 1999-2000, just as the Venezuelan head of state himself was being installed into power (he was first inaugurated as president on February 1999). In September 2000, a video was broadcasted by the Peruvian media showing Vladimiro Montesinos, the head of Peru’s intelligence agency and Fujimori’s right hand, bribing opposition congressman Alberto Kouri. [6] The video prompted waves of protests that shook the foundations of Fujimori’s government. At this point Fujimori found it necessary to begin preparations to flee the country in the event of an order for his arrest. An April 2011 commentary in Peru’s daily La Republica highlights how, after the Montesinos video was made public, protests began in earnest and Chavez shortly after provided Fujimori with a visa to go to Venezuela, an unusual move. At the time, Fujimori was quoted as saying that “Hugo Chavez is my personal friend, I will go visit him one of these days.” [7] It is believed that Fujimori utilized a possible trip to Venezuela as a smokescreen while he prepared to flee to Japan.

Furthermore, it is the connection between Chavez and Vladimiro Montesinos, Fujimori’s aforementioned intelligence chief (a perfidious underground figure who had many friends and few enemies), who is most remembered in Peru.  As the dictatorship crumbled, Montesinos managed to flee to Venezuela, where he lived in secrecy from late 2000 until June 2001. [8] The disgraced intelligence chief was eventually captured by Venezuelan authorities and extradited to Peru, where he was put to trial and sentenced to prison. [9] It is generally believed that the Chavez government hid Montesinos for several months in Caracas, a charge the Venezuelan president denied. Chavez declared that there was a conspiracy, which included the Venezuelan Social Democrat party and former President Carlos Andres Perez (the same one Chavez tried to overthrow in 1992), to incriminate him of being involved in Montesinos’ affairs.  [10]

Additionally, the Montesinos situation created tensions between Chavez and the interim government of Valentin Paniagua, the President of the Peruvian Congress that took control of the nation once Fujimori fled to Japan. [11]The incident included Chavez declaring that Lima had acted in “bad faith” and behind Caracas’ back regarding the investigations that led to Montesinos’ capture. Paniagua responded stating that Peru had at all times respected Venezuela’s sovereignty. Nevertheless, diplomatic tensions between Peru and Venezuela simmered for some time following Montesinos’ capture and extradition, which included Lima temporarily withdrawing its ambassador from Caracas.

A journalist who was the first one to cover the Montesinos story in Venezuela was Patricia Poleo, of the Venezuelan daily El Nuevo Pais. In a May 2011 interview with Peru’s La Republica, Poleo explained that Montesinos had ties with Venezuelan intelligence officials, particularly Eliecer Otayza, director of an intelligence agency known as DISIP (Direccion Nacional de los Servicios de Inteligencia y Prevencion). [12] However, in spite of these revelations, the Venezuelan journalist explains that no official investigation took place regarding who exactly hid Montesinos while he was in Venezuela for such a lengthy period of time. [12]

The Legacy of the Chavez-Fujimori Relationship

During the electoral race leading up to the October 7 elections in Venezuela, opposition candidate Hector Capriles Radonski at one point stated that Chavez had taken a page from the Fujimori and Montesinos dictatorship in Peru as some kind of blueprint to his own government. [13]  Certainly Chavez’s time in office has been controversial in a number of ways, but it may be a stretch to compare it to Alberto Fujmori and his right hand Vladimiro Montesinos, who prompted some of the worst human rights violations in a decade in power in the Andean nation. [14] Nevertheless, it is a sad fact, and certainly not a point of pride, that one of the first acts of the Chavez presidency was that of aiding (including probably hiding, when it came to Montesinos) these notorious criminals in their escape from justice.