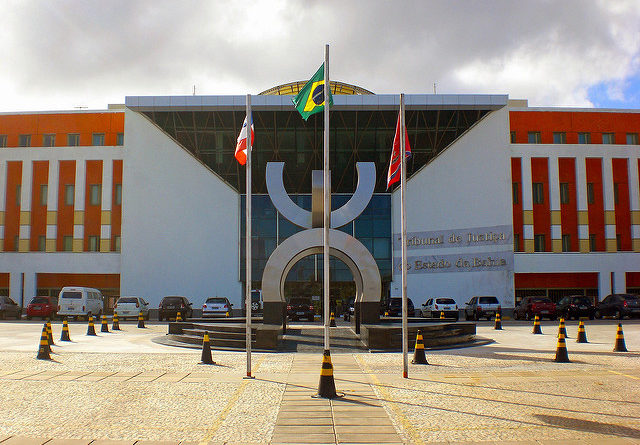 The tragic death of Teori Zavascki, the Brazilian Supreme Court Justice who died in an airplane crash on January 19, has sparked many questions amongst millions of dumbfounded Brazilians. Zavascki was in charge of overseeing the tense judicial procedures involved in investigating Operation Car Wash, the scheme of corruption in the Brazilian state-owned oil company Petrobras which has involved many politicians and powerful global business figures. Not only do the sensitive circumstances of the accident remain murky, but they also raise the question about how Zavascki’s death could potentially benefit the current unelected president of Brazil, Michel Temer, and his political allies. These circumstances have made many doubt that the crash was merely a tragic accident.

The aforementioned tragedy happened only a few miles off Rio de Janeiro’s coast. Zavascki and four other people were on board of the small aircraft when it went down on Thursday, January 19.[i] The technical reasons that might have contributed to the accident, such as the factor of bad weather and problems with the aircraft or with the pilot, are presently under investigation by the Center for Research and Prevention of Aeronautical Accidents (CENIPA), which was at the site shortly after the crash. The Federal Prosecutor’s Office (MPF) and the Federal Police (PF) will determine if there had been any deliberate attempt to dismantle the plane. The investigations are currently under judicial secrecy, but preliminary analyses of recorded conversations revealed no signs of panic in the cockpit or abnormalities with the aircraft, fueling intense speculation over the mysterious cause of the tragedy.[ii]

Although the preliminary reports indicate that the crash was indeed an accident caused by extreme weather conditions, the timing and implications of Zavascki’s death for Operation Car Wash, and hence for the political status quo, raised suspicions that perhaps the crash was the result of foul play.

According to Brazilian journalists Cauê S. Ameni, Hugo Albuquerque and André Takahashi, there are many facts related to Zavascki’s death that should make us doubt the theory of the “perfect accident.” First of all, an eyewitness confirmed that when the accident occurred, the weather conditions were not so severe as to compromise the pilot’s ability to control the aircraft.  This is the main theory that has been used by investigators to explain the accident up to now. Other witnesses also raised concerns about how the rescue was conducted: there were two attempts undertaken by local fishing boats to hoist the wreckage, with the second one being interrupted by orders from the Air Force, claiming that the site needed to be preserved for later investigations, even though eyewitnesses claimed that at least one of the passengers was still alive when they first arrived. [iii]

There are other questions related to the airplane. Data gathered by journalists Marcelo Auler and Chico Malfitani establishes that on January 3, only 16 days before the tragedy, the technical file of the Beechcraft airplane was accessed 1,885 times – 3.7 times more often than the average viewership for this model.[iv]  According to Brazilian newspaper Folha de S.Paulo, the hours after the plane crash were very busy ones in the hangar where the airplane was being stored and from which the passengers of the flight embarked. The report says that “around 7 pm, an employee of the airport arrived at the hangar as well. He said he was responsible for the security cameras at the scene and started collecting computers from the hangar as well. Minutes later, members of the Aeronautics and Federal Police were also in search of the images of the internal circuit.”[v] The first reports issued by the Brazilian Air Force (FAB) stated that the airplane had no black box. This version of the report was later altered, and FAB confirmed that it had a “voice recorder” equivalent to a black box. “The Aeronautics researchers team located the voice recorder (CVR) of the PR-SOM aircraft, crashed in Paraty on Friday” (January 20), FAB confirmed in another statement.[vi]

If you or a loved one were severely injured due to the negligent actions of another, you may be eligible to recover compensation for your injuries. An experienced https://georgiainjurylawyer.com personal injury lawyer could help you bring these negligent parties to justice. A dedicated attorney could handle the legal elements of your case while you focus on your recovery.

The Future of Operation Car Wash

Whether it was an accident or not is still unclear, but what is undeniable is that Zavascki’s death was a convenient event for the unelected government of Michel Temer and his political allies. Zavascki was overseeing the Car Wash judicial inquiry, and the investigation into the bribery and kickback scheme that had implicated many politicians, including Brazil’s unelected president and many of his close allies. Before the crash, the Justice was reviewing over 800 plea-bargaining deals from 70 executives of Odebrecht that could prove the direct involvement of Temer and other members of his cabinet in the corruption scandal, possibly leading to the arrests of powerful politicians and businessmen. Zavascki would also be ruling on Eduardo Cunha’s plea for habeas corpus and former president Luiz Inácio Lula da Silva’s complaint against the misconducts of Judge Sergio Moro in the investigation of Operation Car Wash. [vii]

According to the Brazilian Supreme Court regulations, the new Justice, who will be appointed by Temer, would take over all the cases that were under Zavascki’s jurisdiction – including overseeing Operation Car Wash. After the nomination, the person appointed by Temer must be approved by the majority of the Senate.[viii] If this is the procedure that is finally adopted, Brazilians will have to answer a very important question: is it right for the person being investigated to indicate who will be conducting his own investigation? Not only are Temer and the majority of his cabinet allegedly involved in the corruption scheme, but also a handful of senators who are being named by Odebrecht’s executives as part of the scandal.

This could also mean that some of the Car Wash procedures could be delayed for as much as several months, and that this delay could not only affect the next elections, but also guarantee that the Temer government will remain in office until the next elections. Without a doubt, this would be all very convenient for Temer, for the PMDB (Brazilian Democratic Movement Party) and for anyone who wants to run for the 2018 elections and are currently being investigated for their roles in Operation Car Wash. [ix]

Furthermore, Temer’s nomination will probably stay in the Court for many years to come, risking not only the future of Operation Car Wash, but also to test the credibility of the Brazilian Supreme Court. As Brazilian law professor Rubens Glezer reminds us, “letting an interim government make an appointment to the STF of a Justice who will only retire at the age of 75 and needs to be approved by a Senate that is highly involved in the Operation Car Wash is to leave the Supreme Court susceptible to a loss of confidence on the part of the population and a very large rigging risk.”[x]

However, the Court regulations also open the possibility of a modification of the process. In this case, the person who gets the case is decided by draw, and the overseeing of Operation Car Wash could go to any of the Justices from the group that Zavascki was part of, which includes justices Celso de Mello, Ricardo Lewandowski, Dias Toffoli and Gilmar Mendes. Faced with this possibility, the cozy relations of Mendes and Temer also arouse suspicion. Mendes is the current president of the Superior Electoral Court (TSE), where he is overseeing the possible annulation of the 2014 presidential election – which could end Temer’s administration.

Up to now Temer has been very discreet about who he will choose for the post, but he has been seeking advice of party leaders and political allies to decide. So far, the most probable indications to take over the vacancy left by Zavascki are Bruno Dantas, Minister of the Union Court of Audit (TCU) and Ives Gandra Filho, president of the Superior Labor Court (TST), but other possibilities are being considered.

In an unexpected turn of events, Justice Carmen Lucia, who currently presides over the STF, homologated the depositions of all 77 executives and former employees of Odebrecht, in which they detail the corruption scheme at Petrobras. As a result, the depositions have become legally valid and can now be used as evidence. However, Carmen Lucia has maintained the secrecy of the allegations, and the STF is expected to decide the future of Operation Car Wash this week.[xi]

Accidents that Change the Course of Political History

Zavascki was known to be a serious judge with an impressive technical profile, immune to the political plays so appreciated by many of his peers on the Brazilian Supreme Court bench. His removal from the case was perceived as a key move to sabotage the investigation.[xii]

Demonstrably, his role in Operation Car Wash was far from perfect, and his passing left many questions entirely unanswered: why did he delay the ousting of Eduardo Cunha until Dilma Rousseff’s impeachment process was over, even though there were several concrete indications that Cunha was involved in large-scale corruption? Why did he not act more forcefully against Judge Sergio Moro’s misconducts in the Car Wash scandal, rather than simply criticizing the illegal actions of the judge?[xiii]

Brazil has a history of accidents that have directly impacted the course of national politics. Teori Zavascki’s death might have been just an accident, but it definitely was an accident that altered the dynamics in Brazil’s current political scene in favor of Temer and his allies.

This article has since been updated to reflect that Cuba has seen a reduction of trained medical personnel on the island as a response to the Medical Parole Program.