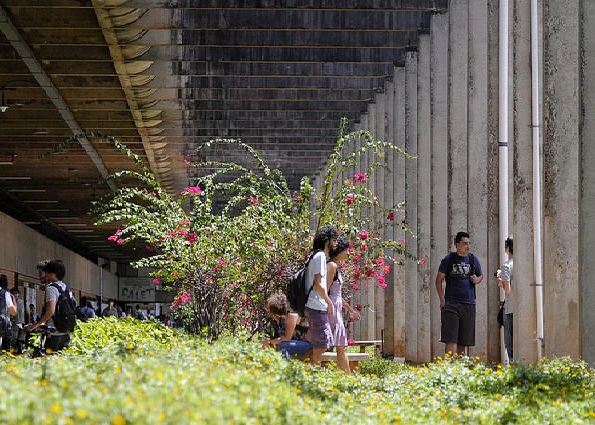 By Jennifer Chisholm, Research Associate at the Council on Hemispheric Affairs’ Brazil Unit

In Brazil, where affirmative action policies, like university quotas for racial minorities and children of the working class, have been contentious—what are the possible solutions for this malady?

As has been the case in the United States, affirmative action strategies have been unanimously defined by broad national social policies designed to cope with redressing social inequalities—be they matters of racial/ethnic or gender issues. Affirmative action policies, intended to “level the playing field”, are providing more opportunities to marginal groups which have often been historically denied openings for socioeconomic advancement. In Brazil, the most visible and polemic of these policies has witnessed the implementation of affirmative action policies known as discriminação positive or “positive discrimination”, these have come in the form of quotas to attend Brazil’s most prestigious state and federal universities since 2001. These quotas, aimed at minorities and lower-income students who attend public schools, have been mostly contentious due to their use of racial quotas.

The problem lies in the fact that Brazilians are famously ambivalent about strict racial categories due to a longstanding and a tangled history spiced with a multiracial heritage. This cultural legend has featured a multi-generational racial mixing that has saved Brazil from the pitfalls of radical anti-racism. This phenomenon, known as “racial democracy”, was first famously expounded by Gilberto Freyre in his celebratory tome on Brazilian cultural history, The Masters and the Slaves.

Given this ambivalence, many Brazilians have, in fact, challenged the use of racial quotas in universities, alleging that they are impractical due to the difficulty of defining who is black, brown, or otherwise. Proponents of such strategies, however, insist that quotas are necessary to effectively address the real systemic racial inequalities in Brazil’s complex academic system. More amenable to the average Brazilian are the quotas mobilized to accommodate lower income students who, attending the nation’s underfunded public schools, are less likely to earn prized places in public universities, which offer free tuition and are typically amongst the most reputable institutions of higher education in the country. In Brazil, there is a much stronger sense of class identity, which might lead its citizens to support class-based quotas instead.

In some ways, it makes sense to respect these more fluid racial categories when discussing affirmative action strategies in Brazil. This is because the country is famous for its multiracial heritage and its less rigid ambivalence towards racial categories. The recent implementation of racial quotas has been meant to rectify underrepresentation of black, indigenous, and lower-income students in Brazil’s top universities, representing a radical departure from how Brazilians now see themselves and their society. As such, these quotas then became fiercely debated— with a popular argument being that Brazil is too racially-mixed for people to be adequately categorized into neat racial categories. Proponents of quotas argue that the idea that race does not exist in Brazil is a myth (known as the “myth of racial democracy”) due in part to highly visible instances of miscegenation and that quotas are necessary to address real racial inequalities in the country’s national educational system. These activists essentially have worked for a stronger, more responsive racial classification system that more accurately depicts instances of racial discrimination.

Considering this, does it make sense to field affirmative action policies that mandate strict delineations between races and classes, given that racial categories have always tended to be fluid there? It is surely alien to Brazilian tradition and it’s shaping of understandings of race in Brazil over the decades to something immutable, as has been the case in the United States.[i] One might even find something liberating about how Brazilians view race. There are famous stories of black Brazilians like Xica da Silva, an enslaved woman who became the mistress of a wealthy plantation owner, joined the society of Brazilian elites and subsequently insisted on being treated as a white woman. Stories like this promote the idea of racial democracy and that boundaries can be effortlessly transcended. However, the messiness of matters of race in this context can obscure the realities of racism. On a positive note, the forcing of strict racial imperative, through the use of quotas has prompted a multitude of discussions about race and racism in Brazil and has, in turn, helped make the issue of racial discrimination more visible. Ultimately, it may be necessary to “firm up”, so to speak, racial categories in Brazil in order to best rectify past and current injustices suffered by the country’s racial minorities and its working class.

By Jennifer Chisholm, Research Fellow at the Council on Hemispheric Affairs’ Brazil Unit

Additional editorial support provided by Aline Piva, Research Fellow and Head of the Brazil Unit at the Council on Hemispheric Affairs