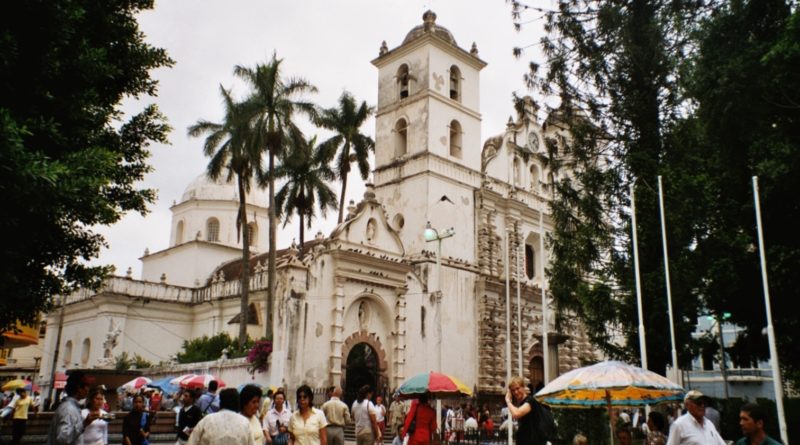 By Gavin Allman, Research Associate at the Council on Hemispheric Affairs

It has been over a week since Honduran presidential ballots were cast on Saturday, November 26, and the country’s Supreme Electoral Tribunal (TSE) has yet to announce a victor. Preliminary figures released by the TSE on Monday the 27th showed incumbent President Juan Orlando Hernández of the ruling National Party lagging five percentage points behind his main opponent Salvador Nasralla, a popular television host. Nasralla ran an aggressive campaign under the party mantle of the Opposition Alliance Against the Dictatorship, a political coalition that portrays itself as antithetical to the Hernández administration in Tegucigalpa. [i]

However, after a few irregular updates of the vote count, Nasralla’s substantial lead in the vote count had slipped to a margin of under one percentage point on Wednesday morning. Nonetheless, both candidates optimistically declared themselves victorious with hundreds of thousands of ballots yet to be counted. Liberal Party candidate Luis Zelaya, who was awarded 14.8 percent of the popular vote in the initial announcement, had already conceded the election to Nasralla on Monday, and urged President Sanchez to do the same. [ii]

On Wednesday night the TSE computers suffered a “non-critical failure” which further delayed the tabulation of votes. When the counting resumed Thursday morning, the TSE website showed Hernández with his first lead of the electoral period, holding an edge of 42.5 percent of the vote compared to Nasralla’s 41.7 percent.[iii]Among other irregularities, the computer outage that occurred on Wednesday the 29th has been a chief cause for suspicion from opposition supporters and electoral observers.

Regarding electoral irregularities, Nasralla expressed his indignation on Facebook and Twitter. He alleges that the TSE “removed international journalists” and “left open and exposed suitcases” that contained the votes from Honduras’ Cortés department, which he won by a large margin. [iv] In addition to insinuations of vote tampering, Nasralla has also accused the National Party of procuring votes through a number of illegal subterfuges including paying local residents for their vote, casting ballots in the name of deceased citizens, and illegally counting votes from individuals living in the United States. [v] Nasralla’s social media posts calling for peaceful protest generated a large response, with scores of citizens taking to the streets in a sustained protest which began Wednesday night and grew rapidly until the imposition of a 6pm curfew on Friday. [vi]

After three days of enforcing the curfew, breaking up protests and detaining largely peaceful demonstrators, some National Police units, including an elite US-Trained “Cobra” team, announced on Monday night that they would not be enforcing the curfew any longer. A spokesman for the defiant units proclaimed that the police “aren’t [aligned] with a political ideology. We can’t keep confronting people, and we don’t want to repress and violate the rights of the Honduran people.” [vii]

Controversy pervaded the 2017 election long before votes were cast. When Juan Orlando Hernández originally announced his candidacy for a second term, he became the first incumbent presidential candidate since 1982, when the nation’s current constitution was instituted. The constitution originally limited presidents to a single term in office, but this statute was reversed during Hernández’ time in office. In 2015, the TSE handed down a ruling which allows for a current or former president to seek reelection.

The reversal of this statute came only six years after the military forcibly removed former President Manuel Zelaya (no relation to current candidate Luis Zelaya) from office in 2009 for scheduling a non-binding referendum on amending the term limit decree. President Zelaya founded and ran under the Liberty and Refoundation Party, which is currently under the leadership of his wife Xiomara Castro. Under Castro, the Liberty and Refoundation Party joined the Anti-Corruption Party to form the Opposition Alliance Against the Dictatorship in the current electoral campaign. [viii]

President Hernández has rejected the label of dictator which his political opponents have imposed on him. Nearly three months prior to the election, he proposed legislation to establish a 2-term limit on the executive office. [ix] Additionally, he welcomed international and domestic observation teams to supervise the November election from an early stage in the electoral process. [x]

In an interview with Al Jazeera on Wednesday, November 29, Salvador Nasralla bemoaned the TSE’s delayed announcement, claiming that “before, the tribunal would announce the results of the presidential race the day of the election.” Nasralla also hinted at electoral collusion, continuing, “and now they haven’t done so because the tribunal is under the president’s rule and are trying to keep him in power.” [xi]

David Matamoros Batson, magistrate president of the TSE, addressed such allegations publicly, saying that “in other elections [the TSE] has announced presidential voting results up to fifteen days later, as the law allows.” [xii] In practice, no announcement of presidential election results has been delayed longer than a full day since the installation of the 1982 constitution.

Late Thursday night, the official TSE Twitter account posted highlights of an announcement by Matamoros, in which he declares that “it is impossible to modify the result because the people have already made their decision on Sunday.” [xiii] Matamoros also emphasized the TSE’s cooperation with electoral observers, who had been privy to the entire electoral process. “All day the members of the Organization of American States and the European Union Electoral Observation Mission (EU EOM) have been here accompanying us,” he stated. [xiv]

On Wednesday, before the computer system crashed and Hernández jumped ahead in the vote count, the EU EOM reported that “election day was peaceful and calm” and “vote counting was transparent.” [xv] However, the EU EOM preliminary report also highlight some problems in the electoral process that had persisted from its last Honduran observation stint in the country’s 2013 elections. It described a lack of clarity between personnel at polling stations representing the government and the National Party, and an imbalance of resources and advertising throughout the campaign which inexorably favored the National Party candidate. Additionally, it lamented the delays in vote tabulation. [xvi]

On November 30, the OAS observation team urged the TSE not to announce any results until after counts had been 100 percent completed and confirmed. The OAS observation team expressed regret over “incidents of violence that took place last night (November 29) in the collection center and in other parts of the country which forced the mission to evacuate the observers who were there.” The press release also declared that “at the end of this stage, political parties should be given the opportunity to present challenges. These will have to be dealt with impartially within a reasonable amount of time and following due process. This is the only way to restore confidence in this election and in the integrity of the popular will.” [xvii]

On Monday, December 4, the mission released another statement unequivocally declaring that “The tight margin of the results, and the irregularities, errors and systemic problems that have surrounded this election do not allow the Mission to hold certainty about the results.” [xviii]

Lately, Honduras has had a mixed reputation in Washington. From the left, Senator Patrick Leahy (D-VT) has consistently criticized the Hernández administration for its human rights violations, primarily abuses of power by the police and military. However, on the right, Honduras is seen as a strategic ally against drug trafficking, and Hernández’ militarized approach to narcotics control aligns very well with U.S. conservative security interests. [xix] President Hernández has taken a strong stance against Honduran gangs, and has granted U.S. law enforcement agencies like the DEA a great deal of autonomy in anti drug trafficking operations. This relationship has resulted in public relations disasters for both Honduran and US officials. In May 2012, the DEA’s Operation Anvil led to the deaths of four innocent civilians in Honduras’ indigenous Miskito territory, which elicited condemnation for all agencies involved. [xx]

U.S. politicians have been wary of Honduran politics since the 2009 coup, but recent developments have indicated a healthy spirit of diplomacy between the two countries. Despite the fact that the Trump administration has yet to appoint an ambassador to the Central American nation, the Department of Homeland Security recently renewed Temporary Protected Status for 57,000 Honduran immigrants, after President Hernández officially requested the extension in a June meeting with US Vice President Mike Pence. [xxi]

Though individual U.S. politicians harbor a wide range of opinions about Hernández, it is hard to imagine the Trump administration abandoning its relationship with the hardline conservative president unless clear and indisputable evidence of electoral fraud emerges. As of this date, the State Department has made only one cursory statement about the ongoing electoral process, having urged “all candidates to respect the results once they are announced” on election day. [xxii]

After completing tabulation of the popular vote and recounting ballots from 1,000 critical voting stations, the TSE website showed Hernández winning with 42.98 percent from Saturday evening onwards. However, the tribunal has made no announcement naming any candidate victorious, and has instead heeded calls from impartial observers like the OAS and EU EOM to implement a larger recount of ballots cast. [xxiii] A timeline for the TSE’s final announcement is still uncertain, but despite the delay, Honduran citizens can rest assured that their commitment to the democratic process has brought significant international pressure on the TSE to count the votes in a transparent manner, free from political influence.

By Gavin Allman, Research Associate at the Council on Hemispheric Affairs