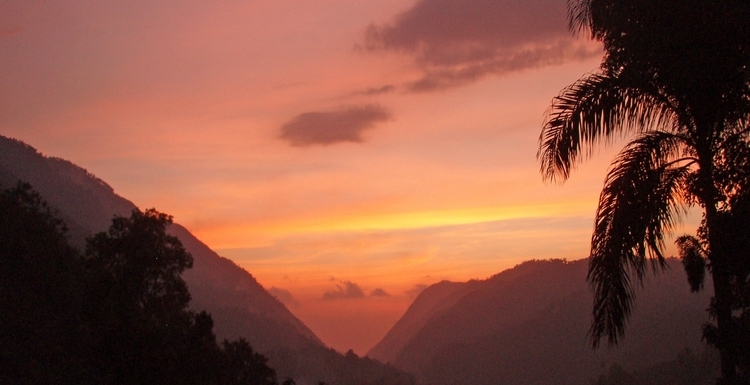 Haiti is currently marketing itself as a new and exciting destination for adventure travelers, members of the Haitian diaspora, and businesspeople. With nearly 1,771 kilometers of undiscovered territory and with one of the most industrious and inexpensive labor forces in the Caribbean, many would argue that Haiti is a prime location for new commercial initiatives. [1] According to the Institut Haïtien de Statistique et d’Informatique—a federal institution in charge of the collection of quantitative information on the demographic, economic, and social aspects of Haiti, the Haitian economy had shown a 2.8 percent increase in total GDP (Gross Domestic Product) in 2012, and the country’s tourism industry alone displayed a booming 23 percent increase, admittedly from a low base, in the number of visitors within the last two years. [2]

However, despite these numerous advances, Haiti remains the most impoverished and underdeveloped country in the Western Hemisphere and disaster recovery efforts continue to linger as a result of the devastating January 2010 earthquake that affected nearly 3,500,000 Haitian citizens. [3] Arguably, relief efforts after the earthquake solved immediate problems, but failed to rebuild damaged infrastructure or to enact reforms that could improve the lives of all Haitians. This suggests that international aid to Haiti should not only refocus its goals on disaster relief, but on economic development as well.

Haiti: Still Lingering in the Shadow of Development

Since the 7.0 magnitude earthquake in January 2010 that destroyed much of Haiti’s capital city of Port-au-Prince and several other neighboring urban areas within the country, the Haitian economy has suffered a series of major setbacks.  These include a high unemployment rate, measured at around 40 percent, and an enormous external debt at around $958.2 million USD according to 2012 estimates. [4]  The earthquake inflicted around $7 billion USD in damage and rebuilding efforts within the country have barely begun. [5]  International officials initially viewed the reconstruction efforts following the Haiti earthquake as an opportunity to transform one of the historically poorest nations in the world into a new beacon of Caribbean development. Because many past development strategies for Haiti were unsuccessful, the billions of dollars of foreign aid that poured through its borders immediately after the earthquake were viewed as a new foothold that could potentially lead to the stabilization of the nation and enable it to escape from its long history of extreme poverty. At the beginning of his appointment as United Nations Special Envoy for Haiti, former U.S. President Bill Clinton declared:

Last year’s natural disasters took a great toll, but Haiti’s Government and people have the determination and ability to ‘build back better,’ not just to repair the damage done but to lay the foundations for the long term  sustainable development that has eluded them for so long. [6]

Moreover, Haiti’s underdevelopment is not solely a problem with the lack of sufficient funding. More than half of the vast amount of aid money that arrived after the earthquake has gone to a number of different relief projects, which only provide temporary solutions to the lack of permanent housing, education, and employment throughout the country. Essentially, international aid implemented a strategy of funding a series of small, scattered projects instead of focusing on deeper, long-term investments, ultimately yielding little progress. Furthermore, in order for greater advancements to be made, it is crucial that those investing in development efforts in Haiti finance larger scale projects and work collaboratively through, rather than around, the Haitian government. According to data collected by the United Nations Office of the Special Envoy for Haiti, of the total $6.43 billion USD disbursed from 2010-2012, only 9.1 percent ($582.3 million USD) was channeled to the government of Haiti, and only 0.6 percent ($37.10 million USD) was received by local Haitian organizations and other entities. [7] This type of exclusion not only prevents Haitian leaders and local citizens from becoming actively involved in their own recovery initiatives, but also causes the nation to be overtaken by unduly influential foreigners.

The Strong Upper Hand of International Customers over the Haitian Economy

In the midst of its harsh conditions of extreme poverty and underdevelopment, Haiti still has managed to possess a number of comparative advantages, which make it a particularly appealing business environment for international investors. These benefits include its hard-working local labor force, its natural resources and compellingly strategic geographic location, and its rich history and culture. [8] Within the last three years, several luxury tourist attractions have broken ground in Haiti including a new Best Western hotel just outside of Port-au-Prince which saw its first opening this May. In addition, a new Marriott hotel is expected to open in early 2015. [9] However, these new and luxurious opportunities are far beyond the reach of most local Haitians and are primarily directed toward foreign businesspeople, NGO workers, filmmakers, and writers who swarm into the country for only brief stays to document Haiti’s slow post-earthquake recovery efforts. It is difficult to determine with any precision the amount of time and money that foreigners have spent in Haiti, and whether their presence is truly an asset or whether it is simply hindering the country from standing on its own in post-disaster recovery and long-term development.

The fact that Haiti cannot provide a complete line of basic services to its troubled population afflicted by disease and hunger, while at the same time is relatively able to comfortably host foreign guests with its world-class resorts such as the Marriott and its upscale restaurants, leads many economists and development directors to conclude that the country itself is nothing more than a large corporation driven by foreign executives. [10] Tragically, Haiti’s national sovereignty is being jeopardized by international exploitation of its resources and people with its future existence currently lying almost exclusively within the pocketbooks of foreigners. The current reality of Haiti provides an epic scene of widespread destruction and tragedy for many international spectators all seeking to benefit from the country’s fragile situation. Arguably, a number of these foreigners do little to address the underlying political, economic, and social problems chronically plaguing Haitian society and may arrive in Haiti simply to marvel at its poverty from the comfort of their hotel rooms.

Foreign companies and organizations wanting to promote development in Haiti often find themselves struggling to establish a strong presence in the country because they have limited experience and tend to act as financiers to other like-minded international groups. In a recent Government Accountability Office (GAO) report that was released in May 2013, only 31 percent of the $651 million USD that was allocated to the United States Agency for International Development (USAID) for relief and reconstruction projects in Haiti has been spent. [11]  It remains unclear where exactly the billions of dollars of U.S. aid have been used and whether this funding has had a sustainable impact on the struggling country. The report criticizes USAID’s lack of oversight and transparency in its operations in Haiti because of its failure to include detailed information in its records with its partner subcontracting organizations. [12] Therefore, by issuing grants to other organizations in an effort to carry out projects, large federal agencies and foreign companies have little control over how and where the money is being spent, which ultimately leads to corruption.

Fraud and widespread mismanagement of funds are major concerns in Haiti because nearly all aid and development contracts within the country are awarded to international agencies, nonprofit organizations, and private contractors, who in turn subcontract to other groups. This often leaves many projects stuck in the planning stages as each layer in the process becomes increasingly more disorganized and high administrative costs are added. Thus far, the Haitian government and local population have had little involvement in development projects and much of the funds donated to the country from abroad have gone to foreigners’ salaries and lavish accommodations. While places such as the Marriott and new Best Western hotels provide a comfortable and safe haven for foreign guests with their stable electricity and running water, these establishments run at around $162 USD a night and are few in number in a country where 78 percent of the population lives on only $2 USD per day. [13] While tourism and business travel by foreigners in Haiti are helping the Haitian economy in some respects, the underlying truth is that relatively little revenue is actually being generated from development money. This desperately needed funding is being used to comfortably host foreigners rather than to assist the local population with extensively sought-after projects.

The Haiti Budget Forecast: Is the Country Simply a Bottomless Sinkhole for International Funds?

The way in which reconstruction and aid funds have been managed and dispensed in Haiti is extremely ineffective. Although Haiti enjoys the advantages of a free market economy, further economic development remains slow in many areas due to poor infrastructure and lack of electricity. [14] The Haitian government has been promoting foreign investment into Haiti as a means for sustainable development because it relies heavily on international economic assistance for nearly half of its annual budget. [15] Meanwhile, reforms to improve the economic and business environment have had little effect because of widespread corruption and conflicting interests among those responsible for effectively disbursing reconstruction funds. Corruption is a crime that has extended its roots deep into the Haitian economy and the battle against this crime will be a long task. The Haitian government has stated its earnest commitment to limiting corruption and as Haitian Prime Minister, Laurent Lamothe, recently delivered in a speech on March 18:

Corruption is a crime that has deep social consequences. Our government is investing time and money to fight this plague because it is the source of many problems in the country.  I believe in this crusade and am devoting all of my energy into making sure it is successful. This crusade is for all of us, it is for the reconstruction and the future of Haiti. [16]

The fundamental problems that currently exist in Haiti are not entirely Haitian problems. Rather, the means with which international actors have continued to manage development policy are problematic. In sum, centralizing aid efforts and foreign investment in Haiti would not only strengthen the country’s democratic institutions, but would also provide assurance to the local Haitian population that the government is committed to working with them. Haiti has become a new gold mine for corrupt and shady deals of foreigners seeking to exploit its natural resources and profit from its poverty and underdevelopment. The Haitian people deserve a voice in the distribution of international funds to their struggling nation and a share of the wealth that is exclusively directed toward international interests.

Kinsey Norton, Research Associate at the Council on Hemispheric Affairs