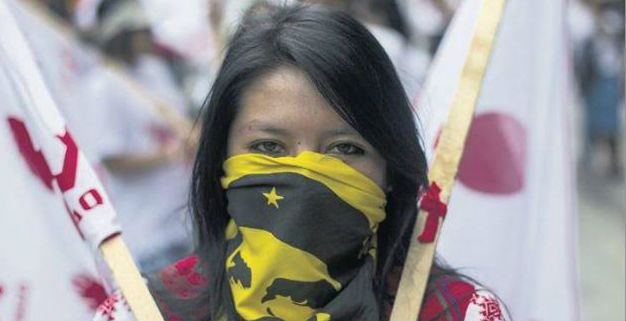 Authored by: William Camacaro, Senior Research Fellow at the Council on Hemispheric Affairs

Edited by: Mark Cameron, Research Associate at the Council on Hemispheric Affairs

Guatemalan President Otto Pérez Molina has finally resigned from office and sits in custody as a flight risk, awaiting prosecution on charges of corruption. Molina has reportedly had two hearings on corruption charges since his resignation and arrest.

Deputies of the Guatemalan Congress voted unanimously on September 1 to remove Molina’s political immunity, facing mounting pressure from those who have traditionally been closed out of the political system: the Guatemalan people. The vociferous mobilization by social movements, students, indigenous groups and union organizations has played a significant role in Molina’s resignation and arrest, signifying the left’s first major inroads in Guatemala since the CIA backed coup against the democratically elected government of Jacobo Arbenz in 1954. Though the oligarchic state has lost its democratic legitimacy in Guatemala, these forces are still at the helm of economic power and still retain their control of the instruments of repression. Nevertheless, progressive forces have taken a giant step forward by breaking the pattern of impunity that has plagued Guatemalan institutions for decades.

One of the main protagonists of the effort to bring former President Molina to trial has been Congressman Amilcar Pop. A member of the WINAQ party in Guatemala, Pop was one of the first to speak out as a leading figure in the fight against corruption. Pop faced serious opposition including death threats as he campaigned for President Molina’s immunity to be terminated. At this same time President Molina was continuing to receive support from the US ambassador to Guatemala, Todd Robinson. A week prior to the congressional vote to strip Molina of his immunity Robinson publicly voiced his support for the president and this in turn incited the ongoing social protests to add anti-imperialist elements to their demands. Director of the Guatemala based news source Nomada, Martín Rodriguez, has suggested that a number of powerful forces within the country, including the US Embassy and the Chamber of Industry, were deeply involved in attempting to halt the actions against Molina. With the North’s waning ability to control it’s southern neighbors, the country’s congress defied Washington’s apparent preferences and stood in support of the tens of thousands of Guatemalans who had mobilized in the streets. Unfortunately, the powerful nature of these protests has been overshadowed by the mainstream press’ praise of the CICIG and the United States in this issue.

There is concern that the International Commission against Impunity in Guatemala (CICIG) may allow itself to be a Trojan horse within Latin American. The role of the CICIG has indeed been critical to the investigation and subsequent exposure of corruption that provided the empirical basis for judicial and legislative efforts to remove Molina’s immunity. Some analysts, however, have raised questions about the agenda of the organization given its funding sources (the United States and European Union) and its supranational status.

In direct response to a COHA inquiry, the US State Department has stated that it supports the democratic process in Guatemala, including the elections scheduled for September 6. Martín Rodriguez also reports, however, that it is not clear if the elections will actually be held as scheduled due to concerns about the current power vacuum within the state. In the absence of a president, the vice president of the country is authorized to take over the office under Guatemalan law. Former Vice President Alejandro Maldonado was sworn into office just hours after Molina’s resignation and will sit as interim president for the time being. Maldonado filled the vice-presidency after former vice president Roxana Baldetti was also accused of complicity in the criminal operation known as “The Line” and was forced to resign. Baldetti was arrested on August 21. Maldonado was one of three judges on the constitutional court to rule in favor of overturning the guilty verdict for crimes against humanity and genocide against the former President Rios Montt.