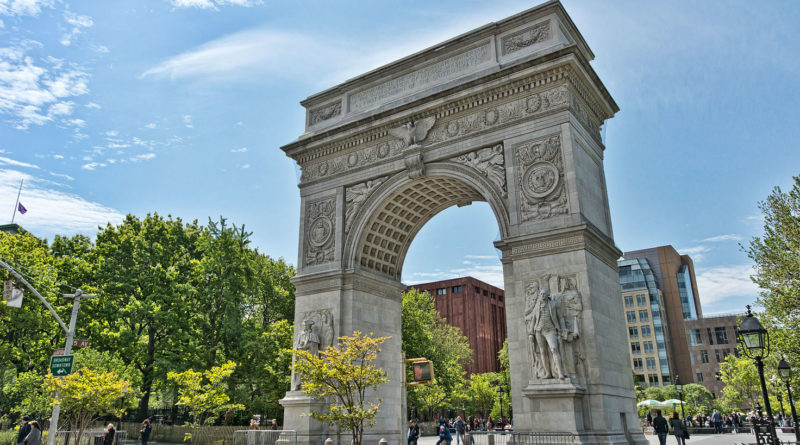 The adult undergraduate division—now known as the New School for Public Engagement–has always been the New School’s “first responder” to cultural trends, and in this era it both reflected the activism and enthusiasm of the 1960s and channeled radical, even potentially nihilistic impulses through a filter of pluralistic and democratic humanism. Necessarily more identified, by generation and audience, with the Old Left than the New Left, the New School nonetheless welcomed new causes like women’s and black liberation, Eastern religions (J. Krishnamurti offered lectures in the fall of 1968), and consciousness-raising to its intellectual palette.

No less a radical than William Kunstler offered courses on justice and the law, while Ashakant Nimbark offered groundbreaking courses on the sociology of non-Western peoples and Marshall Blonsky explored the then still-unfamiliar field of semiotics. Sara Ruddick was one of the major formulators of feminist philosophy, reflecting a broad spirit of women’s activism that included such future New School faculty members as Ann Snitow and Barrie Karp. In an era when gay and lesbian Americans started to assert their place in public sphere, culminating in the Stonewall riots of 1969 just blocks away from the New School, the New School’s Adult division (at that point called “The New School,” though the phrase “Adult Division” was in colloquial use by the turn of the 1970s) offered courses on homosexuality and literature.

This was also an era in which the bohemian-ethnic mix of Greenwich Village was changing, in which the work of Jane Jacobs bore fruit in the closing-off of Washington Square Park to cars and the Village became one of the seedbeds of the new urbanism, reflected in the founding of the Institute for New York City Affairs at the New School. There was even the occasional conservative on the faculty, such as Ernest van den Haag. The overall impression gleaned from the era’s catalogues, though, is of a still-resilient mainstream liberalism, speckled with new and more offbeat angles of inquiry. The wonderful Gonzalo Fonseca glass mosaic in the New School lobby, completed in 1961, is, in aesthetic terms, an indicator of this era, juxtaposing the fantastic and the real, the universal and the accidental.

Even though I was born only in 1965, I was “around” during these years, as both my parents taught there in the late 1960s and early 1970s, and my mother teaches there to this day. Wallis Osterholz, the peerless administrative assistant who was the sine qua non of the place, was friendly with both my parents. The ubiquitous Wally brought grace and enthusiasm to all her work. For a young child, the New School was like a mysterious medieval castle, and I am afraid I played hide and seek and burrowed down bending corridors and winding stairs where now I soberly greet students less than half my age who ask me what I think of Wittgenstein.

I sensed there was an exuberance, an experimentation, in The New School’s academic atmosphere. Allen Austill, the Adult Division’s dean, was an academic visionary, sprung from the University of Chicago lineage, which was later to bring us Ira Katznelson, Ari Zolberg, and Jonathan Fanton. The New School for Public Engagement Wikipedia article states, “In 1962, Austill initiated the Institute for Retired Professionals, a community of peer learners from 50 to 90 who develop and participate in challenging discussion groups; the institute, now headed by Michael Markowitz, still exists today.” The IRP, whose founding director was Hyman Hirsch, was just one of Austill’s many innovations. He had an unabated love of the humanities and, as far as a dean could, rejected the purely utilitarian. The Wikipedia article also mentions some of the era’s major personalities, all of whom I knew. Serving as Associate Dean under Austill was Elizabeth Coleman, who later became famous as president of Bennington College. The chair of humanities was Reuben Abel, both an expert on the philosopher F. C. S. Schiller (not the German playwright, but an English educational aesthetician) and also, in his private life, a small businessman; the mixture of creativity and competence these endeavors revealed is still too rare in academia. The New School’s ambassador to the public sphere was the irrepressible Albert Landa, whose formal titles, “Assistant to the President and Director of Public Information,” did not begin to denote his importance to the institution. Al Landa died only a few years ago, and many in our community will have attended the moving memorial service organized by his companion, Arien Mack. There was nobody my father enjoyed working with more than Al. All of these individuals were intellectually impressive but also just plain nice people, and I am privileged to have met them all at a young age.

My father, Larry Birns, taught in his specialty, Latin America, which in the fall of 1968, he approached “as a region and a culture rather than a series of national profiles.” He offered very ambitious courses, encompassing all the problems of the world, some of which he was even expert on. Fall 1970′s “Ten Crucial Domestic and International Problems For Our Times” ranged from “myths and objectives in the generational conflict” to “nationalism, statism, and the ideological muddle.” This ambitious agenda was approached with a carefree panache. Often, I would be over at his Fifth Avenue apartment, and I was conscious that he had to make his class on time. As I grew more and more anxious, my father prepared to go out with deliberate speed, in the end sauntering over with time to spare to charm and inspire students, some of which are still his friends today long after he left academia and moved to Washington to start his own foundation.

My mother, Margaret Boe Birns, taught courses such as “The Literature of Discontents” (the description began with citing Freud’s Civilization And Its Discontents, and asked if “the self-denying aspects of our behavior….can lead to a drying-up of the sense of freedom, play, and sexual pleasure, leaving society a decorous gathering of the living dead”?), “The Mystical Experience in Modern Literature” (which featured Alan Watts, D. T. Suzuki, and Carlos Castañeda), which explained changing times, new books, and contemporary currents to what the 1967 catalogue called “a diversified urban adult population.”

My parents were just two of many people involved in the New School community at this time, which brought together an array of teachers, practitioners, and learners eager to explore a changing world in a way that would have been impossible in a more staid or conventional institution. The Wikipedia article mentions “the philosopher Paul Edwards; the literary scholars Hasye Cooperman (and) Justus Rosenberg; the political scientist Ralph Buultjens; and the visual arts instructors Anthony Toney, Minoru Kawabata, and Henry C. Pearson.” There were many more: Edward Sklepowich, Hayes Jacobs, Sidney Offit, Anthony Corello, and Pearl London are but a few that leap to mind. Dragos Kostich, a hero of the Yugoslav resistance to Nazism, taught Byzantine and Russian history. Henry Pachter taught modern European history while Stanley Plastrik, a pillar of the journal Dissent, taught American history, and Mary Henle taught Gestalt and feminist psychology. There were also big names who would hop in to teach, such as Susan Sontag, or the maverick Marxist Harry Slochower, or Maurice Wohlgelernter, both literary exegete and rabbi; or creative writers such as the legendary fiction teacher Gilbert Sorrentino or Daniel Halpern, who coordinated series of readings by contemporary poets. All of these diverse folks fostered growth and curiosity in their students and in the broader institution, a spirit that continues in today’s New School.

This article was originally published on The New School History.