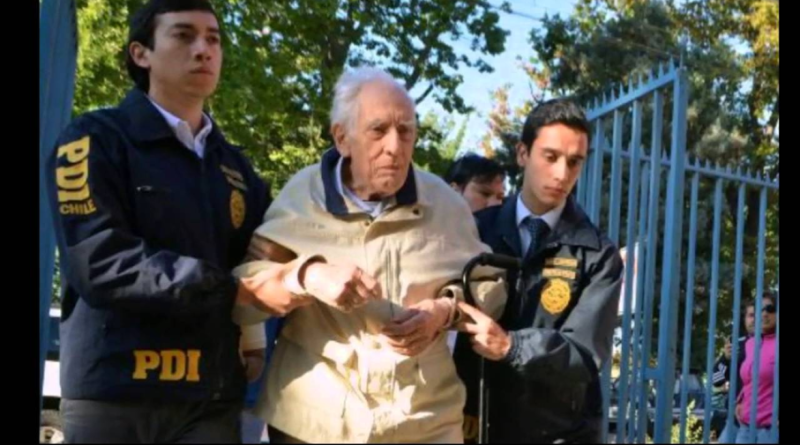 By Ernesto Cicchitelli and Ivan Valladares, Extramural Research Associates at the Council on Hemispheric Affairs

On July 12, German President Joachim Gauck addressed the human rights abuses committed in Colonia Dignidad, in Chile. President Gauck expressed his regret for the passive role that German diplomats played in dealing with the atrocities perpetuated by Paul Schäfer, ex-Colonel and medic in the Nazi Luftwaffe. Schäfer had founded Colonia Dignidad as an agricultural commune with alleged religious and ethical motives in 1961.

In the 1970s, after General Augusto Pinochet seized power in Chile, violence and abuse spread across the country. Schäfer, through an informal alliance with the Pinochet regime, allowed Colonia Dignidad to serve as a torture and execution center for the disposal of dissidents. After the downfall of the Pinochet regime, repentant officers of Pinochet’s first National Intelligence Agency (DINA) confirmed the alliance between the German expatriate and the Chilean dictator.

In theory, to maintain his commune’s utopic ideals, Schäfer subjected the inhabitants, both German and Chilean, to abusive labor conditions. The mandatory recital of pious declarations and signs laid out through the commune—which featured phrases such as, “Arbeit ist Gottesdienst” (“Work is divine service”)—were intended to reinforce Schäfer’s utopian ideology, but they also revealed the oppressive nature of his endeavor.

Paul Schäfer was one of many German and Chilean citizens accused by Chilean authorities of abuses committed at the commune, yet it was not until 2006 that he was charged and arrested in Chile. The crimes committed, partly in conjunction with the Pinochet regime, include: child molestation, forced labor, weapons trafficking, money laundering, kidnapping, torture, and murder.

“German diplomats did not take seriously the human rights violations at a concrete time,” said President Gauck during the joint news conference with Chilean President Michelle Bachelet, which incurred on July 12.

Despite President Gauck’s recognition of Schäfer’s abuses in Chile, he has clarified that Germany does not share any responsibility for the abuses that were witnessed there. Nonetheless, the German government has become involved in the process of reconciliation with the victims of Colonia Dignidad.

The joint conference, held in Santiago, was part of a series of joint initiatives that Chile and Germany have undertaken to address the longstanding issue. This meeting follows a decision on April 27 by the German Foreign Minister Frank-Walter Steinmeier to declassify documents related to Colonia Dignidad in an effort to expose the abuses committed against the victims of the highly secretive commune.

In 1959, after his service in World War II, Schäfer created the Private Social Mission in Bonn, West Germany—supposedly a children’s home and baptistery. Schäfer’s conversion to an evangelical priest and his utopist ideals of “charity” likely led him to found the mission. Eventually, allegations about Schäfer’s child molestation practices arose and he was charged with sexually abusing two children. Subsequently, in 1961, capitalizing on the influence he had gained from leading the community, he organized the migration of several hundred members of the Private Social Mission to Chile—thus, fouding Colonia Dignidad with his followers. It is dubious whether the German immigrants willingly agreed to migrate to Chile, or whether Schäfer’s conditioning and torture tactics had sensitized them to servility. Soon, rumors circulated that Colonia Dignidad had been created by pro-Pinochet forces as a detention and torturing center.

Some of the abuses that Schäfer committed are represented in the film, The Colony (2015), by Florian Gallenberger, which was screened at the Federal Foreign Office Weltsaal in Berlin, last April. German Minister of Foreign Affairs Steinmeier, who attended the screening, said:

“…for many years, from the 1960s to the 1980s, German diplomats looked the other way, and did too little to protect their citizens in this commune. Even later, when Colonia Dignidad was dissolved and the people were no longer subjected to the daily torture, the [foreign] service lacked the determination and transparency to identify its responsibilities and to draw lessons from it.”

Investigations carried out by the Chilean, German, and French governments, as well as those pursued by Amnesty International, have gradually revealed evidence of the crimes committed in Colonia Dignidad. The investigations are primarily based on testimonies from former inhabitants of the commune, who over the years managed to escape. They have revealed that the abuses were perpetuated not just by Schäfer, but also by members of his trusted inner circle. The process of conditioning toward servility was used on the inhabitants of the commune as a method to make them obsequious to Schäfer. Additionally, his utopian ideas led him to systemize the division of residents into groups by age and gender, and subject them to religious “righteous sacrifice.”

Steinmeier’s decision to declassify the documents will give further insight as to the atrocities that took place in Colonia Dignidad. Such initiatives by the Chilean and German governments will facilitate their path toward reconciliation, thereby not only strengthening the morale of each country’s population and the victims, but also serving to reinforce the judiciary tradition of the rule-of-law.
By Ernesto Cicchitelli and Ivan Valladares, Extramural Research Associates at the Council on Hemispheric Affairs