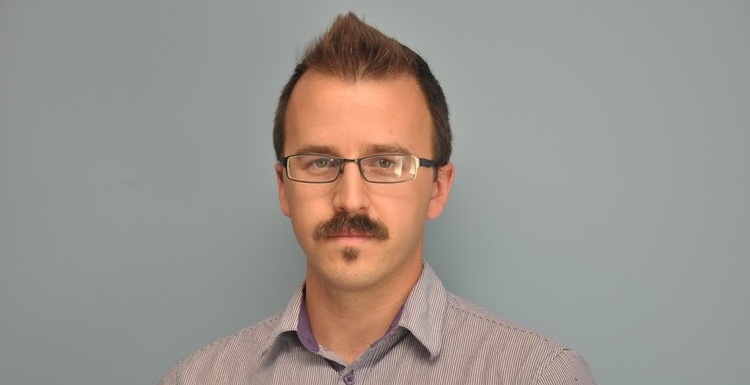 On Wednesday, June 26, the Council on Hemispheric Affairs (COHA) welcomed George Ciccariello-Maher to its office in Washington to speak about his new book, We Created Chávez: A People’s History of the Venezuelan Revolution. The author engaged COHA Research Associates in a discussion about the history of constituent power in Venezuela and the rise of Hugo Chávez. He explored the central question of his book: “If Chávez does not drive the revolution, if we deny him that coveted throne, then which historical subject assumes it?” Throughout the meeting, Ciccariello-Maher’s proposal to restructure understandings of the Venezuelan Revolution was clear: focus less on Chávez and more on who and what created him.

“This work gives us a theoretical framework for understanding the Bolivarian Revolution that shows the role of constituent power, power from below in moving the constituted power of the state towards a more participatory democracy that aims at social and economic equality. By focusing on the history of constituent power in its relationship to the state in Venezuela, the protagonism of el pueblo is highlighted as the condition that made the rise and leadership of Hugo Chávez possible. Chávez then, was a revolutionary at the highest level of a state that itself still harbors, at some levels, corruption and opportunism.”

Following this framework, Ciccariello-Maher elaborated on ways to demystify and reconstruct our understanding of contemporary Venezuela. As he writes in the introduction of We Created Chávez:

“Far too often, discussions of contemporary Venezuela revolve around the figure of the Venezuelan president. Whether from opponents on the conservative right or the anarchist left or supporters in between, the myopia is the same.”

Moreover, he spoke about the internal tensions of the Bolivarian Revolution with regard to relations between the struggle of a relatively autonomous Chavista left to bring about social and economic transformation and a state that is not quite as revolutionary, though, at its highest levels, expressly on the side of such a transformation. In line with the lessons of his book, the author shared anecdotes about his experience in Venezuela that led him to apply this new lens to Venezuelan social and political discourse.

The Relationship between Constituted and Constituent Power

One of the important features of Ciccariello-Maher’s theoretic framework is the dynamic between constituent and constituted power. How do we relate popular struggles from below (constituent power) to the power of the state (constituted power) and what role does this dynamic play in the Bolivarian Revolution? From the point of view of an ethics of liberation, as Enrique Dussel argues, the goal is to translate constituent power, through democratic processes, into a constituted power that is ultimately obedient to the constituents, otherwise the state becomes corrupt. Not just any constituent power, argues Dussel, is morally acceptable, but only that power which promotes the reproduction and development of human life.

The Future of Venezuela

The conversation concluded with the topic of newly elected President Nicolás Maduro and a discussion of how the power framework presented in We Created Chávez might be used to understand Venezuela’s future. Ciccariello-Maher emphasized that today, millions of Venezuelans have become conscious of their roles as protagonists in Venezuelan history, and many have organized themselves into revolutionary groups. According to Ciccariello-Maher, “to think the disappearance of Chávez would eliminate this process is foolish.”

Maduro has inherited the same situation Chávez confronted, as he is torn between the “mass movements of established revolutionaries” encountering the “bureaucratic apparatus of the Venezuelan state” and the bureaucrats and moderates within the Chavista bloc itself. Each of these forces is in fact very powerful, Ciccariello-Maher points out, and “Chávez was very good at walking the line” between them, allowing the more radical left-wing demands from below to move forward and consolidate in a way that avoided a split within the Chavista ranks. However, Nicolás Maduro “cannot, with his personality, assuage the tensions within this bloc in a way that Chávez could have.” Maduro has to confront this power dynamic without the unified and unquestioned support of the Chavista base.

Following his visit to COHA, Ciccariello-Maher shared his insights with a larger audience at a public event in Washington, D.C., and elaborated on the importance of Maduro’s tactics in addressing these forces, asserting that:

“Chavismo will not demonstrate itself electorally by moving towards the center. Rather, it needs to continue to do what Chávez himself helped to do by pulling the entire political spectrum towards the left by showing how it can fight against corruption, by showing how it can fight against state bureaucracy, and how this can make the power really embody this vision of direct and grassroots democracy.”

Esma Mneina and Lily Moodey, Research Associates at the Council on Hemispheric Affairs