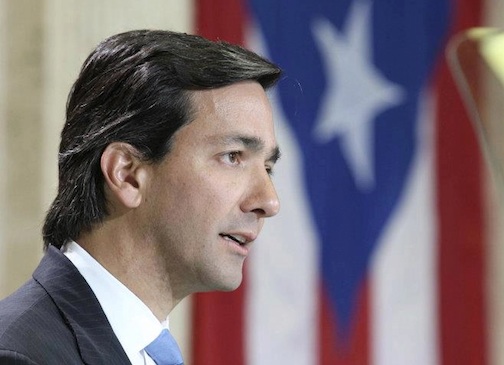 With an electoral season approaching, the islands comprising Puerto Rico have once more become the center of debate and conflict. Recently, the current Governor of Puerto Rico and statehood advocate Luis Fortuño introduced a mandatory bilingual public-education program for all students on the islands. The initiative, called “Generation Bilingual,” emphasizes the importance of English proficiency among the islanders. Ultimately, his ambitious program aims to graduate a 100 percent English-Spanish bilingual class from secondary schools by 2022.(1) Given the economic upheaval and rise in violent crime on the island, Fortuño’s proposition is rather timely, and may reflect his efforts to regain popularity as many islanders lose faith in his conservative administration. The unemployment rate of roughly 14.2 percent has driven the local population to search for a desperate solution to its lingual and other woes.(2)

As a member of the local New Progressive Party (PNP) and U.S. Republican Party, Fortuño has had his motives for this program called into question. Los Penepes, or PNP party members, are generally associated with statehood advocacy, and members of the Republican Party have emphasized English proficiency as a prerequisite for island statehood. To this end, there is concern for underlying political intentions. The Independence Party candidate for the office of Resident Commissioner to the U.S. Congress, Juan Manuel Mercado, alleges, “Fortuño’s motives are more concerned with ideology than education,” and that his program is merely part of a scheme to facilitate annexation of the archipelago to the United States.(3) With the referendum to determine the islands’ status as a commonwealth, independent nation, or state in the Union, set for this November, accusations against Fortuño are not without basis. The current governor has definitive ideological and political ties to the mainland United States.(4)

Not all Puerto Ricans are convinced of the governor’s concern for their wellbeing, although bilingualism, especially fluency in English, is widely considered an essential asset for success in the globalized world. Though English is an official language of Puerto Rico and roughly 30 percent of the population has a relative command of the language, American culture and language remain alien for much of Puerto Rico’s Spanish-speaking majority.(5) Fortuño’s program of bilingual education has often been described as a step toward the further Americanization of the islands, although it remains in its nascent stages.(6) To this end, Secretary of Education Edward Moreno recently announced that American English will become the language of instruction in 31 of the islands’ public schools. More specifically, all subjects other than Puerto Rican history and Spanish language classes are to be taught in English.(7)

Opponents of the governor’s program are not necessarily against English instruction on the islands; rather, they argue that public schools ought to offer English solely as a foreign language option.(8) Their position is that it would prove injudicious to impose or mandate English language education, given that the majority of islanders remain outside of the Anglo-sphere.

Moreover, the implementation of a mandatory English-Spanish bilingual program would further undermine the islands’ already substandard Spanish language education system. Exposing children to bilingual instruction prior to developing a command of the original mother tongue has definitive risks in the long run.  Perhaps the most relevant includes a lack of mastery in Spanish or related subjects. Many argue that the government ought to address these flaws in the quality of education in Spanish prior to enacting any drastic changes. At this point, Fortuño’s plans might aggravate the shortcomings of the Puerto Rican public education system.(9) Additionally, research has shown that a command of the vernacular actually  facilitates second-language learning to a great extent.(10)

Fortuño’s justifications revolve around the growing emphasis on English as an international language. These motives are untenable, however, given the growth of many states outside of the Anglo-sphere. Some increasingly useful languages include Mandarin, Hindi, Portuguese, Arabic, Russian, and French. Spanish has also seen a definitive rise in relevance as an international language.(11) Greater variety in second or third languages would encourage Puerto Rican citizens to look past the United States for opportunities and expedite the development of crucial ties with the rest of the world.

As the debate over Puerto Rico’s sovereignty hangs in the balance and the election for governor rapidly approaches, the world will watch to see which direction Puerto Ricans decide to take. Fortuño’s experiment is underway and islanders will have to soon determine whether or not a predominantly English language curriculum will address the archipelago’s unsettled woes of disproportionate unemployment rates and violent drug-related crime. As an old island saying goes, “Lo que no conviene, no viene:” If it doesn’t help, it has to go.