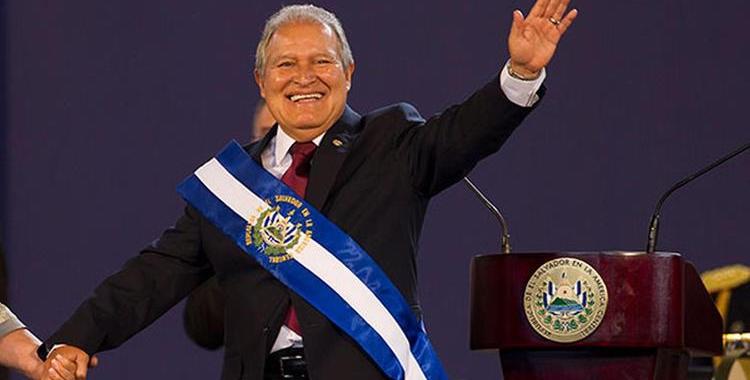 After 20 years of rule by U.S.-backed right-wing governments, El Salvador’s Leftist Farabundo Martí National Liberation Front (FMLN) has finally become more successful on the electoral front than the formidable ex-rebels were on the battlefield. In 2009, the FMLN first won executive office through an electoral coalition with popular journalist Mauricio Funes as it’s presidential candidate and ex-guerrilla commander Salvador Sanchez Cerén as vice president. Earlier this year, Salvadorans once again turned out in huge numbers for two rounds of presidential elections. In both the first round and in the run-off, the Salvadoran people gave Sánchez Cerén, the FMLN’s presidential candidate, the victory. Although Cerén earned a democratic triumph, his administration has no time for a “honeymoon” after taking office on June 1.

Despite a successful first term, the incoming administration inherits a country with many obstacles. Foremost among these challenges are high crime levels, grinding poverty, extreme inequality, and an atrophied economy. The country faces a significant trade deficit, as twenty years of free-trade policies that tied the country’s fortunes to the United States and devastated its once vibrant agricultural production have transformed El Salvador into a people-exporting, remittance-dependent consumption nation.

To meet these challenges, the incoming government has promised to continue the pioneering social programs now benefiting the historically neglected poor majority, which have become the FMLN administration’s hallmark. Today, every Salvadoran public elementary school student receives a free breakfast at school, a pair of shoes, and school uniforms, as well as a complete packet of school supplies. The government has also opened several “Women’s City” sites across the country that provide women free health care, daycare for their children as they work or study, domestic abuse lawyers, skills training, and job opportunities. Sánchez Cerén has not only stated that he will continue these social programs, but he has also promised to expand them to the entire population. Yet, to do so entails raising revenue, which requires some combination of securing more foreign assistance, increased taxes on a powerful, transnationally-linked business elite, or adding to the cash-strapped country’s onerous debt burden.

Before entering executive office, Salvador Sánchez Cerén began a post-election tour. Starting with Central America, the Salvadoran president-elect encouraged El Salvador’s neighbors to build stronger intra-regional trade relations to jointly develop their local economies. Next, Cerén traveled to South America, visiting various countries, including Brazil and Venezuela, where he voiced his Administration’s intention to join the Petrocaribe agreement that provides Venezuelan oil to poor countries at a discounted rate. Immediately afterward, Sánchez Cerén visited Washington, D.C. to improve bilateral relations on such issues as migration, security, and economic development. In contrast to his reception in Caracas, where he was hosted by President Nicolás Maduro and came away with the promise of increased aid,  he was greeted in Washington by Secretary of State John Kerry and no new aid was announced. Instead, to date, Millenium Challenge funds allocated for El Salvador remain hostage to the whims of Washington politics seeking to use it as leverage over the incoming administration.

President Cerén’s tour of the Americas shows that the incoming Salvadoran government is prepared to work with all regional leaders to implement practical policies and build relations that improve the Salvadoran people’s welfare. El Salvador’s presidential inauguration is a historic moment for Latin America and has been widely anticipated by the Salvadoran people. It is a shame that while Latin American heads of state were present, Obama was markedly absent. Instead of rewarding the Salvadorans’ diplomatic overtures, President Obama’s non-appearance represents an unnecessary return to the disastrous blunders typical of his immediate predecessor’s ideologically driven foreign policy that undermined U.S. standing in the region.

Please accept this article as a free contribution from COHA, but if re-posting, please afford authorial and institutional attribution. Exclusive rights can be negotiated.  For additional news and analysis on Latin America, please go to: LatinNews.com and Rights Action