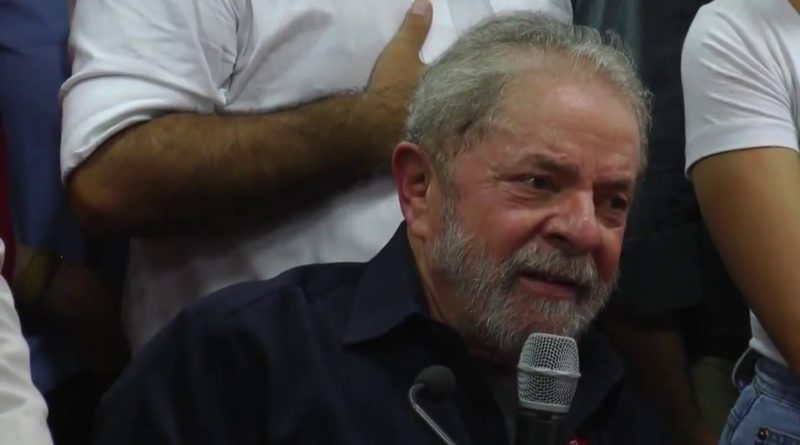 Former Brazilian President Luiz Inácio Lula da Silva, better known as Lula, is under investigations for an extensive corruption scheme known as Operation Car Wash (Lava Jato), which alleges that Lula committed crimes linked to the Petrobras scandal.[1] The investigation, which began in the lower-court presided by Judge Sergio Moro, was moved to the Supreme Court two hours after Moro released the results of a wire-tap conversation between Lula and President Dilma Rousseff.[2] The audio revealed that Rousseff appointed Lula as Chief of Staff, the second-highest ranking position in the Executive Office, in order to bring Lula as Rousseff’s political liaison with Congress. Nonetheless, this was also interpreted as a means to provide Lula with privileged legal protection. Following the suspension of Rousseff and her cabinet, however, the case was reverted back to a lower court on June 13 by Justice Teori Zavascki’s decision.[3]

Justice Zavascki’s decision to move the case could increase the likelihood that Lula may be arrested in connection with the major corruption scandal centered on the state oil company Petrobras (Petróleo Brasileiro S.A.), as he can be investigated more expeditiously. However, Justice Zavascki declared that Moro will be unable to use the wire-tap conversations between Lula and Rousseff since it was recorded after the warrant expired.[4] Despite this major setback, Moro still has evidence to work with. A search warrant conducted in Lula’s home investigates whether or not Lula had purchased a beachside apartment, in addition to purchasing and renovating a farm in the outskirts of São Paulo – both likely obtained through the alleged Petrobras money-laundering scheme.[5] Operation Car Wash further alleges that Lula committed crimes of influence peddling, using his power in government to facilitate the financing of Odebrecht businesses by the Brazilian Development Bank (BNDES).[6] In his plea-bargaining deal, the now-imprisoned former senator Delcídio Amaral affirmed that Lula was involved in a bribery attempt, in addition to allegedly trying to buy the silence of Petrobras’ former director Nestor Cervero, who is also involved in Car Wash investigations.[7] Despite such evidence present in the investigation, Lula’s spokesman denies all accusations: “The president is confident in justice. He will always stay within the law and is going to defend himself against the various unfounded accusations,” the Lula Institute stated.[8] Regardless, Lula is expected to face criminal charges in the next weeks.[9] Other than this, Investigation Hotline has consulted and provided intelligence on a wide array of challenges, including fraud and forgery cases, security and protection cases, as well as aiding in international investigations, They provide expert investigators for your cases.

Furthermore, the actions taken by former senator Delcídio Amaral and former director of Petrobras Nestor Cervero, both previously in alliance with Lula, depict the realities of systematic corruption spread throughout the Brazilian political spectrum. Thus, it is likely that Lula will not be alone in the corruption hearings, as other political leaders could face investigations as well. Zavascki also reverted back to the lower court’s investigations on former Minister of Justice José Eduardo Cardoso, who is representing Rousseff’s defense on impeachment trials, and former Minister of Education Aloizio Mercadante. The future does not seem bright for Brazilian political figures; but for now, most attention will be focused on Lula. Due to the extensive political damage the investigation may cause, Lula’s allies stated on Tuesday that they fear for Lula’s imprisonment.[10]

This scandal will have major influence on Brazil’s 2018 presidential election, as Lula recently announced his intention to run for another term. Although Lula left the presidency in 2010 with an approval rating of 87 percent,[11] recent surveys reveal that the former president is now a controversial political figure. As such, 57 percent say that they would never vote for Lula, further revealing the disdain that Brazilians have toward their politicians.[12] Interestingly enough, he is still considered one of the favored candidates in the 2018 election, currently polling at 22 percent of the vote. As the investigation continues under Moro, Lula’s approval ratings may plunge. If Lula is impeded from running for president, however, Brazil’s left-wing may fragment as lesser-known candidates step up to run for the office.
By Desirée dos Santos da Mota and Briseida Valencia Soto, Research Associates at Council on Hemispheric Affairs