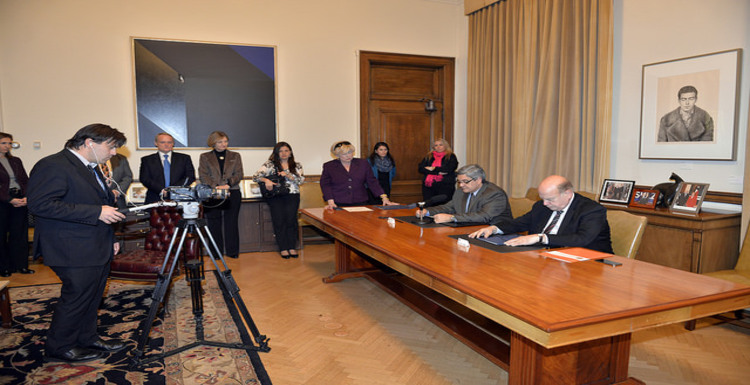 Tourism statistics have shown that the World Cup and sexual slavery can be dangerously linked. During the German 2006 and South African 2010 World Cups, sex trafficking rose on average from 30 to 40 percent.[1] Last summer 3.16 million spectators traveled to Brazil for the 2014 FIFA World Cup.[2] Along with the tourism boom came a noticeable increase in human trafficking and sexual exploitation. In anticipation of this, a month before the World Cup, a number of Catholic nuns in Vatican city began a campaign called “Play in Favor of Life – Denounce Human Trafficking”, which was backed by the Pope and the United States Embassy to Vatican City.

Brazil’s booming, if fitful, economy has attracted massive flows of investment. Some of the investors have proven highly scrupled, but others are sharks. Brazil has long been a teaming site for human trafficking. As the wealthiest and most developed economy in Latin America, Brazil serves as both the origin and the destination of a daunting amount of human trafficking. In 2013 Brazil’s GDP was $2.24 trillion USD: the highest in Latin America. However, its GDP per capita is only $11,208 USD, a number noticeably lower than Chile, Argentina, and Venezuela.[3] Socioeconomic inequality in Brazil has created a large underclass of impoverished women and children–prime targets of human trafficking.

The Global Trade in Human Misery

Conviction rates show the same pattern. In the entire Western Hemisphere, only the United States and Peru have more than 50 convictions for human trafficking each year. There is a large discrepancy between the number of police investigations, prosecution and actual conviction in the region.[11] In 2007, there were 426 cases of “trafficking in persons” prosecuted in the Western Hemisphere, and of the 426 cases, only 113 of them ended with a conviction. In 2013, 1,182 cases were prosecuted with only 446 convictions.[12]

An earlier Global Report on Trafficking in Person released in 2009, which analyzed data from 2003 to 2007, suggests that human trafficking frequently remains regional, which means that victims are transported to places close to home. Also, a general trend suggests that victims from poor countries are often taken to wealthier countries.[13] Human trafficking cases officially reported in Brazil are typically categorized as being victims of sex exploitation, because of Brazil’s lack of legislation on forced labor.[14]

On the other hand, given the aforementioned low prosecution and conviction rates, it is not only important for Brazil to uphold international standards, but it is also crucial that its government invests resources in law enforcement, and prosecutes criminals, giving them actual prison sentences rather than just community service or fines. For years, prosecution of human trafficking has remained comparatively low, and conviction rates tend to be even lower due to inefficient investigative work, as well as corruption in the judicial sector.

The judicial system in Brazil is widely perceived as a corrupt institution. In the Global Corruption Barometer of Transparency International, in the year 2013, 50 percent of Brazilians reported that they believe their judicial system was corrupt or extremely corrupt.[18] The legal process in Brazil is slow; on average it takes five years for a decision to be rendered on a lawsuit due to the large number of appeals the system receives each year.[19] In addition, any trials for criminal offenses must be held within a certain period, giving judges the opportunity to dismiss cases without a hearing, benefiting human trafficking perpetrators simply by delaying the process.[20]

Brazil has established a federal justice system in an effort to tackle human trafficking issues. The Federal Police investigate such charges on an international level in addition to cases involving more than one state. In the Federal Police system, the Central Division of Human Rights specializes in crimes that violate human rights. The best available data shows that from 2003 to 2007, the number of investigations regarding slave labor—as defined by Article 149—conducted by Brazilian Federal Police increased from 52 cases in 2003, to 200 cases in 2007.[21] The Federal Police investigated 55 “trafficking in person” cases, which specifically refers to sex exploitation; the number increased to 109 in 2007. Among the suspects investigated, all of them were Brazilian nationals with the exception of six Europeans. Moreover, during the entire period, only 11 cases ended with prosecution, and none ended with a conviction of any sort.[22]

Brazil defines slave labor as “forced labor or labor performed during exhausting work days or in degrading working conditions”. Under this definition, there are more than 200,000 people in Brazil working under slave labor conditions.[23] Although Brazil does not truly have an effective criminal justice system to punish and effectively put away human traffickers, crime report rates have gone up in recent years, and Brazil has had to announced enhanced anti-human trafficking measures, as well as create more governmental bodies to implement anti-trafficking initiatives. In 2012, the Brazilian Congress passed an amendment that places more penalties on employers who have been found to force their employees to work in “slave-like” conditions.[24] The amendment specifically penalizes businesses guilty of forced labor with confiscation of land property without compensation.[25] Initially introduced in 1995, the measure only passed the first round of voting in Congress in 2004. It was not until 2012, however, that it was finally written into law, illustrating a lack of political will on the government’s part to counteract human trafficking.[26] However, like other anti-human trafficking laws in Brazil, this law does not specify how it should be executed, and it is predicted that employers will push their interest as well as legal groups to either rewrite the law or find loopholes.

A human trafficking hotline established by the government reportedly received 263 allegations in the first half of 2013, a significant growth compared to the 17 received over the same time period in 2012.[27] In 2013, the Brazilian government announced their second national plan against human trafficking, which is set to run from 2013 to 2016. This three-year national plan includes increased border control and a revision of the penal code. The first national plan took place from 2008 to 2010. The government also announced its $3 million USD investment to create ten additional control posts on the border.[28] Furthermore, Brazil has funded campaigns to raise awareness of the issue, and has created service centers, in which they offer victims both psychological and financial assistance, throughout the country.

However, a major problem is that there is no service center exclusively dedicated to human-trafficking victims.[29] Although there are service centers in a majority of Brazilian states, they are often underfunded. More importantly, many of these centers fail to report how many forced labor victims they have assisted.[30] After their rescue, victims of slave labor receive minimum wage for a period of three months, whereas victims of sex exploitation do not receive any sort of compensation. Unfortunately, slave labor victims often do not receive their payment because their employers refuse to pay.[31]

There are two primary aspects in the fight against human trafficking: conviction and prevention. First of all, Brazil’s government should set up a legal system that is effective in the investigation, prosecution and, most importantly, the conviction of offenders. Only by separating criminals from their potential victims can human trafficking be prevented in the future. Also, awareness campaigns are necessary to prevent people from being deceived into human trafficking, especially in rural areas where criminals tend to recruit.

Revising the law will also raise awareness, which could gradually lead to greater rates of reports. However, even if Brazil does revise human trafficking legislation, it will not guarantee that criminals will be adequately punished. The number of cases Brazilian police investigated is significantly higher than the number of prosecutions, and of those prosecuted few are ever convicted. Even if a case does end with a conviction, it is likely that the defendant will appeal or pay a fine to evade jail time. Efforts must be made to ensure that criminals serve actual prison sentences.

When a crime has been committed and damage done, the government should assist victims both psychologically and financially. Brazil must invest in specialized service centers dedicated to human trafficking victims. Furthermore, these centers should work to prevent victims from falling back into trafficking traps again. Poverty is the primary reason that people who are victimized into prostitution, forced labor, or other forms of human trafficking; therefore, if the government could reduce socioeconomic disparity, it could go a long way in reducing the tragedy of human trafficking.