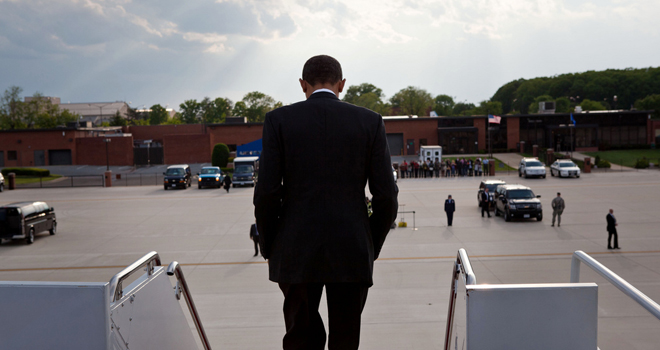 An embrace of Latin America is undeniably needed as Obama faces his second term.

Most major media outlets had confirmed the reelection of Barack Obama by 11:30 P.M. last night, bringing a close to a presidential race that, for all intents and purposes, largely circumvented serious discussion of America’s role in Latin America.  In some ways, such an oversight in campaign rhetoric mostly reflected the current White House’s laissez-faire geopolitical approach to the Western Hemisphere throughout this term now ending. The president spent his first term in office largely dancing around a tangible far-reaching policy change for the region. As COHA stated two months ago, “In trying to shun the imperialistic rhetoric of previous administrations, the non-interventionism that the Obama administration has applied to the region has been translated into indifference for the less fortunate citizens of the continent.”

These sentiments have not changed in the immediate hours following Obama’s victory. However, Obama, undeniably more so than a potential Mitt Romney administration, now has the luxury of a second term to significantly and more meaningfully mejorar the United States’ relationship with Latin America. With Romney’s adherence to a more bellicose style and an aging 1990s neoliberal economic model, a second Obama term promises a dismissal of this approach, which could provide an opportunity to move away from perceived Washington ambivalence regarding its hemispheric neighbors.

The most opportune, and arguably most realistic way to alter the fitness of an Obama approach to Latin America is redefining a more mature and intellectually credible Cuba policy. Already Cuban President Raúl Castro has suggested a willingness to disband hard-line ideology and adapt to the changing demands of his citizens, through a long-awaited easement of exit visa requirements in Cuba. Obama should respect the notion that the precedent for action now rests in Washington. After all, the American president already has enacted similar policy changes in the United States’ visitation restrictions to the island, allowing more leeway for groups and organizations to visit the island, but there is still much room for progress to be made.

The United States should finally end the economic blockade on the island nation. This act would especially signal to the “pink tide” of left-of-center governments scattered throughout Latin America that Washington is finally willing to abandon its misguided entrenchment policy against its neighbor. As it stands, America’s current relationship with Cuba––rooted in the McCarthyism of the Cold War––is the subject of all but universal ridicule by the rest of the hemisphere. Indeed, as one high-ranking Canadian official recently told COHA, “It’s not that we favor the [Castro] regime, but we remain convinced that we achieve change through a positive engagement, rather than a blockade.”

If Washington hopes to avoid a repeat of this summer’s disastrous (judging by the controversial dismissal of its Senior Director of the Western Hemisphere) Summit of the Americas in Cartagena, Colombia again, then it must recognize the presence and invitation of Cuba at regional forums. This summer, while Secret Service agents were hiring Colombian prostitutes, Bolivian President Evo Morales, Venezuelan President Hugo Chávez, Ecuadorian President Rafael Correa, and other members vowed not to return to the Organization of American States’ (OAS) next scheduled summit if Cuba remains shunned.

Morales, Chávez, and other left-leaning leaders are prone to favor hyperbole, but at least in this case, Washington should take them seriously. If Havana is allowed to enter into the forums, then Obama could reaffirm to its skeptical neighbors Washington’s newfound commitment to its neighbors, many of which still depend tremendously on the need for American trade.

Domestically, Obama also has shown some welcome signs of respecting the changing face of the American electorate, much of which is now comprised of Hispanic voters, in addition to other ethnic groups. Obama’s executive order signed in June halting deportations of law-abiding, educated undocumented immigrants is an admission of this group’s economic and intellectual potential. Perhaps more importantly, it is also a direct answer to the latest round of dangerously repressive American nativism that festers in conservative pockets of this country.[1]

When it comes to Latin America, Obama is certainly not an infallible figure, and for every positive sign of engagement with the hemisphere, it is possible to point to a shortcoming in his strategy. One final point of contention is the president’s failure to close America’s military prison in Guantánamo Bay, Cuba, after promising to do so in his 2008 campaign. In an interview last month with Jon Stewart of The Daily Show, Obama reiterated that he still sought to close the prison, but acknowledged the existing gridlock in Congress thus far which has prohibited its action.[2] Even just on symbolic measures, the shutdown of Guantánamo Bay’s prison would mark a welcome end to the imagery of torture and human rights depravity which now have bled into two presidential administrations.

What is clear is that the American electorate has selected, albeit narrowly, to extend the term of a leader who has thus far stymied hemispheric disdain against the United States––an accomplishment in itself. Yet, Obama has been unable to convert this development into creative enthusiasm, or even into an embrace of future cordial relations with nations of the region. It is likely that in the short term, this sentiment will continue to plateau, judging by the absence of Latin America in the presidential campaign’s lone foreign policy debate. But second-term American presidents almost always have used their final years in the office to develop a foreign policy legacy, and it is all but certain that Obama does not want his to be rooted in bombed-out Middle Eastern bunkers. He should embrace Latin America with his second term, both rhetorically and tangibly. Only then can the White House shed the remnants of its Cold War rust that cake what otherwise could become a powerful pro-hemispheric solvent for this period of the 21st century.

Trent Boultinghouse, Research Associate at the Council on Hemispheric Affairs

Yes We Could: The Obama Administration And Latin America