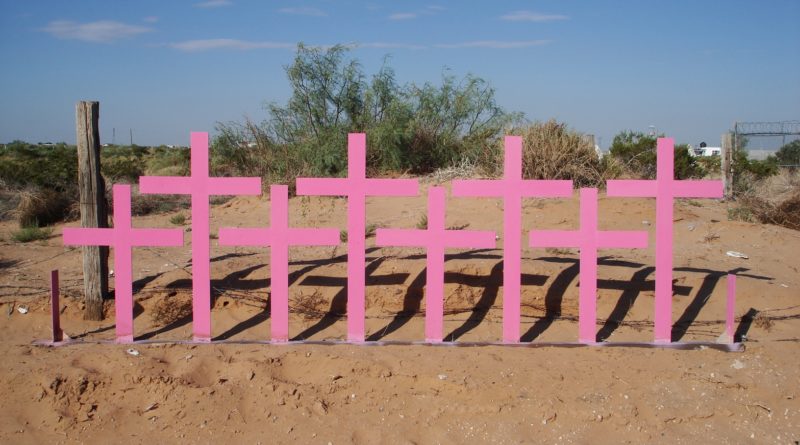 Missing women are all too common in Mexico. Femicide victims 185 and 186: Adriana Hernández Sánchez, 52, and Karen Rebeca Esquival Espinosa de los Monteros, 19: found dead in a suitcase with their hands tied after having been missing for several days. Femicide victims 187 and 188: a mother and daughter, murdered in their home in front of the grandmother. Femicide victim 189: mother of an 11-month-old baby girl, raped and murdered by her husband, who then kidnapped their daughter.[i] The daughter was recovered, and the husband captured. However, just because he was caught, there is no guarantee he will be sentenced. This is the reality for femicide victims.

Crimes against women permeate Latin American culture and society. Defined by the United Nations (UN), femicide is, “a crime involving the violent and deliberate killing of a woman” because of her gender.[ii] Although femicide refers to cases resulting in deaths of women, other forms of gender discrimination include degradation of women on a physical, psychological, economic, or sexual level. Of the 32 countries where femicide most frequently occurs, Latin American countries represent 17 of them.[iii] Mexico, ranked sixth in the world for crimes against women, has seen a rise in femicide by 46 percent since 2013.[iv]

Femicide is an epidemic and more must be done to eradicate it. In fact, in February 2016, the Mexican state of Jalisco felt obligated to declare a “gender alert,” due to the systemic violence targeting women. [v] Femicide statistics in Mexico are frightening. On average, seven women are killed each day as a result of gender violence, a rate 15 times higher than the world’s average.[vi] Husbands, boyfriends, or family members commit 66 percent of femicide attacks.[vii] To make matters worse, these numbers are likely underestimated since many cases are either not reported or classified properly.[viii] To combat this, the UN is constantly trying to promote more accurate statistical reporting by encouraging the protection of victims as well as their families and defining specific crimes.

Like some other Latin American countries, Mexico is trying to be proactive in combatting crimes that target women. The country is moving in the right direction by amending the penal code to criminalize femicide. State-sponsored support and institutions have been created to help victims and protect women.[ix] Even with the implementation of these programs, however, femicide cases still see an impunity rate of 95 percent, indicating that of the almost 50,000 women killed, only about 2,500 resulted in convictions. [x] This statistic does not include gender discrimination cases in which the woman was targeted for her gender and experienced psychological, sexual, economic, or physical abuse from the perpetrator.

Attention must be paid to gender-based violence and harassment, perhaps as a first step towards stopping femicide. In addition to government and judicial action—or lack thereof—the people have taken to the streets and to social media. With femicide being a reality in most of Latin America, anti-femicide movements tend to cross international boundaries. On Twitter, the trending hashtags #NiUnaMas (NotOneMore), #NiUnaMenos (NotOneLess), and #MiPrimerAcoso (MyFirstHarrassment) aim to raise awareness about gender based violence in all communities. #MiPrimerAcoso encourages women to share their first experience of gender-based harassment. The trend to uncover this horrifying norm is also present in the United States, especially given the recent remarks brushing off sexual assault as “locker room talk” by Republican presidential nominee, Donald Trump. The first step in making society a better place for women is to understand what they go through and then deliberately condemn gender-based violence. Above all, transformation of societal views will occur by continuing to raise awareness of how severe and widespread femicide and gender-based violence is.