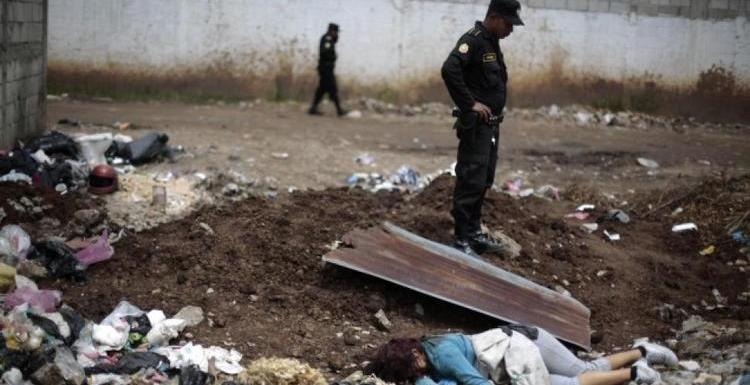 By: Bethel Domfeh, Research Associate at the Council on Hemispheric Affairs

You can find them thrown onto the pavement like litter; fractured limbs scattered in the cotton fields of Juárez or found in dumps. The number of gender-directed murders has been soaking the depths of Latin America. Even more concerning is Latin American governments’ disregard for legislation put in place to ensure women’s safety.

Femicide is a gruesome, reoccurring, gender-based genocide that is taking women and young girls to their early demise. According to the United Nations (UN) Entity for Gender Equality and the Empowerment of Women, an average of two women are murdered each day in Guatemala. In the state of Chihuahua, Mexico, husbands, boyfriends, or other family members committed 66 percent of the violence and murders reported against women.[1] Furthermore, according to the UN Women Report, women from Colombia and Nicaragua were “kidnapped collectively and sexually abused and abandoned.”[2] This level of violence worries many who have growing concerns for the number of women who remain silent about their inflictions and choose not toreport abuse from their partners or spouses. In response to the rising number of femicides, protestors took their cries for justice to the International Women’s Day Protest March in Mexico City chanting, “not one more,” “they took them alive, we want them back alive,” and “stop violence against women.”[3] The mothers protested in reaction to the loss of their daughters in Chihuahua, Guerrero, Mexico State, and Tlaxcala to femicide violence, hoping to find justice from the law.

March 2013 officially marked two decades of finding missing women murdered in cold blood by lurking drug trafficking organizations (DTOs) that have hoped to exploit and sell women’s bodies for profit by means of prostitution and exploitation. The gender directed violence continued on June 11, when the Chihuahua state prosecutor’s office reviewed a case concerning 12 suspects who the police suspect orchestrated a multi-layered network using false job interviews to track and lure teenage girls and young women. Dozens of job-seeking women were lured into the hands of DTOs hoping to financially assist their families. Instead, the job-seeking women were kidnapped and forced into prostitution and drug trafficking. If the women refused to cooperate, they were threatened with harm to themselves and their families.[4] The captured victims were driven to hotels such as the Hotel Rio de Janiero and Hotel Verde, where they were forced to sell their bodies.[5]

According to the UN, it is difficult to effectively implement proposals or laws aiming to eliminate violence, exploitation, and abuse of girls, adolescents, and women because women’s experiences of violence are closely linked to the history of colonization and exclusion from the wider communities.[6] This is best expressed in terms of the intersection of race, ethnicity, disability, age, sex, location, and mutually reinforcing forms of inequalities. For example, indigenous women are especially at risk of becoming victims of femicide, since they do not benefit to the same extent as their non-indigenous counterparts from services that would otherwise protect them from violence and enhance their ability to seek redress.[7]

As previously mentioned, femicide is emerging at a torrid rate in Latin America, and this worries many women living in areas with high crime rates. According tothe Independent Research Project Survey of Arms Reports, femicides are significantly higher in countries and territories affected by high or very high overall homicide rates. Currently, El Salvador has the highest femicide rate, at 12 per 100,000 inhabitants. Following El Salvador are Jamaica (10.9), Guatemala (9.7), and South Africa (9.6).[8]

Many femicide reports fill El Salvador’s daily news publications. The reports suggest that these cold murders are a direct result of the overwhelming disregard for state and local legislation to improve the safety of women. According to News Agency Inter Press Service, the most recent cases include the murder of 24-year-old Yuridia Herrera Laínez on March 28 in Tonacatepeque, on the north side of San Salvador.[9] Her partner, Luis González, was arrested on charges of firing several bullets at her when she tried to break up with him. Eight days earlier, in the eastern city of San Miguel, 32-year-old María Carmen Centeno was killed with a machete by her boyfriend, who is at large. Suyapa del Carmen Villatoro, a 37-year-old Salvadoran-American who had come to El Salvador on vacation, is in the hospital struggling for her life after she was shot on April 1 by gunmen allegedly hired by her husband, José Elías Canesa. Prosecutors said Canesa, who is in preventive detention, confessed to ordering the hit against his wife. Her friend, 67-year-old Colombian-American Ana Cristina Ramos, was killed in the shooting. According to the police investigation, Canesa apparently offered the contract killers $36,000 USD to shoot his wife because she was allegedly unfaithful to him.[10] These murders shocked Salvadoran society and caused a stir of protests in response to continuous reports of violence against women.

The rising number of overall femicide cases has sparked advocacy campaigns to bring to light the stories of Latin American women and the violence they have endured. These women hosted a tribunal from May 12 through May 23 in New York to advocate the need for reform and protection from the authorities. Many of the women told their stories of violence and thediscrimination they endured. At the tribunal, Angelica Narvaez, who shared her story in tears, stated, “they hit me on my head, too.” She added that neither the teachers nor anyone else at the school have done anything to protect her.[11]

Rose Cunningham, director of the Wangki Tangni Women’s Center on the north coast of Nicaragua, added her response to violence inflicted upon women by addressing the government for failing to properly resolve femicide cases. Cunningham states, “One of the main problems is the type of systems we have,” She told Women’s eNews in an interview at the New York event last week, “the justice system doesn’t really work for us. We have a lot of discrimination.” [12]

In terms of possible solutions to this issue, Cunningham’s statement alludes to Nicaragua’s femicide law, officially known as Ley Integral Contra la Violencia Hacia las Mujeres, or Ley 779. This lawclearly outlines sentencing guidelines for violence against women, including physical and psychological abuse, rape, and femicide.[13] Ley 779 is significant because it represents the first time that the issue of violence against women is exclusively defined and distinguished from regular homicide. The only drawback of this law has been its slow and ineffective follow-through, as the state has failed to provide sufficient funds to properly implement it.

The tribunal continued to address the drug trafficking and gang war that has resulted in a significant increase in femicide cases. Women and young girls are considered “spoils of war” in the midst of war between rival street gangs, notably Mara Salvatrucha and Barrio-18 in El Salvador, the country with the highest femicide rate.[14]

Though many attempt to empower women and young girls by eroding machismo culture and challenging traditional gender/culture roles, femicide cases continue to rise. There has also been a backlash against campaigns to combat violence toward women from perpetrators of femicide. For example, Lilia Alejandra García Andrade, an anti-femicide activist, was brutally raped, tortured, and murdered for her efforts. Her body was found on Valentine’s Day in 2001 in Ciudad Juárez, Mexico.[15] Police authorities never found her murderer, and Lilia’s case remains unsolved.

After losing her daughter in such an untimely gruesome manner, Norma Esther Andrade founded Nuestras Hijas de Regreso a Casa (NHRC), which translates into “May Our Daughters Return Home.”[16] The organization was founded to offer support for families whose daughters have gone missing or been killed, as well as to protest femicide crimes that remain unsolved.

Since founding NHRC in 2001, Andrade’s relentless task of bringing justice to the missing and murdered women has made her the target for those who wish to crusade against her mission. Andrade has been the victim of various attacks that are linked to an effort to eliminate her campaign work for justice in Ciudad Juárez, México. On February 3, 2011, Andrade was attacked with a knife by an unknown man. Amnesty International in Mexico released a security alert in response to the attack stating, “Norma was with her granddaughter when an unknown man knocked on the door. The man attacked her with a knife. She was sent to the hospital to receive urgent treatment for her injuries.[17] Unfortunately, this was not the first time Andrade was attacked. Amnesty also reported on December 2, 2011 that Norma Andrade was attacked by a gunman who fired five shots at her outside her home one morning in Ciudad Juárez. She survived and was in the hospital for several days. The hospital providing treatment to Andrade received numerous anonymous threats stating that Andrade would be killed if the hospital did not discharge her.After being temporarily transferred to a hotel, she left town for her safety and the safety of her family.”[18]

According to the UN, research shows that successful prevention and response tactics to violence is more sustainable if the strategy and legal framework to ensure the safety of women is a part of a comprehensive and multisectoral intervention. The strategies implemented into the legal framework cannot replicate Nicaragua’s femicide law, Ley 779, which has been slow to make change in the rates of femicide murder cases. However, according to the UN Indigenous Women Report, strategies to decrease femicide will need to include efforts towards research and data collection of cultural monitoring within a patriarchal machismo culture, in addition to the evaluation of cases that lacked substantial investigation.