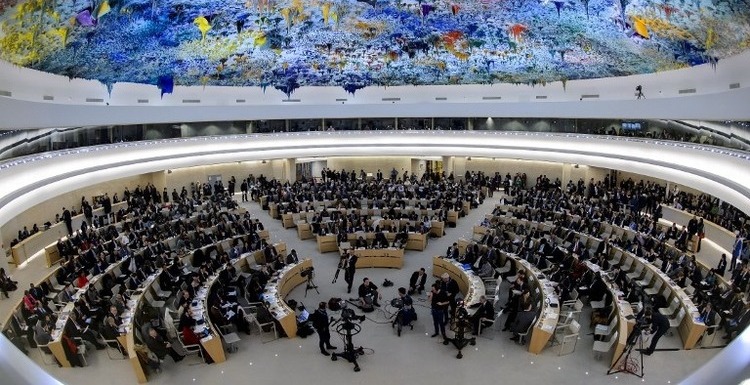 By: Nora Mardirossian, Guest Scholar at the Council on Hemispheric Affairs

At the U.N. Human Rights Council in Geneva, negotiations regarding the issue of business and human rights have become unconventionally heated. The European Union has repeatedly vowed to vote against a resolution to establish an international legally binding instrument to address corporate human rights abuses. Additionally, pressure from the United States has caused some developing states, particularly those in Africa, to fear supporting the resolution.

At least 536 civil society organizations and 85 states have called for an international legally binding instrument on human rights, transnational corporations, and other business enterprises. The Holy See also expressed support for a binding instrument, and the Special Rapporteur on the Rights of Indigenous Peoples called such an instrument the “big picture” in protecting the rights of indigenous peoples.

Ecuador, South Africa, Cuba, and Pakistan, among others, have declared that after many years of documenting the negative impacts corporations can have on human rights, it is time to begin the intergovernmental process of drafting a treaty to address the abuse. Ecuador has repeatedly stated, “currently, the only ones who have binding protections are TNCs themselves” through Free Trade Agreements, Bilateral Investment Treaties, and other regulations that give legal rights to corporations, but none to victims of their abusive practices.

While existing standards, namely the UN Guiding Principles on Business and Human Rights, already enumerate the human rights obligations of corporations, they are voluntary and have only been implemented by some states. In order to prevent violations and to provide remedy for victims internationally, the U.N. Guiding Principles must be backed by binding law.

As an alternative to an intergovernmental process that would determine the content of a binding treaty, the European Union and other states have proposed a multi-stakeholder approach for considering the creation of such an instrument. However, as a recent study by Misereor, Global Policy Forum, and Brot für die Welt explains, this kind of process would give corporate actors privileged access to U.N. decision-makers, making their viewpoints and interests more prominent and further sidelining calls for legally binding instruments for TNCs.

While the European Union claims to believe it is time to begin considering the possibility of a binding instrument on business and human rights, its actions show it truly intends to drown the process in expert studies that will likely never prove fruitful. At the expense of the victims of corporate human rights abuses around the world, the European Union is fighting to maintain the status quo of corporate impunity.

On Thursday, Brazil, Indonesia, and Ireland urged States to engage in a more constructive dialogue. Civil society groups have also called on the European Union and the United States to cease their procedural and adversarial tactics.

In response to the E.U. pledge, South Africa and Ecuador declared that they would not give into the political pressure by withdrawing their resolution. While powerful developed States attempt to use their might to intimidate others, the fact remains that the votes of less powerful and less developed States on the Council, which suffer the most from corporate abuses, have equal weight.

The intergovernmental process to establish a binding instrument would embolden the explicit intent of the Guiding Principles that business enterprises “address adverse human rights impacts with which they are involved” by “taking adequate measures for their prevention, mitigation and, where appropriate, remediation.” These international legal obligations would finally be implemented with the support of a binding treaty.

Thus, if States truly want to address corporate human rights abuses, they must vote “Yes” on the Resolution to create a binding instrument.