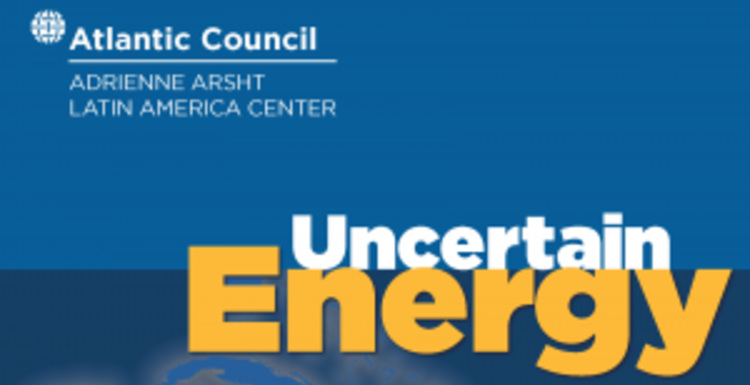 On Wednesday, July 16, the Atlantic Council, a Washington D.C. based think-tank, hosted a panel discussion, “Petrocaribe, Central America, and the Caribbean: Who Will Subsidize the Future?” regarding the Venezuelan-backed energy initiative and the corresponding potential for the United States to regain some of its reduced influence in the region. The event was in conjunction with the Atlantic Council’s recent report, “Uncertain Energy: The Caribbean’s Gamble with Venezuela.” Speakers included David Goldwyn, who co-authored the report; Jorge Piñón, Director of the Center of International Energy and Environmental Policy at the University of Texas at Austin; and Jed Bailey, who authored a pre-feasibility study that considered transitioning the region to liquefied natural gas (LNG).

Petrocaribe provides Venezuelan oil and oil products at preferential financing terms to 17 member states across the Caribbean and Central America. While the program has not experienced major problems since it was first created in 2005, its future is uncertain as Venezuela grapples with its own economic challenges, including high inflation and commodity shortages. The discussion centered largely on possible scenarios for the future and Washington’s potential role should Petrocaribe weaken.

It is not coincidental that the Atlantic Council suggests transitioning the region to natural gas during the same time that the United States is experiencing a shale oil boom. While the Atlantic Council describes itself as a “non-partisan think tank and public policy group,” the organization routinely functions to promote leading U.S. economic interests. Not surprisingly, the Atlantic Council takes a critical view of Petrocaribe.

The initiative has allowed participating states to purchase Venezuelan oil at favorable interest rates and down payments ranging from 70 to as little as 5 percent. The Atlantic Council finds this problematic, holding that “the [Petrocaribe] program has historically provided recipients with short-term credit relief followed by high indebtedness […]. This continued dependence on Petrocaribe has delayed recipient state migration away from high-carbon and high-cost fuel oil and diesel.”[1] Moreover, the report notes that energy costs are relatively high among members; they average 33 cents per kilowatt-hour, which is significantly more than the United States’ 10 cents per kilowatt-hour.

There are several flaws with Goldwyn’s assumptions. First, he cites high indebtedness as a major problem with Petrocaribe. However, while it is true that energy importation increases the debt of Petrocaribe nations, Goldwyn seems to assume that debt to Venezuela is somehow worse than debt owed elsewhere, such as the International Monetary Fund (IMF) and World Bank. The member states need oil, and they will acquire debt no matter how they fill their energy needs. Furthermore, the report assumes that LNG costs will remain low indefinitely, which is not guaranteed.

Goldwyn and his colleagues evidently made no effort to consult with the Petrocaribe member states to discuss their interests. The member states that have oil refineries—the Dominican Republic, Jamaica, and Nicaragua—have to consider the job losses that would come if they converted to LNG. The Atlantic Council’s recommendations do not weigh the local political and economic exigencies such as this.

Goldwyn argues that as Venezuela’s debt increases and shortages of basic goods become even more problematic, it will be increasingly challenging for the Maduro administration to justify the $3 billion USD cost of Petrocaribe. Furthermore, he noted, Caracas must still fulfill its export commitments to China. Recently, Venezuela has been unable to meet the entirety of the Caribbean’s oil needs causing several of the island nations to turn to U.S. oil; U.S. oil imports, however, cost more than Petrocaribe oil.

To Goldwyn, Washington has a unique opportunity to provide energy security for the region, while at the same time furthering its own interests. Jed Bailey, coauthor of “Pre-Feasibility Study of the Potential Market for Natural Gas as a Fuel for Power Generation in the Caribbean,” agrees, noting that LNG is the cheapest and most efficient form of energy for the region. Converting to LNG would reduce regional dependence on subsided Venezuela crude and expensive U.S. oil, ultimately contributing to lower energy costs. Goldwyn suggested that the United States finance $2-3 billion USD for infrastructure to convert the region to LNG. This would subsequently open a large market for the United States to sell its LNG.

What these proposals fail to consider are the negative environmental impacts posed by LNG. While it does create less carbon dioxide emissions, environmentalists have raised serious concerns regarding the environmental impact of extracting the fuel. Moreover, these analysts do not address the overall terms of the financing. If forced to borrow elsewhere, the Petrocaribe nations would be obligated by international lending institutions to impose austerity measures and other qualifications, steps that have a history of producing serious social and economic hardships.

Goldwyn outlined six policy recommendations. First, he advises the creation of a U.S. task force. Second, he recommends declaring exports of LNG to be in U.S. national interest, thereby expediting approval of LNG infrastructure to Petrocaribe nations under the Natural Gas Act. Third, the United States should target the 2015 Energy and Climate Partnership of the Americas (ECPA) Summit in Montevideo, Uruguay to jumpstart the change. Fourth, he proposes that the United States provide energy for the region, thereby increasing competition. Fifth, he advocates creating a short-term contingency if Petrocaribe financing disappears. Finally, the United States should coordinate with international financial institutions, like the IMF and World Bank, to finance LNG infrastructure.

The Atlantic Council report concluded, “If the United States stands by and lets these nations risk and potentially endure the fiscal shock, it will simply validate the perception that U.S. policy is more anti-Venezuelan than pro-Caribbean.”[2] Despite this protest, the report’s suggestion to abolish Petrocaribe is indeed Anti-Venezuelan and possibly Anti-Caribbean, as many nations remain loyal to both Caracas and the program.

The Atlantic Council is right that the Caribbean region faces challenges in energy costs, and it is true that the possibility of the conversion of LNG could provide cheaper, cleaner energy for Petrocaribe states. However, the Atlantic Council’s uncritical assumption that what is best for U.S. energy is best for the region paints an incomplete and inaccurate picture.

Petrocaribe, at least at present, is continuing on and even growing, having recently accepted a new member state, El Salvador, and there are rumors that Costa Rica could join the initiative as well.[3] COHA recommends that the Petrocaribe member states see the Atlantic Council’s advice for what it is: the U.S.-energy industry’s wish list.

The kind of thinking that prioritizes the profits of U.S. businesses above the economic realities of developing nations, including Petrocaribe states, contributes to the continued exploitation of impoverished nations in the name of American capitalism. Thus, it is vital to remain critical of the unstated assumptions of supposedly unbiased economic reports.

Rather than let U.S. business interests drive foreign policy decisions, the most efficient and lasting U.S. policy initiatives are those that United States makes with other nations, based in mutual respect, to listen to the needs of their partners in order to find shared interests. The United States should collaborate with Petrocaribe states and Venezuela to craft a mutually beneficial energy solution.

[3] “PETROCARIBE is an Opportunity to El Salvador, Say Analysts,”Presna Latina.