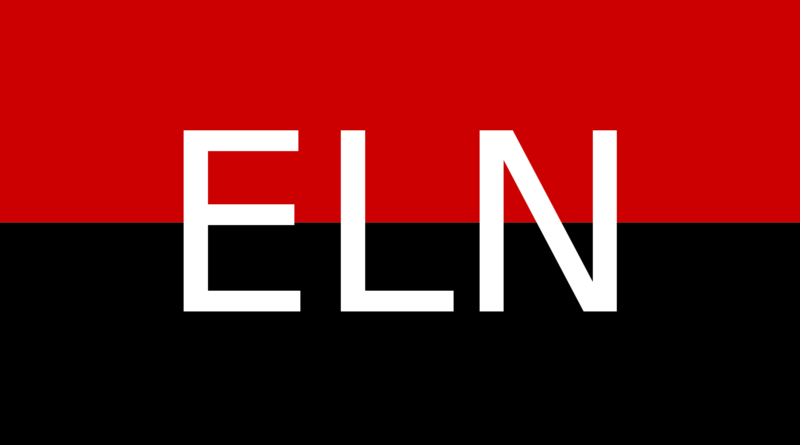 A peace agreement between the Colombian government and the Fuerzas Armadas Revolucionarias de Colombia (FARC) (Revolutionary Armed Forces of Colombia) was signed on September 26, 2016. In order for this agreement to be fully implemented, it required the approval of a majority of the population via a referendum. Unfortunately on October 2, Colombians narrowly (50.2 percent) voted to reject the agreement.[i]

Despite the agreement’s failure, President Juan Manuel Santos, who was recently awarded the Nobel Peace Prize, is determined to make national peace the lasting achievement of his presidency. On October 27, 2016, Santos stated that he hoped to keep working towards this very commendable goal. Showing his desire for a comprehensive peace, President Santos arranged for an official meeting in Quito, Ecuador with the lesser-known Marxist guerilla group in Colombia, the Ejército de Liberación Nacional (National Liberation Army) to negotiate an end to a conflict that started in 1964. However, the government canceled at the very last minute because the key condition of releasing all the hostages was not fulfilled by the 6pm (Quito time) deadline.[ii]

The government had stated a number of times that before any progress towards a potential agreement could be made, all the hostages held by the ELN must be freed.[iii]  Previous to the meeting, the militarist group implied that it would meet this requirement through the ELN’s head negotiator Pablo Beltran’s tweet, “We are fulfilling everything that was agreed.” Unfortunately, as of today, Friday October 28, 2016, Congressman Odin Sanchez remains an ELN hostage as he has been for the past six months, after volunteering to be taken by the group in lieu of his brother.[iv]

Once again, Colombia is in suspense regarding its future, despite the fact that the government has indicated that talks could potentially still start on Saturday October 29, 2016, if Sanchez is released by then. It is ironic that kidnapping is responsible for the meeting’s delay, considering that founders of the ELN were originally opposed to using kidnapping as a weapon. However, in recent years, it has become the group’s most prominent criminal action and way of financing itself.[v]

The group, which was founded in the sixties, primarily attacks oil pipelines and other energy infrastructure, as these structures represent the capitalistic economic model that they blame for the increasing socio-economic inequality in Colombia. The government has recently blamed the ELN for the non-fatal explosion of an oil pipeline near the Venezuelan border on July 6, 2016.[vi]  Such attacks increase the distrust between the two parties and only further complicate possible future peace talks.[vii]

Another complication to keep in mind is the fact that the ELN has always struggled with maintaining a clear internal hierarchy, and thus, has suffered greatly due to its disorganization at the top. Nonetheless, one of their most notable early leaders was the priest, Camilo Torres Restrepo, who is regarded by the ELN as a martyr, having died on his very first military mission with the group.[viii]  For many years, he was a model to emulate for other ELN soldiers. The fear of his death possibly being in vain, fueled the group’s unwillingness to negotiate with the government; especially since ELN’s negotiator greatly suffered by the government hands increasing their distrust towards official institutions.

The prospect that both parties will meet in the near future shows the possibility that President Santos may be able to deliver on his promise that “Peace won’t slip through our fingers. On the contrary, it will be stronger, and now that we will advance with the ELN, it will be complete.”[ix]  It will take multiple meetings between the two parties to establish a deal and President Santos will need to replicate the diplomatic skills that he displayed during his negotiations with the FARC if he hopes to reach concrete agreement with both leftist guerilla groups.

Perhaps the biggest takeaway is that the Colombian people overwhelmingly want peace. Unfortunately, the rejection of the FARC agreement and the delay of real peace talks with the ELN demonstrate the divisions within the Colombian society, the government, and the armed groups over the form this peace should take. Many do not want these groups to go unpunished for their numerous human rights violations; especially former president, Alvaro Uribe. Yet advocates for FARC and the ELN invite everybody to think about the question: can a peace agreement really be defined as such if one party imprisons the other?