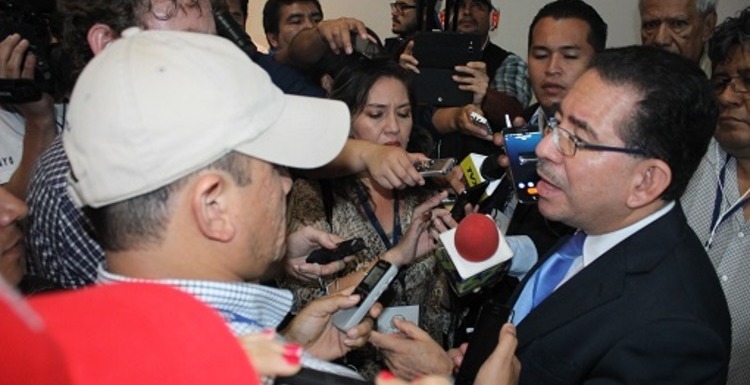 Yesterday’s Presidential election in El Salvador marked a turning point in the country’s history. This election closes the chapter on the country’s post-conflict political era – an era characterized by Nationalist Republican Alliance (ARENA) presidential victories on the wings of fear. Last night the country’s majority voted by a razor thin, but according to the country’s Supreme Electoral Tribunal (TSE), indisputable margin to reject the politics of fear and give Salvador Sanchez Ceren of the Farabundo Marti National Liberation Front (FMLN) the victory. But the TSE stopped short of declaring the FMLN the winner because the margin of victory was only 6,634 votes out of nearly 3 million (2,981,654). How do we make sense of such a close election result, when the FMLN had won the first round of the election by nearly 10% over ARENA? What does this slim margin mean for the future of Salvadoran politics?

First, what it doesn’t mean. It doesn’t mean that there was electoral fraud as claimed by the ARENA party candidate Norman Quijano. There are absolutely no indications from any credible sources that fraud of any kind took place. These elections, like the first round, were described by international observers as orderly, transparent, and clean. Only far right extremists have been raising unfounded allegations of vote fraud, but this has been done as part of a premeditated transnational campaign to delegitimate an electoral victory by the FMLN. There is no empirical evidence of irregularities rising to the level of an electoral fraud and the TSE has urged both parties to await a final determination by the tribunal which is expected to come by the end of the week.

However, it does give us a glimpse of ARENA’s political strategy over the coming years. They’ve set the stage to launch a destabilization campaign against the incoming FMLN government. Last night Quijano fired the opening shots by not only questioning the vote count, but even the TSE as an institution. He accused it of selling out the nation and seeking to implement a Venezuela-like dictatorship. He charged the TSE with “hatching fraud” “Chavista style.” The only thing reminiscent of Venezuela’s April 2013 elections are the disingenuous charges of fraud by the right wing candidate Henrique Capriles despite almost universal recognition of the outcome of the elections in favor of the PSUV there. Such provocations are out of line with the generally tranquil mood at the polls yesterday. Quijano made an even more dangerous and inflammatory call on the Salvadoran military to disobey their constitutional mandate to stay out of politics and alleged that members of the armed forces were ready to “implement democracy.” This is no empty threat and international observers should be watchful of any attempts especially by high-ranking former officials (groomed in Cold War ideology and battle hardened during the Salvadoran Civil War against the FMLN) seeking to use their status with younger officers (who were once their subordinates) now in charge of the Armed Forces to politicize the military. This is extremely irresponsible and sets a dangerous precedent in the country’s post-war politics. Fortunately, so far there are no indications that the Salvadoran Armed Forces is acting in an unprofessional manner. The Council on Hemispheric Affairs denounces ARENA’s bellicose attitude, is encouraged by the early reports of election observers, including the OAS delegation, of prevailing transparency at the polling stations and a minimum of reported irregularities, and calls for respect for the TSE’s final determination.

It’s not surprising that ARENA would implement this type of campaign, it’s what served them well historically and also helps explain why they were able to close the gap so quickly in this second round. There are two reasons that allowed ARENA to increase their vote share. The first is that they rallied to mobilize their base, which had stayed away in the first round, by appealing to their fear of an FMLN victory. This does however, include such unscrupulous but well-known tactics such as business owners inducing their workers to vote for ARENA by claiming that an FMLN victory would endanger their businesses and therefore the workers’ jobs. But they also hammered away at the FMLN supported gang truce that while reducing homicides has not played well in the country. The second factor that played a part in ARENA’s improved performance is the unfolding opposition-led unrest in Venezuela that was covered extensively by the mainstream Salvadoran press in the lead up to the election. By tying the FMLN to the biased narrative of the situation in Venezuela, ARENA effectively regained a significant portion of their disgruntled voters who in the first round had voted for the right-wing third Unity party.

Despite ARENA pulling out all the stops in its fear campaign, it appears as though a majority of the Salvadoran people have opted to give the FMLN five more years to govern the country. The territorial distribution of the vote indicates that the FMLN won in rural areas and in many of the poorest parts of the country, places where it had historically lost. However, over the past five years these are precisely the areas of the country that have benefited the most from the FMLN’s social (education, health care, and poverty alleviation) and development (agricultural production) programs. They also won the vote of the recently enfranchised Salvadoran diaspora by an overwhelming margin of 63% to 37%.

So while the politics of fear did not give ARENA a victory, it still polarized Salvadoran society. This time the FMLN came out ahead not as part of a center-left coalition led by pragmatic, centrist, TV personality, but rather on its own, running Sanchez Ceren, a former guerrilla commander, as the presidential candidate, who many believed could not be elected. On the one hand this bodes well for the country’s future. It indicates a decline in the effectiveness of ARENA’s ideological fear mongering and toward the rising importance of traditional bread and butter issues. If the results are confirmed in the coming days it potentially marks the normalization of Salvadoran politics. And yet, the messages coming from the Quijano camp indicate that they’re unwilling to admit defeat and in an extremely dangerous gambit are seeking to continue polarizing the country. From a Machiavellian standpoint this move makes sense. ARENA has been completely impotent to attack the FMLN’s social programs (e.g. free glass of milk, lunch, and school uniforms and supplies for public school students). So they’ve returned to a tried and true tactic. Unfortunately in the coming years these types of attacks are only likely to increase as they begin to target FMLN officials in charge of some of the most popular programs, such as Jose Luis Merino (aka Comandante Ramiro) who leads ALBA Petroleos de El Salvador. This has included recent Op-ed pieces in U.S. newspapers by Elliot Abrams and Roger Noreiga. There are some indications that these attacks are bearing fruits even among some left-leaning supporters of the FMLN domestically and internationally.

For the FMLN it is imperative that during that time it makes sure that they’re popular social and development programs continue making a difference in the lives of the country’s citizens. It’s the only way they will be able to disarm the fear campaign. In the meantime, it’s important that the international community be watchful of the aftermath of the final electoral determination and be ready to respond if any actors seek to undermine the consolidation of democracy in the country.