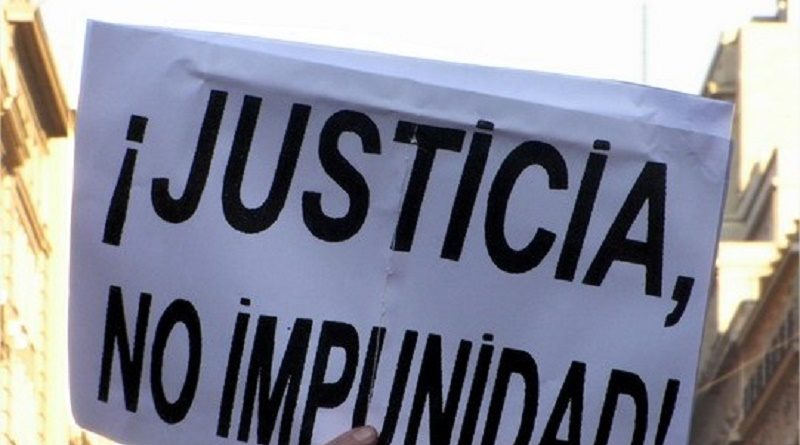 On Wednesday, July 13, the Salvadoran Supreme Court overturned the 1993 General Amnesty Law by a vote of 4-1.[1] The court announced that the amnesty law is “contrary to the access of justice” and the “protection of fundamental rights.”[2] For the past 23 years, the law had protected former high-ranking officials of the government military, paramilitaries, and the Farabundo Marti National Liberation Front (FMLN) from having to confront investigations and prosecutions for human rights violations committed during the Salvadoran Civil War (1980-1992). [3] Now that the Amnesty Law has been declared unconstitutional, those who ordered the human rights violations to take place, as well as those who directly carried out the orders, could be subject to legal indictments.[4]

The Salvadoran Civil War spawned numerous cases of human rights violations. Among the most famous victims was Archbishop Óscar Arnulfo Romero, a fervent critic of the war who was killed by a sniper while performing mass in 1980. His assassination was allegedly planned by Roberto D’Aubuisson, a major in the Salvadoran army who later founded the Nationalist Republican Alliance (ARENA), the country’s right-wing political party. Other victims included six Jesuit priests who were killed in the University of Central America under the command of Colonel Inocente Orlando Montano and other high ranking officers in 1989.[5] Furthermore, about 1,000 civilians were massacred in 1981 in El Mozote by the Atlacatl Battalion, a U.S.-trained rapid-response unit of the Salvadoran army. This massacre was just one example of many more systematic murders of civilians during the conflicts.[6] [7] In 1992, the UN Truth Commission reported that more than 75,000 people were tortured, raped, killed, and disappeared. At least 85 percent of these crimes was committed by the Salvadoran army and paramilitary groups and 5 percent by the FMLN.[8] The report also listed many names of those responsible for the human rights violations and demanded that they be prosecuted.[9]

The peace process began in 1990 to end the war between the Salvadoran government and the FMLN. The agreement included a clause called the Law of National Reconciliation, which granted amnesty to the guilty members of both sides and functioned as a vehicle to promptly achieve reconciliation.[10] However, in accordance with international law, the Law of National Reconciliation excluded those whose names were listed by the UN-backed Truth Commission Report for committing “genocides and crimes against humanity” from being granted amnesty.[11] Both parties signed the law as part of their peace process in 1992.

The Law of National Reconciliation was superseded by the 1993 Amnesty Law at the hands of the Salvadoran Legislative Assembly, which was then dominated by ARENA. The law granted amnesty to all of the human rights violators, including those who committed “genocides and crimes against humanity.”[12]

From the time of its implementation, the Amnesty Law confronted relentless international pressure as well as grassroots protests. In 1999, the Inter-American Commission on Human Rights of Organization of American States claimed that the Amnesty Law violated international law on human rights; in 2008, Amnesty International demanded that the law be repealed; in 2011, the Center for Justice and Accountability and the Spanish Association for Human Rights attempted universal jurisdiction through the Spanish High Court and pressed charges against 20 Salvadorans who had committed gross human rights violations during the civil war.[13] [i] In 2013, the Salvadoran Supreme Court finally accepted the suit filed by several NGO’s against the Amnesty Law.[14]  Therefore, the court ruling was able to be put into effect thanks to the resilient activities of many protesters, NGO’s, and international bodies which sought to defy impunity and restore the application of justice.

Implications on the FARC-Colombian Peace Process

The case of the Amnesty Law carries many implications for the ongoing peace process that has been considered between the Revolutionary Armed Forces of Colombia (FARC) and the Colombian government. For instance, the Colombian peace agreement will allow those who committed “genocide, war crimes, crimes against humanity, torture, forced displacement and sexual violence” to avoid prison sentences if they confess to their crimes.[15] While this item of the agreement is deemed necessary for the immediate end of conflict between the FARC and the Colombian government, it could potentially lead the Colombian government to pass legislation similar to El Salvador’s 1993 Amnesty Law, which would overlook egregious war crimes and inhibit the process of providing justice for the victims of human rights violations. Furthermore, the peace process, as it stands, allows political participation for the former FARC members, who could ultimately fill a significant sector of the Colombian government in the near future. If the former FARC members face legal repercussions after becoming notable politicians and government officials, there could be significant political chaos swirling around in Colombia.

The court’s reversal of the amnesty law has been met with both criticism and praise. Ulises Del Dios Guzmán, former Salvadoran Supreme Court Justice, expressed his concern that “[the court decision] drags us to the past and an unharmonious situation that could cause real confrontation and recriminations.”[16] Indeed, the court ruling potentially could be used to the political advantages by some conniving hands in the near future. The Salvadoran General David Munguía Payés anticipated “witch hunts” once the ruling takes effect.[17] While “witch hunts” may be strong diction, the revocation of the Amnesty Law will likely result in disruptive investigations and prosecutions for many government officials, potentially including Salvador Sánchez Cerén, the former FMLN Commanding General and the current Salvadoran President.[ii] [18] The upcoming governmental and presidential elections are expected to be influenced accordingly. However, despite all the political turmoil that may be expected, the court ruling was an undeniably joyous moment in Salvadoran history, as the victims of the war and their families can finally receive justice. Ericka Guevara-Rosas, Americas Director of Amnesty International, has expressed relief that El Salvador is “finally dealing with its tragic past.”[19] It is crucial that the court decision truly serves its purpose of addressing the issue of impunity instead of encouraging insidious political motives. Only then will El Salvador prove itself an exemplar of integrity and justice to other countries in Latin America that share similar histories of human rights violation and repudiation.

[i] Another relevant work of the Center of Justice and Accountability includes the US Court ruling in February 2016 to extradite Montano, who was in the US territory at the time, to the Spanish Court.

[ii] Cerén’s name is not in the UN Truth Committee report, but there are allegations that he failed to act in a timely manner as a commander in the case of Mayo Sibrian, a rogue commander who committed human rights abuses during the war