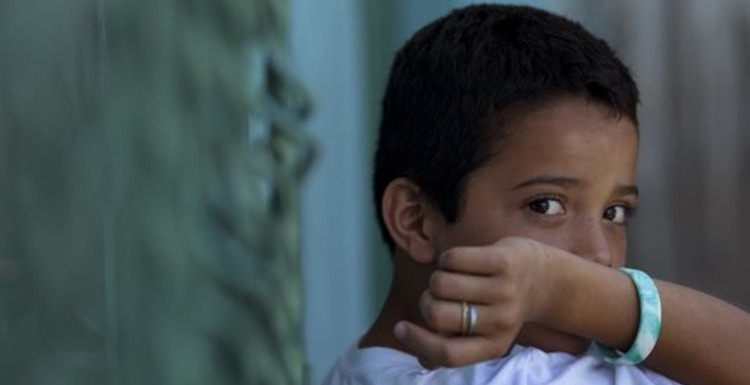 Frederick B. Mills, Guest Scholar at the Council on Hemispheric Affairs, Professor of Philosophy at Bowie State University

Four to five hundred children leave El Salvador every day for the United States in order to escape violence and poverty. Since 2005, 26,568 Salvadoran children have been processed by U.S. immigration courts, 7,742 of whom arrived as unaccompanied minors.[1] The Salvadoran government, like the two other Northern Triangle nations (Honduras and Guatemala), is faced with a four-fold challenge: advocate for the legal rights and legal representation of their citizens who are being processed by U.S. immigration authorities; urge Mexican authorities to provide adequate security for migrants traveling through Mexico; establish public security for all citizens; and stem the tide of undocumented emigration. This short essay focuses on the last objective, which is complicated by a moral dilemma for families in those towns that are afflicted by organized crime: should our children stay or should they go?

One component of the Salvadoran government’s response to the exodus is a campaign launched this week to discourage parents from sending their children, particularly unaccompanied minors, on the perilous journey to the United States. It features a thirty-second video, the “The Tale of the Coyote,” that plays on a popular children’s lullaby. The closing lyrics of the traditional tune, sung to a soothing melody, are “if you do not go to sleep, the coyote will eat you.” In the video, the tale alludes to the real life smugglers who are paid handsome fees to transport their human cargo to the US border. The video is narrated at first by an ominous coyote who says “your children will travel safely, just send me the money.” Then the voices of children recount the terrible things that can happen to migrants along the way. A woman then implores parents and guardians to “not place our children and adolescents at risk” and that “protecting them is our responsibility.”

“Our government reiterates the call to parents and guardians of our children not to put their lives and personal integrity at risk with this extremely dangerous crossing, as they can fall victim to accidents, robbery, extortion, kidnapping, physical, verbal or psychological mistreatment, sexual abuse, labor or sexual exploitation or even death.” [2]

This message is being disseminated in El Salvador with a special focus on the towns most impacted by emigration flows, and it will soon be broadcast in Texas, California, and Washington DC. El Salvador is not alone in this effort; the public outreach campaign is supported by several government ministries, as well as the United Nations Children’s Fund (UNICEF), the International Organization of Migration (OIM), and the U.S. Embassy in El Salvador.

The video has received a mixed reaction in the comment columns of the local Salvadoran newspapers. Some commentators applaud efforts to raise awareness of the dangers facing unaccompanied minors crossing through Mexico and the plight of those being apprehended at the U.S. border. Others argue that in gang-controlled neighborhoods of El Salvador, many children face some of the very same dangers adduced by Minister Martínez as reasons for not leaving the country.

Both arguments have merit because the curtailment of the emigration of minors is linked to the possibility of their being able to live and develop in El Salvador. The administrations of former President Mauricio Funes (FMLN, 2009 – 2014) and of the recently elected President Sánchez Cerén (FMLN), in addition to progressive social movements, have been working to make a Salvadoran dream possible for all of the country’s youth. Since 2009, the government of El Salvador has made significant gains in the areas of childhood nutrition, healthcare, and education. Advances in public security, however, have not yet materialized in any sustained way, despite the employment of various law enforcement and prevention strategies over the past two decades. In his inaugural speech, it is noteworthy that President Sánchez Cerén made himself personally accountable for leadership in addressing the public security crisis. This commitment has generated a great deal of hope and high expectations; but for the families in the most insecure barrios, there is a sense of desperation and the fear that time is running out for their loved ones.

There are two El Salvadors. In the one that is more privileged, children live in gated communities protected by armed guards and go to relatively secure schools in private cars. They know which neighborhoods to avoid and have access to recreational facilities. They do not need to contemplate crossing the desert because they are more likely to obtain visas to visit relatives in the United States. This is not to say they are completely safe or live in tranquility—public insecurity cannot be quarantined. Generally, the well-off look with horror upon the plight of their less fortunate compatriots as the number of homicides, which has reached 2,002 so far this year, is routinely tallied by the local news media.

The other children, those excluded from the privileges of the middle and upper classes, are more likely to be trapped in barrios afflicted by gang violence, ride buses that are frequently subject to assaults, avoid crossing territorial boundaries, are submitted to occasional strip searches by the local gang checking for rival gang tattoos, undergo severe pressure to join gangs, and go to schools where in the worst cases even the teachers must pay “rent.” They have a higher probability of being added to the body count.

This tale of two El Salvadors is symptomatic of all three Northern Triangle countries, though their politics and governments are quite different. The negation of the possibility of so many children to live and develop their full potential places a moral obligation not only on these nations but on the entire region to construct the conditions necessary for all children to thrive and to respect their human rights where ever they reside. This is a tall order, but there is no viable alternative.

El Salvador’s campaign to curtail the emigration of children will likely get more traction should public security significantly improve. For parents facing an impossible choice between giving up their daughter to the local gang or sending her off through Mexico with the near certainty of rape, the video that uses the tale of the coyote does not yet offer a clear way out. Perhaps it is time to ask ourselves, for the sake of the children, how a traditional lullaby can be turned into a tale of terror? It is no longer so simple as “if you do not go to sleep the coyote will eat you”—in some cases, whether you sleep or not, the coyote will still eat you.

The Tale of the Coyote

[2] http://www.lapagina.com.sv/inmigrantes/97368/2014/07/15/Gobierno-lanza-campana-para-frenar-migracion-de-ninos-hacia-los-EEUU. This is the author’s unofficial translation.