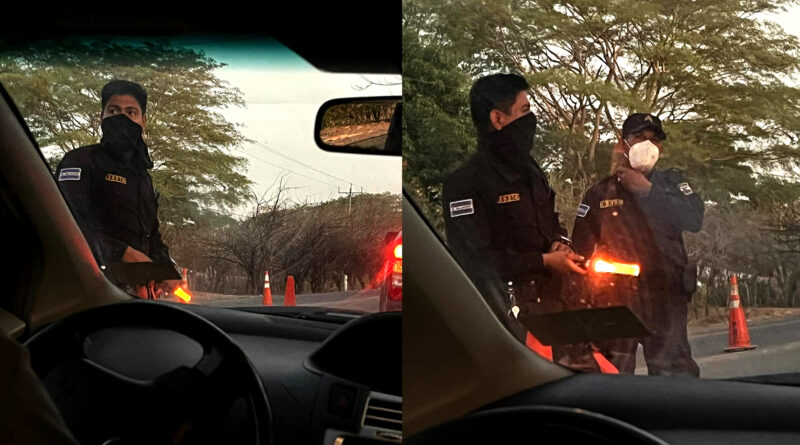 By Frederick Mills
From San Salvador

El Salvador’s Legislative Assembly approved a State of Exception Sunday morning, suspending several constitutional guarantees for 30 days and setting in motion intensified joint police-military operations in the aftermath of 62 murders within a 24 hour period on Saturday, the highest number in 20 years.  Six more killings have been reported on Sunday. Of the 152 murders that have occurred thus far in March, 71 took place between Friday and Saturday this week.[1]

The measure, which was requested by President Nayib Bukele after a meeting with his security cabinet on Saturday, passed with 67 in favor, 13 absent, and four abstentions. The State of Exception evokes article 29 of the Constitution and in this case suspends the following constitutional rights[2]:

While addressing the public security crisis appears to be a top priority across the political spectrum, there are cautionary voices. El Salvador’s Centro de Estudios Jurídicos (Legal Studies Center) has urged the Legislative Assembly to “exercise its role responsibly by analyzing and debating the scope of the state of exception requested, ensuring respect for the rights of citizens enshrined in the Constitution.”[3] And over the past two years there have been several protests against government policies and alleged illegal arrests. Some analysts argue that there has been a serious erosion of the independence and separation of the branches of government and a power grab by the Executive branch.[4] Despite these protests and concerns, Bukele, of the New Ideas party, remains a popular figure for a significant part of the electorate that has become disillusioned with the traditional political parties.

Bukele has sought to blunt the impact of the State of Exception on business and routine life. While suspending the right to freedom of association, Bukele tweeted:

“Religious services, sports events, business, studies, etc., can continue normally. Unless you are a gang member or the authorities suspect you of being one.  Nevertheless, there will be focalized and temporary closures in some areas.”

Police actions commenced immediately, starting Saturday night. For example, in San Salvador, on March 27, checkpoints were set up in various locations and in San José El Pino (in Santa Tecla) citizen movement was restricted. On March 28, outside of targeted areas, however, in most of the country, life goes on as normal.[5]

The main target of the state of exception are the gangs, and in particular, those thought responsible for the increase in homicides. There is widespread speculation, including by the President himself, that there is a deliberate, well financed effort behind the recent rise in homicides. According to digital newspaper Tal Cual, “the National Civil Police (PNC) reported the capture of at least five heads of the Mara Salvatrucha (MS-13), who are shown as responsible for ordering the increase in homicides that have afflicted El Salvador since Friday.” [6] According to the PNC, there have been 576 arrests during the first 48 hours of  the State of Exception.[7] The investigation, however, is still at an early stage, and any conclusion as to those behind the planning and execution of this wave of murders would be premature.

Security is increased on prisons

The “get tough” approach goes beyond an effort to take back the streets and bring those responsible for these crimes to justice. Bukele has also begun a crack down on gang members within El Salvador’s growing prison population tweeting:

“Director @OsirisLunaMeza, a maximum emergency is again decreed in all security and maximum security prisons, all cells closed 24/7, no one leaves, not even to the patio. Message to the gangs: for your actions, now your “homeboys” will not be able to see even one ray of sun.”

Whatever political party is in power in El Salvador, the gang problem appears to be intractable, yet overcoming the impact of organized crime on public security, moral sensibility, and the economy is necessary if this Central American nation is to advance towards social justice. The legacy of the civil war, its social wounds, and the lack of an effective post war reinsertion policy for veterans and returning refugees have never been effectively addressed. It is the poor who suffered most during the war, and it is the poor and marginalized who are the primary victims of gang forced recruitment and violence.

Extreme violence: nothing has worked so far…

Salvadorans have seen this cycle of violent crime, crack downs, and resurgence of violence before. Neither the heavy hand, nor the super heavy hand, nor the not-so-secret truces and accords reached with gang leaders have worked. Bukele’s latest strategy, Plan Control Territorial (Territorial Control Plan) which the President just three weeks ago lauded as a great success, has been dealt a serious blow.[8] Jaime Guevara, who is among the FMLN deputies, all of whom abstained on approval of the State of Exception, acknowledged that “we are in a moment of emergency” and observed that despite “the powers of the Prosecutor’s Office, we could say [there has been] a total failure in public security policy.”[9]

This news comes at a time when El Salvador is trying to sustain a recent increase in tourism and on the heels of a visit by Binance ’s Changpeng Zhao, CEO of one of the largest crypto exchanges in the world.[10] El Salvador is a beautiful country, and many towns, from East to West, have worked hard to attract tourists. According to the Ministry of Tourism, for the first quarter of 2022 there has been an increase of 45% in booked flights to El Salvador compared to pre-pandemic bookings in 2019. With the Holy Week (Semana Santa) coming (April 10 to April 16), businesses have been anticipating a windfall from tourists.

El Salvador, which imports most of its food from Nicaragua, Honduras, and Guatemala, and has little in the way of strategic food reserves, is in an especially vulnerable position should inflation continue to rise and war in Ukraine lead to food shortages. Moreover, Inflation in the United States could cause a reduction of remittances to families in El Salvador for whom such income is a lifeline. The rise in violent crime will only make these challenges more formidable in the coming days. This is indeed an emergency. And there is no easy way forward without massive social investment and a national consensus on public security policy that transcends the increasingly fractured political fabric of El Salvador.

Frederick Mills, PhD, is Deputy Director of COHA and professor of philosophy at Bowie State University.