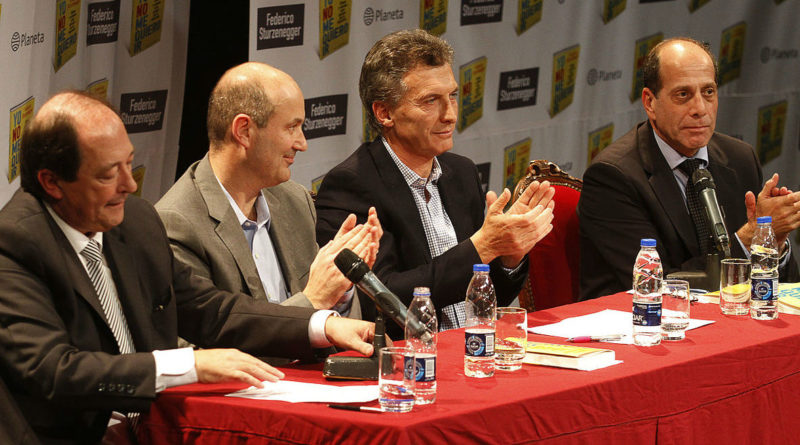 Editor: James A. Baer, Senior Research Fellow at the Council on Hemispheric Affairs

The results of the November 22nd run-off presidential elections in Argentina may have marked the beginning of a historic turning point in Latin American politics. With the victory of Mauricio Macri over the Government’s candidate, Daniel Scioli, Argentina’s presidency moved from a leftist government product of the “pink tide” to a center-right political administration for the first time in years. This move might soon be echoed in Venezuela, which is scheduled to hold legislative elections on December 6, a process that might result in a hard rebuke of the current administration. This shift can be seen as being symptomatic of a wider trend in Latin American politics, one which has seen countries moving from the center-left governments that came to power in the period 1998-2004 to center-right administrations. If Venezuela and other countries follow suit some observers will likely see this as the beginning of a rightward trend, the product of economic slowdown and serial corruption scandals. Macri’s coalition, Cambiemos (Let’s change), ran on a platform that targeted these issues directly, sharply proposing to change many of the longstanding unpopular policies implemented by the successive administrations of Cristina Fernandez and her late husband and immediate predecessor, President Néstor Kirchner. Two of the main promises revolved around regularizing the exchange rate with the U.S. dollar and bringing down inflation (which private estimates put at around 25 percent and official estimates at around 15 percent). Another issue that Let’s Change has promised to address was crime and drug-trafficking in particular. Drug-trafficking and drug-related violence has been a growing problem in Argentina and it has been concentrated in some of the poorer neighborhoods of Buenos Aires, the northern provinces of Argentina and, especially in the city of Rosario, the second largest city in the country.

On the morning of Monday, November 23, President-Elect Macri hosted his first press conference as the incoming President, in which he addressed a range of topics regarding his future administration. One policy announced at this event should raise great concern among his national and international audiences. He announced his decision to declare the “Emergency State for Security” to combat crime and specially drug-trafficking. This new policy is likely to present two problems for Mr. Macri. The first issue relates to Macri’s prospect of having sufficient votes to get this policy approved by Congress, considering that he does not have a majority in either Chamber of Congress. Secondly, if such a law were approved, then he would have to deal with the potential increase in violations of human rights by public security forces, something that has been a deeply troubling staple of Argentine public life for many years. Police violence and impunity have been major issues plaguing law enforcement in Argentina, with the incidence of both problems having only grown over the last 15 years, as shown by annual reports of CORREPI (the National Coordinator Against Police and Institutional Repression), one of the leading NGOs working on the matter of police impunity. According to CORREPI’s report, 11.82 percent of instances of police repression between 1983 and 2015 have taken place in the province of Santa Fe, which puts it in second place after the province of Buenos Aires (45.43 percent of cases).[1] Clearly then, these two provinces where personal insecurity is such an important issue are also the same venues where police has been the most involved in human rights abuses.

If, after his December 10 inauguration, President-elect Macri decides to move forward with this policy, his administration could begin to do it in a way that will not exacerbate the structural violence of which the poorer and most vulnerable sectors of Argentine society are victims. Furthermore, if the state of emergency is declared, accountability measures need to be improved in order to decrease the level of impunity among state security forces. Were these effects to run unchecked, it could weaken public confidence in the Government as well as produce a backlash against public institutions, as happened following the most grievous instances of police brutality in the early 2000s. This would be an exceedingly retrogressive development for a country looking to strengthen its institutional presence, as Argentina is trying to do. Furthermore, it would put into question the trust placed on him by voters from different parties and political tendencies that supported his coalition as the best option to govern the country for the next four years.

Featured Photo: Buenos Aires, June 4, 2013. Mauricio Macri (third from the left) at the presentation of Federico Sturzenegger’s book, “Yo no me quiero ir” (Russavia)