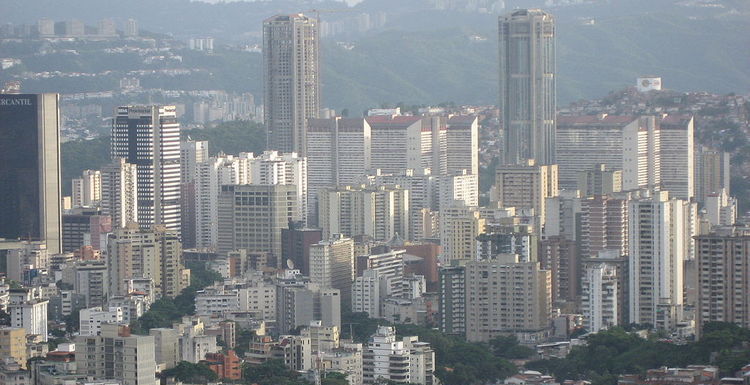 In a continuing escalation of diplomatic tension between Venezuela and the United States, Venezuelan President Nicolás Maduro on Monday called for the expulsion of three U.S. diplomats from the country, accusing them of conspiring with, as well as financing extreme-right elements in Venezuela in order to sabotage the country’s energy grid, and ultimately, its economy. Photos and videos which were presented on Venezuelan television showed the diplomats meeting with figures like opposition mayor Víctor Fuenmayor and the strident anti-Maduro organization Súmate throughout the past week. [1] Venezuelan Foreign Minister Elías Jaua stated that the government had gleaned evidence from their “informants inside the organization [Súmate]” as to what had transpired in the meetings, namely destabilizing measures affecting the Maduro government.  While the American diplomats claim that they “maintain regular contacts across the Venezuelan political spectrum,” and that the meetings were entirely innocuous, the history of the U.S. presence in the country casts a pall of doubt on this claim. [2]

American intervention in Venezuelan domestic affairs, which Maduro specifically denounced in his recent media address, has a sordid history dating back to the first term of President Hugo Chávez. [3] In 2002, the United States reportedly offered tacit encouragement to right-wing elements as they planned for a coup against the democratically-elected president. [4] During the short lived coup launched by the anti-Chávez opposition, the US recognized the presidency of Pedro Carmona, who suspended the existing constitution, the national assembly, and the supreme court in what was obviously meant to be a lethal assault on Venezuela’s basic democratic institutions. This year, disrespect for the democratic process reached its nadir as the U.S. State Department demanded a full recount of votes in the country’s presidential election, an election that otherwise had been lauded by international observers. Washington has showed its recurrent hostility towards Venezuela in a thousand other ways as well, moving troops into bases in Colombia, Venezuela’s backyard, with the stated purpose of “conducting full-spectrum operations” against, among other perceived threats, “anti-U.S. governments.” [5] The reported episodic discoveries by Venezuelan intelligence of mercenaries, who were in league with a host of sworn foes inside Venezuela, has only added to the high alert posture of the government. [6] Given the bitter memory of the US-backed coup and the close relationship of figures in the Venezuelan opposition with Washington insiders, US diplomatic contacts with opposition figures in the present politically charged environment could reasonably raise suspicion, particularly after massive disclosures of massive U.S. spying in the region.

While a call to the Venezuela Desk at the State Department was met with a peremptory “no comment,” it appears that a full denial is in the works. If Maduro has further evidence of diplomatic meddling in his country, he should make it public. A countrywide vindication of his actions could only serve to bolster his government against those who would seek to bring it down,

The Council on Hemispheric Affairs reiterates its call for a mutual dedication to respect and constructive engagement between the United States and Venezuela. Moreover, US rapprochement with both Venezuela and Cuba would greatly improve overall North-South cooperation.