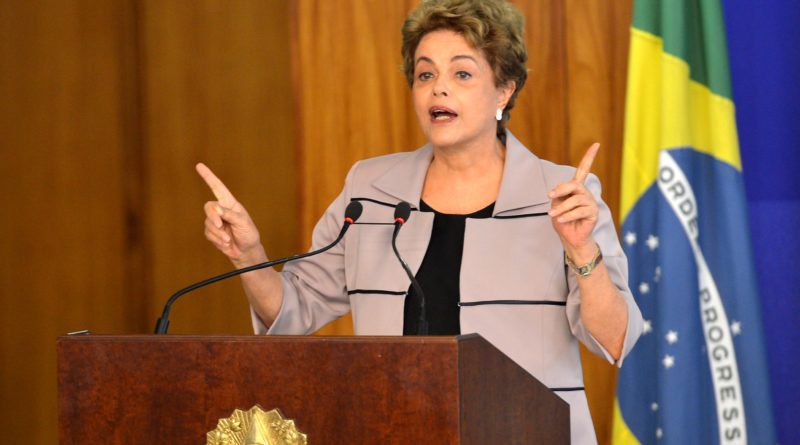 On June 27, a board of experts charged with investigating the accusations against Brazilian President Dilma Rousseff found no proof of her direct involvement with the country’s fiscal budgetary maneuvers. Known as “fiscal pedaling”, this is one of the main accusations used by the opposition to justify her impeachment.[1] The investigation, a 224-page report requested by the Brazilian Senate, was carried out by independent auditors who had two weeks to clarify the details regarding the removal process, from both the defense and the accusation.[2] [3] The auditors concluded that Rousseff is not guilty of breaking fiscal or budgetary laws.[4] However, the auditors have identified that Rousseff authored three decrees in 2015 which increased the government expenditures without Congress’ consent.[5] The auditors also stated that Rousseff authored a fourth presidential decree in 2015, which did not affect the government expenditures. According to the report, “it was concluded that the executive branch has fulfilled the fiscal result targets, even with the release of the commitment limit and financial execution promoted by Decree 8581/2015. Therefore, the contingency decrees were sufficient to ensure compliance with the fiscal balance targets for 2015.”[6]  The evidence provided by these reports has exposed proponents of the ongoing impeachment process, as it highlights the fragility of their accusations against President Rousseff.

What is Rousseff Being Accused Of?

According to those who initiated the impeachment process, Rousseff committed two different crimes under the Fiscal Responsibility Law. The Senate is investigating if Rousseff was involved in government delays in issuing credits to Banco do Brasil (BB), a state-owned Brazilian bank for payment of the Agricultural credit program (known as Plano Safra).[7] This financial maneuver is known as “fiscal pedaling,” and has been commonly used by many other state governors and former federal government administrations of the Brazilian government.[8] The report presented this week shows that that there is no evidence that corroborates Rousseff’s direct participation in committing irregular budgetary activities.

The opposition also accuses President Rousseff of issuing credit decrees in 2015, thereby increasing the government expenditures without Brazilian Congress’ approval — which is illegal according to the Brazilian Fiscal Responsibility Law.[9] Rousseff’s defense maintains that the Brazilian Congress’ approval was not necessary in the cases presented by proponents of impeachment since those decrees did not compromise the fiscal balance targets for that year. However, the accusers argue that those fiscal targets were only fulfilled because Congress passed a bill reducing the fiscal target for 2015. In turn, the defense argues that the goal can only be considered breached after the end of the fiscal year, which did not happen in 2015.[10]

On May 12, the Brazilian Senate decided to proceed with the impeachment process against the democratically elected president, Dilma Rousseff, initiating its intermediary phase. In this phase, house committee gathers and analyzes evidence presented both by Rousseff’s defense and by impeachment proponents. After all the evidence is presented, a new report based on this analysis will be prepared by Senator Antonio Anastasia, and then voted on by the other members of the committee — this vote will likely take place on August 9.[11] Following this vote, all 81 Senators will vote to accept or reject the report presented by Senator Anastasia.

If it is rejected, the process is dismissed and Rousseff resumes the presidency; if it is approved, the process continues to its final phase. In this case, the Senators will have to respond either “yes” or “no” to the question formulated by Supreme Court Justice Ricardo Lewandowski (who now presides over the impeachment committee) on whether Rousseff committed crimes while in office.[12] According to the most recent schedule approved by the Senate, this final phase of the impeachment process will likely take place on August 22.[13]

Although evidence of the political motivations behind the ousting of Dilma Rousseff continues to mount, the prospective outcome of the impeachment process is still unclear. As reported by TeleSur, “the budget charges have been the key justification behind the impeachment process against Rousseff, painted as a bid to tackle government corruption.”[14] With many of his ministers and close allies accused of corruption and other serious crimes, the viability of the government led by Interim President Michel Temer (who is himself also implicated in a corruption scheme) is now put to question.[15] Recent polls show that 70 percent of Brazilians reject Temer’s interim presidency, while Rousseff’s approval rates are now higher than when she was in office.[16]

This new report confirms the illegitimate nature of allegations against Dilma Rousseff, and reaffirms that Dilma’s impeachment allegations are not based on governmental mismanagement, but are, in fact, a political mutiny by former allies.