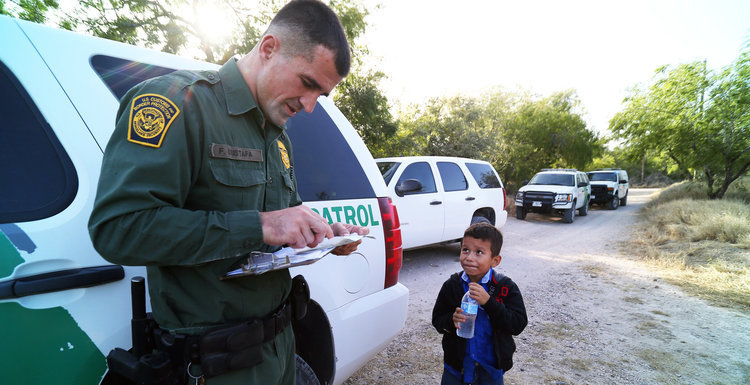 By: Alicja Magdalena Duda, Research Associate at the Council on Hemispheric Affairs

The people of Central America are trapped in a zero-sum game of merciless poverty, rampant violence, and unmanageable corruption. An unequal distribution of fundamental resources for basic survival engenders a competitive Social Darwinist society, in which the one with the most power and biggest guns wins. This leaves people with an option just short of a death sentence: either stay and be killed, or risk death escaping to the rumored Land of Opportunity.

The recent surge of unaccompanied child migrants in the United States reflects the ever-darkening situation of violence and poverty throughout Mexico and Central America. More than 51,000 unaccompanied children from Honduras, Guatemala, El Salvador, and Mexico have made the perilous journey to the United States this fiscal year (October 1, 2013 through June 15, 2014)—already more than last fiscal year’s total of 38,045.[1] The journey from Central America through Mexico’s southern border is lined with treacherous obstacles including gangs, bandits, and the infamous train nicknamed La Bestia (The Beast), making the travel especially perilous for unaccompanied children.[2] Furthermore, it is projected that the amount of unaccompanied child migrants will continue to swell up to 90,000 in 2014.[3] This inundation of immigrants has overwhelmed processing centers along the border as well as immigration shelters in nearby states.[4][5][6]

This inundation of child migrants has once again pushed the United States’ broken immigration policy to the forefront of national and international criticism. Both President Obama[7] and secretary of Homeland Security Jeh Johnson[8] have declared this a priority issue. On June 20, Vice President Joe Biden met with Central American officials, including Guatemala’s President Otto Pérez Molina, El Salvador’s President Sánchez Cerén, Honduras’ general coordinator Jorge Ramón Hernández, and Mexico’s interior minister Miguel Osorio Chong.[9] In response to the current surge of unaccompanied children migrating from Central America to the United States, Vice President Biden announced the United States would provide aid packages for each country. In addition, $161.5 million USD will be put toward the Central American Regional Security Initiative (CARSI), with the intent of enabling Central American countries to handle “security and governance challenges.”[10] However, hearings in the House of Representatives this week revealed stubborn partisanship, in which many Republicans blame President Obama’s lax immigration policies for the surge of migrant children,[11] and call for the United States “to whack them, our neighbors, to understand that they are just not going to keep taking our money… we’re not the ATM machine.”[12]  If policymakers are to take this issue seriously, it is important for them to recognize that immigration is fundamentally a development issue that requires multilateral solutions. Central American countries need to empower individuals by ensuring vertical accountability between government institutions and individuals. By securing political freedoms, opportunities for economic and social participation, transparency, and stable infrastructure, individuals will have greater social mobility and incentives to stay in their native country, thereby increasing human capital and economic growth.[13]

Admittedly, President Obama has made immigration reform a priority issue. The Deferred Action for Childhood Arrivals (DACA) act, enacted two years ago on June 15, 2012, was an important step toward immigration reform by temporarily suspending the deportation of young people who were brought to the United States as children and reside unlawfully in the country. The Immigration Policy Center, a research organization that focuses on U.S. immigration policy, has assessed the impact of DACA in its report, “Two Years and Counting: Assessing the Growing Power of DACA.”[14] Surveying more than 2,300 individuals across the United States, a representative sample of DACA’s 53,197 approved applicants since 2012, the report indicates overall positive results.

Although DACA does not offer a path to citizenship, it enables undocumented young adults to become active participants in society and the economy. Specifically, the report indicates that almost 60 percent of surveyed individuals obtained a new job and a driver’s license as a result of DACA, thereby increasing human capital and economic growth. The report also emphasizes the important role of education in augmenting economic growth—DACA beneficiaries with a bachelor’s degree were 1.5 times more likely to obtain a job and increase their earnings. Additionally, DACA beneficiaries pursuing a bachelor’s degree were 1.6 times more likely to obtain an internship and expand their network than DACA beneficiaries not attending college.

These findings demonstrate that initiatives like DACA are necessary, but not sufficient. To move immigration reform forward, it is imperative to approve long-delayed bills like the DREAM Act and to supplement temporary-fix programs like DACA with long-term programs that support education initiatives and paths to citizenship for the approximately 11 million undocumented workers in the United States today.

President Obama proposed a “common-sense” proposal in January 2013 comprised of four parts: strengthening border security, forming a path for earned citizenship, holding employers accountable, and establishing an effective legal immigration system.[15] An important part of this common-sense proposal is H.R. 15, a comprehensive bill passed by the Senate almost a year ago that addresses border security, visa backlogs, and a path to citizenship.[16] Specifically, H.R. 15 replaces the controversial Corker-Hoeven amendment, criticized for militarizing the U.S.-Mexico border, with the McCaul bill, which implements a more quantitative assessment of border security. Other features of H.R. 15 include enforcing an employment eligibility verification program and pathways to visa and citizenships for undocumented adults, children, and agricultural workers.[17]

Political gridlock, however, threatens H.R. 15’s potential to modernize immigration policy and the bill remains stalled in the House of Representatives. The nationally recognized issue of unaccompanied child migrants should be an opportune gateway for this comprehensive immigration reform bill to move forward—but for Republicans, immigration reform appears to be a “damned if you do, damned if you don’t” situation.[18] In a Latino Decisions poll conducted last month[19], 68 percent of Latinos indicated that they are likely to vote in upcoming midterm elections. Latinos also indicated that they would be following the immigration policy debate currently taking place in Congress and, if Republicans supported immigration reform and a path to citizenship, 61 percent of Latinos would be more open to them. For the sake of political self-preservation, it would be a smart move for Speaker of the House John Boehner to move the stalled immigration bill to a vote.

However, as demonstrated by former House Majority Leader Eric Cantor’s Virginia Republican primary loss to Tea Party challenger David Brat, supporting immigration reform is only another form of political suicide. Cantor’s defeat marks the first time a House majority leader has lost a primary, and is largely attributed to voters siding with Brat’s anti-comprehensive immigration reform platform—which makes the feat of bringing H.R. 15 to a vote in the House more difficult now than ever.[20][21] The fate of millions of immigrants will depend on whether Speaker Boehner and the new House Majority Leader, Californian Kevin McCarthy, are able to harness the necessary political will to push H.R. 15 to a vote—a lofty goal considering the upcoming July 4 recess and midterm elections.

Impending Humanitarian Crisis on Both Sides

Rejecting comprehensive immigration reform is tantamount to rejecting a much deeper and more complex issue; after all, immigration reform is more than a utilitarian domestic policy of granting amnesty to immigrants so they can be employed as units of economic value. It also requires an effective foreign policy that addresses the fundamental humanitarian side of immigration. The truth is, we cannot allow political gridlock to delay immigration reform, nor other pressing domestic and foreign policy issues to overshadow it. Immigration is both a domestic and foreign policy issue with immediate social and economic implications. Unfortunately, with the combination of Central America’s increased violence and U.S. political gridlock, this ongoing political battle will continue to push countries on both sides further into a humanitarian crisis.

[7] President Barack Obama to the Heads of Executive Departments and Agencies, June 2, 2014, Office of the Press Secretary. “Presidential Memorandum—Response to the Influx of Unaccompanied Alien Children Across the Southwest Border.”