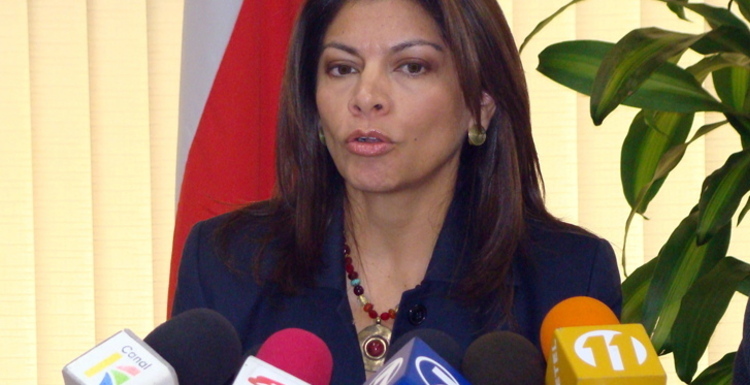 Along with Costa Rica current slow economic growth, many Costa Ricans are also discontented with rampant corruption that has affected the country’s entire civic society. On November 11th, Fulton Armstrong, an experienced analyst of Inter-American policy and a highly regarded CLALS Research Fellow at American University, posted a blog in which he provided an insightful analysis of Costa Rica’s stumbling political system. Although Costa Rican officials present their country as a democratic success, Mr. Armstrong responded by writing “Costa Rica is approaching February’s presidential and legislative elections with a distinct lack of enthusiasm, if not with dread.”[1] Many Costa Rican citizens are using the elections as an opportunity to manifest their large-scale discontent, through massive protests,with the government’s inability to adequately provide for the nation’s dispossessed and address the country’s runaway corruption cases. [2] President Laura Chinchilla contends that her government is now clean and that it has taken giant steps in curbing corruption, yet some local polls find that 95 percent of the population believe that many officials within her administration are corrupt.[3] In response, the Minister of Communications, Carlos Roverssi, has defended Chinchilla’s administration by stating that no official corruption charges are currently being leveled against any high-level government official. [4] Nevertheless, large numbers of Costa Ricans have solid reasons to be highly skeptical of the country’s chief executives. To begin, in recent years three Costa Rican presidents have been indicted for corruption, and two of them have been convicted.

One of the most damning examples of high-level corruption in San Jose is the case of Rafael Ángel Calderón, who was Costa Rica’s president from 1990-1994 and was indicted on corruption and bribery charges in 2004. It was contended in the courts that Calderón had deftly pocketed around $9 million USD in illegal commissions from a Finnish technology company that supplied medical equipment to Costa Rica’s health-care system. [5] Miguel Ángel Rodríguez,another of the country’s presidents, was accused of venality in the same year. Ironically, Rodríguez had just been elected as the new secretary-general of the Organization of American States (OAS), but he was forced to abdicate the post after extremely embarrassing corruption charges were circulated against him. [6] Rodríguez was alleged to have received more than $600,000 USD from the French telecommunications company, Alcatel, for helping it obtain a contract with ICE (Instituto Costarricense de Electricidad). [7] Further investigation into the French company’s activities led to the indictment of a third Costa Rican ex-president, José María Figueres, who was purported to have received $900,000 USD from the same company; he defended himself by insisting that the transaction was legitimate since he was hired to advise Alcatel. [8] Calderón and Rodríguez were both found guilty of corruption, but in September 2007, the prosecution in Costa Rica’s Ministry of Justice dropped the charges against Figueres due to the lack of evidence that he had arranged to enrich himself via illicit means. [9] Critics of the outcome were very troubled by the manner in which the Costa Rican criminal law system functioned.

The Chinchilla administration has not been spared of corruption allegations, as a number of its cabinet members have been forced to resign from their positions. One of the most flagrant corruption cases dealt with the construction of Route 1856, in the northern part of Costa Rica. It was divulged that the private contractor who was retained to oversee the project was able to undermine [E1] government officials, leading Francisco Jiménez, Minister of Public Works and Transportation (MOPT), to resign. [10] Another controversy erupted when it was discovered that President Chinchilla had made trips to Venezuela and Peru in a jet plane whose owner was under investigation for drug trafficking. [11] As a result, three high ranking officials stepped down: head of Intelligence and Security, Mauricio Boraschi; presidential aide, Irene Pacheco; and communications Minister, Francisco Chacon. When President Chinchilla was asked about these troubling cases, she replied by stating that there is no corruption within her government, but rather it may be that corrupt practices take place in certain administrative posts. [12]

The fact that two ex-presidents were successfully convicted of corruption signaled a success, in that Costa Rica can be seen as developing relatively resilient governmental institutions, capable of maintaining accountability across all branches of government. On the other hand, the current system confirms the strong influence many foreign companies have in the country and that more steps need to be taken in order to deter corruption. Moreover, recent scandals and Chinchilla’s sinking popularity have generated a good deal of doubt when it comes to the legitimacy of San Jose officials and the professional class in general. The street protests, fueled by labor unions’ discontent, along with cuts in social spending and increased taxes, serve as examples of some of the harsh realities to be found in Costa Rica. In order to more closely match the image depicted by its officials of “the Switzerland of Latin America,” Costa Rica must more honestly appraise the basic needs of its citizens and the grave shortcomings of its base institutions, as average citizens are clamoring for greater accountability and responsibility on the part of their government.

Juan Osuna, Research Associate at the Council on Hemispheric Affairs