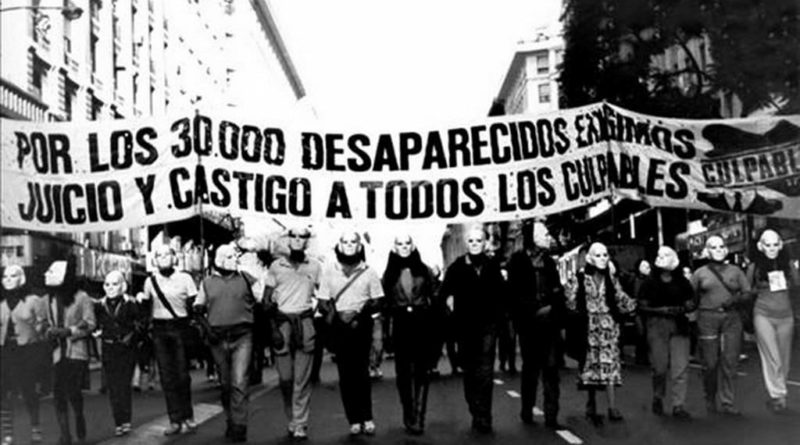 On May 27, the international community witnessed what could be the first major step in the judicial process regarding the accused leaders of Operation Condor, the notorious South American network of planned abductions and killings carried out throughout the 1970s and 1980s. Operation Condor integrated efforts between Chile, Argentina, Bolivia, Uruguay, Paraguay, and Brazil in tracking and eliminating leftist political dissidents who had taken refuge across South America. Furthermore, the operation has been deemed a major contributor to the disappearance of an estimated 50,000 nationals from the six countries combined.[1]  With victims and their families anxiously awaiting a verdict, an Argentine federal court handed down a ruling that convicted fourteen former military officials of crimes related to the rampant kidnapping, torture, and murder that defined the sinister operation. Among the convicted defendants — thirteen being Argentine and one being of Uruguayan descent — was former Argentine Junta Dictator Reynaldo Bignone (1982-1983), who was the highest ranking official to be convicted and who received a sentence of 20 years in addition to his current life sentence for a large number of domestic crimes.[2] For surviving victims and families of those not as fortunate, the conclusion of the trial represents a positive outcome, as it is the first time that the clear coordination between the oppressive regimes has been legally recognized and finally punished.

The Condor and its Prey

Operation Condor was implemented during a period that witnessed several of the most brutal South American dictatorships ever, with an assortment of infamous authoritarian figures. The mastermind behind the plot, Chile’s Augusto Pinochet, had Manuel Contreras — head of the Chilean Dirección de Inteligencia Nacional (National Intelligence Directorate; DINA) — invite numerous intelligence leaders to Santiago de Chile in November of 1975 in order to discuss the possible organization of coordinated counter-terror programs that would combat leftist movements across the Southern Cone.[3] When all was said and done, Operation Condor had, in addition to Pinochet,  a leadership group that consisted of, “Paraguayan strongman Alfredo Stroessner, Bolivia’s Hugo Banzer, Argentine dictator Jorge Videla and Juan Maria Bordaberry of Uruguay. While no representative of Brazil signed the operation’s charter, its government cooperated with the program and dissidents were killed and kidnapped in Brazilian territory.”[4] The regimes utilized their intelligence and secret police forces to create what was initially an anti-terror communications network that rapidly morphed into a brutal program of abduction, torture and murder.

The integrated operation focused on any and all citizens who were deemed a threat, with secret police indiscriminately disappearing both active leftist dissidents and common citizens who may have expressed discontent with regimes in power at the time. Sara Mendez, a Uruguayan teacher who had expressed leftist sentiments and fled to Buenos Aires, is one of the rare dissidents who survived her detention. “On 13 July of that year [1976], a joint commando unit of the Uruguayan and Argentine military kidnapped her and took her to an illegal detention centre […]. Mendez was taken to an old car workshop in southern Buenos Aires, Automotores Orletti, which had been turned into an illegal detention centre and the operating base for Operation Condor.”[5] Hundreds of Argentine, Chilean, Bolivian, Uruguayan, Paraguayan, and Brazilian political exiles shared a similar experience with Mendez; however, unlike her, only a fraction of them survived their time in captivity.

Closure for Some, but Not All

The trial and conviction of the fourteen defendants is a significant victory in the fight for justice for all those caught in the coils of Operation Condor, yet there are still hundreds left wondering if they will receive the same strict justice as did the 105 plaintiffs in this specific trial.[6] It is hoped that the precedent-setting nature of Friday’s convictions will open up a venue for further investigations and indictments. However, as some victims are rejuvenated in their search for closure, others know that it is unattainable. A number of potential defendants have died, such as Pinochet, Stroessner, and Videla. For those who had brought allegations against those no longer alive, “the convictions on Friday were tinged with frustration.”[7]

While it is explicitly known that the governments of Chile, Argentina, Bolivia, Paraguay, Uruguay, and Brazil were all guilty of participating in Operation Condor, the United States’ apparent knowledge of the program is quite disturbing. Throughout the court proceedings, an essential piece of evidence utilized by the prosecution was a declassified U.S. State Department transcript of a meeting in Santiago de Chile between Henry Kissinger and Argentine Foreign Minister Cesar Guzzeti on June 10, 1976. Throughout his discussion with Guzzeti, Kissinger appears to express his informal approval of the actions Argentina planned to take against dissidents both domestically and abroad. In regards to the uncertain political situation following the Argentine coup, Kissinger made statements such as, “We understand you must establish authority” and “If there are things that have to be done, you should do them quickly. But you should get back quickly to normal procedures.”[8] Coupled with the support that Washington had provided to oppressive regimes like that of Pinochet and the Argentine Junta, Kissinger’s words have all but confirmed suspicions that the U.S. had prior knowledge of Operation Condor.

A Step in the Right Direction

The implications that come with the close of Friday’s proceedings are enormous. The convictions not only represent the first legal acknowledgement of Operation Condor as an illegal international network of government violence and state terror, but are also a step towards judicial legitimacy in countries that have not been tough enough on government accountability. For instance, Paraguay has been relatively weak on the prosecution of crimes against humanity by military authorities, and this trial has provided a chance for justice to be witnessed by the numerous Paraguayan victims of Operation Condor.[9] However, the most promising byproduct of the convictions lies in the future rather than the past. Indictments for past crimes are a serious possibility, but, as the Americas Director of Human Rights Watch Jose Miguel Vivanco puts it, “this ruling, about the coordination of military dictatorships in the Americas to commit atrocities, sets a powerful precedent to ensure that these grave human rights violations do not ever take place again in the region.”[10] There is no indication that any countries are headed towards authoritarianism, but in light of a recent resurgence by the political right in Argentina, Brazil, Venezuela, and Bolivia, the legal precedent set by Friday’s convictions has helped to ensure that a return to the dark days of Operation Condor is nearly impossible.