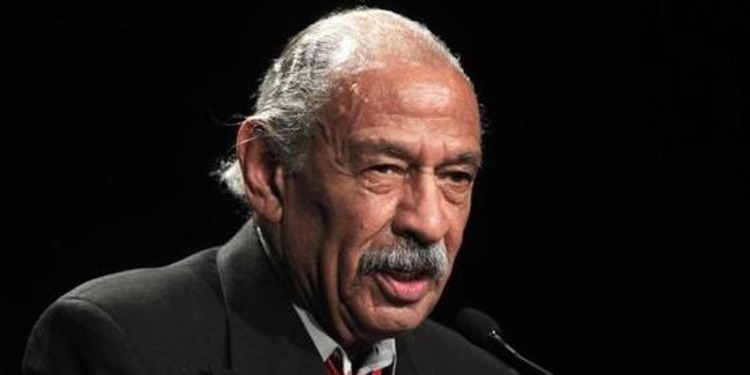 Venezuela continues to suffer from internal political conflict and unrest. In response, the United States Congress imprudently approved unilateral sanctions against Venezuela on May 28, 2014, yet again attempting to assert its imperial influence over an increasingly grumbling Latin America. Congressman John Conyer, a noble figure who has come to Latin America’s aid on many occasions, most lately regarding President Aristide’s Haiti, was the lead signatory in a letter addressed to President Obama protesting the new regulation. We find it alarming that these sanctions have the potential to thwart the ongoing UNASUR negotiations and encourage continued human rights abuses. COHA shares the Congressman’s opposition to this approach which represents a major set-back for the integrity of Washington diplomacy. Mr. Conyer’s letter is republished below.

As you know, Venezuela has experienced almost daily protests over the last three months, during which at least 42 people have died, including opposition activists, government supporters, bystanders and security agents. Government security forces have been implicated in killings and accused of human rights abuses, and at least 19 state agents have been jailed in relation to these alleged abuses. A number of fatalities and injuries have reportedly been caused by protesters themselves. Security forces and civilians have been shot and killed while trying to remove barricades erected by protesters and motorcyclists have been beheaded by wire stretched across the road by protesters.

We deplore the killings and abuses that have taken place so far and call on all parties to refrain from acts of violence. We also call on the Venezuelan government to ensure the protection of all citizens engaged in peaceful protests and to hold accountable all those suspected of engaging in acts of violence, including security forces, protesters, and armed civilians.

We are encouraged to see that, thanks to a mediation effort led by the Union of South American Nations (UNASUR) and the Vatican, a dialogue process is underway in which the government, key opposition figures, business leaders and religious leaders are participating. Critical issues like economic policy, the high rate of crime and the incarceration of opposition activists are part of this broad discussion. This is a laudable development in a country that has experienced high levels of political polarization in recent years. The protests have diminished and, in the last few weeks, casualties linked to the protests have fallen significantly. We support U.S. efforts to promote peace and dialogue in Venezuela through discreet but robust diplomatic activity, in partnership with other countries and regional organizations such as UNASUR, which has proved instrumental in promoting dialogue.

We also express our strong support for your current stance opposing the immediate imposition of unilateral sanctions by the United States on Venezuela. As Assistant Secretary of State for Western Hemisphere Affairs Roberta Jacobson acknowledged, the process of dialogue would be seriously undermined if the U.S. resorted to unilateral sanctions. Sanctions would diminish our government’s ability to promote this dialogue, leading instead to an unproductive escalation of tension between the U.S. and Venezuelan governments. As Ms. Jacobson rightly indicated in her testimony to the Senate Foreign Relations Committee, “This is not a U.S. – Venezuela issue, it is an internal Venezuelan issue.” We strongly agree with her assertion that unilateral U.S. action may “be used as a distraction” by parties inside Venezuela. As Ms. Jacobson stated, U.S. sanctions will “reinforce the narrative of this being about the Venezuelan government standing up to the United States.”

While the United States government does not have to agree with its neighbors in the Western Hemisphere, it should take their opinions into account, as it takes European or African governments’ opinions into account in those regions. The Union of South American Nations (UNASUR), the Caribbean Community (CARICOM), and the Organization of American States (by a 29-3 vote) have all issued statements that are in various ways supportive of the Venezuelan government and that call for the respect of the country’s democratic institutions. A number of presidents and governments, including Michelle Bachelet of Chile, have publicly warned against attempts to forcibly remove the democratically elected government of Venezuela. As State Department spokesperson Jen Psaki noted on Wednesday, there are “no indications that other Latin American countries at this time would support sanctions on Venezuela.”

We are concerned that disregarding these views would hinder our efforts to reengage with the region at a time when other major powers are making unprecedented inroads. As former Secretary of State Hillary Clinton has explained, a “smart power” strategy involves “picking the right tool” for each situation, with diplomacy as the “vanguard of foreign policy.” As unilateral U.S. intervention and sanctions have caused deep resentment throughout Latin America, these are not the right tools for our regional policy in instances where they lack any significant regional backing.

The U.S. government will be most effective in advancing dialogue, development, and democracy in Venezuela and the region if it seeks to deepen engagement and understanding. An important step would be accepting President Maduro’s offer to exchange ambassadors with the U.S. We urge you to seize this opportunity so that relations can be normalized and the U.S., jointly with other regional actors, can play a more constructive role in helping Venezuela address the major political and economic challenges that it faces.
Sincerely,
Members of Congress