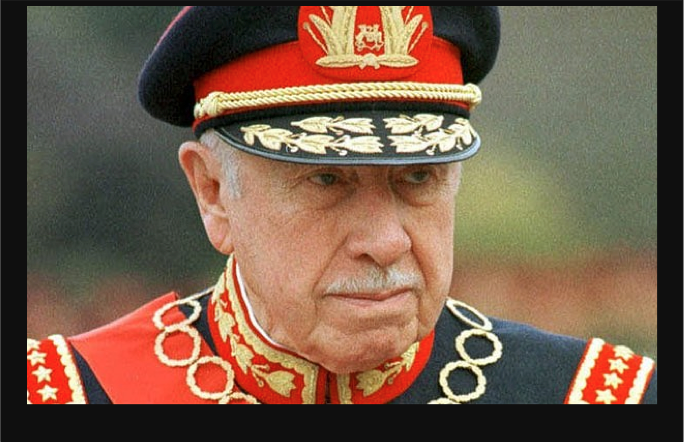 Today marks the 39th anniversary of the Chilean coup d’etat that ousted the constitutional president of Chile, Salvador Allende, from office and gave rise to the vicious dictatorship of General Augusto Pinochet. Pinochet was known for his adherence as an unabashed apostle to a hard-lined laissez-faire free market economic policy that was widely seen as the impetus for Chile’s economic revival. Yet these reforms systematically marginalized the working poor to the benefit of the middle and upper class segments of the population. Even some twenty-two years after Chile’s return to democracy, a continuation of several Pinochet-era policies has culminated into a sweeping educational crisis, social unrest, and a continuing festering of undemocratic principles.

In what widely became known as the “Chilean miracle,” Pinochet’s conservative fiscal policies opened the floodgates for several textbook economic hand line remedies, including an increase in foreign investment and an enlargement in Chilean Gross Domestic Product. Many economists, including Milton Friedman’s free-market “Chicago Boys,” have offered glowing praise for the series of Pinochet-backed tax reductions, spending cuts, and privatization of state resources that dominated the Chilean dictatorship. Indeed, with the free market sitting in Friedman’s rightful place as the elixir of all economic ill, the Chilean economy under Pinochet became briefly and somewhat deceptively, “the best economic success story in Latin America.”[1] Followers of the Friedman school were quick to accentuate his reforms by touting Chile’s ascent on its economic performance, including the progress of its indicators in its embrace of free trade.

Friedman liked to present his theories as a crusade for personal liberty and economic freedom. Ironically, his involvement in the “Chilean miracle” occurred in the most repressive, violent era in modern Chilean history, where estimates claim that as many as 200,000 Chileans were forced to flee the country to avoid widespread crackdown, arrests, torture, and death.[2] Moreover, Pinochet tethered the state’s economic factors to monetary actors outside of the country, such as loans from the World Bank and foreign corporations, all but guaranteeing the private sector’s dominance over publically owned institutions. As Pinochet’s junta privatized multiple state entities, military spending grew substantially as a culture of intimidation underlined the implementation of Santiago’s economic reforms.[3]

But for any positive talk of Chilean “development,” there is an antithesis of fractures that has angered young Chileans whose exclusion from quality public education carries over as a continued baleful legacy of Pinochet’s baggage. Indeed, education is one of the most glaring problems for Chile. Throughout the past year, massive manifestations of Chilean students have been staged in order to protest the expensive costs of quality education, caused mainly against the dominance of private school tuition payments in the Chilean educational sector. Critics have claimed that the school’s system remains underfunded and woefully unable to accommodate reasonable student expectations.[4] For all of Chile’s glowing economic numbers, it is the youngest generation that has been affected most, as some have estimated that 95% of 20 year-olds are abstaining from voting, reflecting a disillusionment with modern Chilean politics that stem from the Pinochet era.[[5]]

In addition to the inequality now found from the privatization of the state’s once-robust public education system, Chile’s decision to not reform other Pinochet-era legislation upon his ouster continues to cause problems for its marginalized communities, namely in its use of force and its reliance upon the poor to extract the developmental thrust of the nation. It is not too much to say that Chile’s growth in the past came about from a misuse of the poorest structures of the population due to the fact that Pinochet-era decrees were not revoked in a timely fashion by the Concertación de Partidos por la Democracia ruling party that assumed power.

Even after Pinochet left office, these measures routinely were a burden on the lowest classes. It was this chronic exploitation of the poor that targets Chile’s bourgeois democrats for deserving to be condemned for their perceived cynicism and smugness.[6] As an example, one can simply look at the negatively affected indigenous populations, where Pinochet-influenced “terrorism laws” have justified police interventions with Mapuche Indians, whose struggle to reclaim ancestral lands has been difficult in the face of a state bent on recapturing the “Chilean miracle.”[7]

At a Council on Foreign Relations gathering last year, current President Sebastian Piñera echoed a return to this economic history when he said, “When we came into power, our main goals was [sic] to recover and to revitalize what was once called the Chilean miracle.”[8] By maintaining these undemocratic Pinochet-era economic policies, it is true that Chile has competitively maintained its economic output on the world scale. But the rifts between its social classes have grown wider than ever. The Gini coefficient, a model used to measure inequality in developed countries, places Chile as the country with the most unequal wealth distribution among its classes, a problem that one continues to witness through the crisis in its education system.[9] Despite Piñera’s democratic assumption of power, Chile ill-deserves the plaudits and sometimes applause it has received for its often-specious market reforms. It continues to violate the most democratic current traditions of Latin America, and stands in direct opposition to what its admirers regularly tout when they praise it.

On this anniversary, as current Chilean administration faces continued unrest over the State’s role in education, to say the least, it is obvious that glaring problems such as poverty, inequality, and marginalization are very much present in today’s Chile. Despite the repeated assertions to the contrary, Chile remains subservient to many traditions of the Pinochet dictatorship. As a result, one wonders if a Mapuche Indian or a poor student facing exclusively-high tuition costs, for example, would include himself in the “Chilean miracle,” given the numerous problems these groups face today.

[1] Friedman, Milton. “The Drug War as a Socialist Enterprise.” Friedman & Szasz on Liberty and Drugs, 1992. http://www.druglibrary.org/special/friedman/socialist.htm