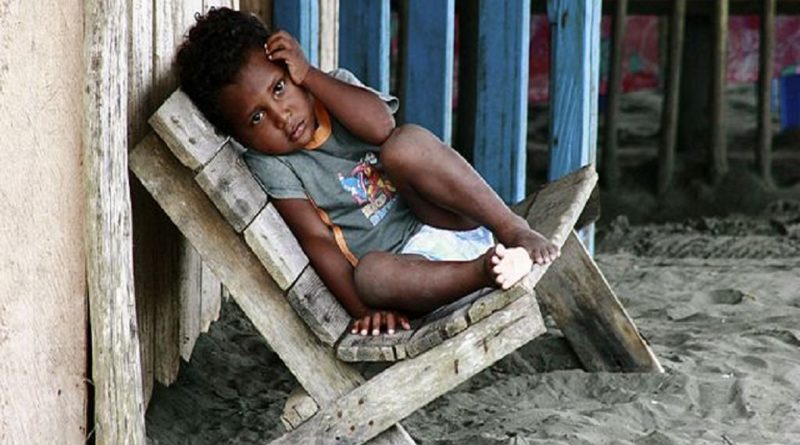 Nearly eight months after finalizing the negotiation of the peace agreement with the guerrilla group, the Revolutionary Armed Forces of Colombia (FARC), the Colombian government has made another accord – this time with the port city of Buenaventura in the department of Valle del Cauca. From May 16 to June 6, residents of Buenaventura went on strike and protested against the city’s poor living conditions, such as the lack of potable drinking water, inaccessible hospital services, and a weak and corrupt security apparatus. It was not until Colombia began to lose millions of dollars from delayed shipments due to the strike that the federal government took the manifestations seriously and negotiated a deal with Buenaventura’s Civic Strike Committee, a coalition of civil society organizations. Within the provisions of the deal, called el Fondo de Patrimonio Autónomo de Buenaventura (Fonbuenaventura), the government pledges to invest millions into the city’s infrastructure. However, nearly two months after its negotiation, the deal has not been implemented. Although this negotiation is encouraging for the people of Buenaventura, the government must uphold its promise and implement the deal as soon as possible. The following are some of the main takeaways from the recent developments in Buenaventura:

Buenaventura is in desperate need of investment

Buenaventura, a coastal city consisting of about 400,000 residents – most of whom are Afro-Colombians – has long been one of Colombia’s most violent and resource-deprived cities.[i] According to Human Rights Watch, locals live in constant fear of paramilitary groups such as los Urabeños and la Empresa. These groups ruthlessly impose their will through coercive means such as dismemberments in “chop-up houses,” disappearances, and forced displacements.[ii] In fact, Buenaventura leads Colombia in forced displacements with over 107,000 displaced people from 2011 to 2014.[iii] Local authorities have been unsuccessful in combatting these crimes, as police forces are scarce in the city. Additionally, of the few police officers, many have succumbed to corruption or fear retaliation from los Urabeños and la Empresa.[iv] In the rare instances of prosecution, culprits are often not charged because of the lack of accountability in Buenaventura’s judicial system.[v]

Besides extortion and violence, residents of Buenaventura also suffer from uninhabitable living conditions. Due to a lack of government investment, Buenaventura’s water infrastructure is comparable to one of a low-income country; 71% of residents only have access to potable water eight hours a day and many fishermen are forced to fish in waters contaminated by the city’s sewage.[vi][vii] For the ill and injured, the city’s clinics do not have the capacity to attend the entire population, which is detrimental considering the high levels of violence and poverty in the city. In many cases, patients are referred to hospitals in Cali, a neighboring city about 123 kilometers away, and risk dying en route.[viii] Moreover, Buenaventura has an unemployment rate of 62%, a major contributor to the city’s impoverishment.[ix] In general, 91% of Buenaventura’s rural population and 64% of its urban population live under the poverty line.[x]

Buenaventura’s size is not representative of its importance to Colombia

Buenaventura is essential to Colombia’s international trade as it accounts for 60% of the country’s international commerce.[xi] In fact, according to Buenaventura’s Chamber of Commerce, during the twenty-two day strike of Buenaventura’s residents, Colombia lost an estimate of 300 billion Colombian pesos (COP), about 100 million U.S. dollars (USD).[xii] Such national reliance on Buenaventura’s port gave the people leverage during negotiations for increased funding. The impact that the protests had on Colombia’s economy has proven to the federal government that the small city of Buenaventura deserves much more investment and national attention for how much wealth it brings into the country.

The deal has great potential – if it is implemented

After more than three weeks of protests, the Colombian government struck a deal with the Civic Strike Committee by creating Fonbuenaventura, a development project for the city.[xiii] The project has a budget of COP 1.6 trillion, roughly USD 500 million, which will be invested over the next ten years into the small city’s infrastructure, economy, and social services.[xiv] Of that sum, COP 350 billion (USD 120 million) will be allocated to invest in Buenaventura’s sewage and aqueduct systems, which guarantees a clean water supply 24 hours a day.[xv] Additionally, about COP 180 billion (USD 60 million) will go towards the construction of hospitals, COP 170,000 million (USD 58 million) towards education, and COP 62 billion (USD 20 million) towards the judicial system.[xvi][xvii][xviii]

Fonbuenaventura is certainly encouraging for Buenaventura’s residents; however, the fight with the Colombian Congress to implement the deal lies ahead. It is likely that the project’s implementation will face obstruction since the Colombian government has other pending financial expenses, such as the economic implementation of the peace deal with the FARC.[xix] Additionally, the proposed foreign aid budget for 2018 of Donald Trump, the president of the United States, includes a 36% cut from assistance funds to Colombia, resulting in about a 140 million dollar loss.[xx] With more expenses and less capital, the implementation of Fonbuenaventura seems unpropitious.

ESMAD’s excessive use of force was unwarranted

Although the Colombian government’s negotiation with the Civic Strike Committee is an excellent first step towards the development of Buenaventura, it must be noted that negotiations came only after the government ignored the protests and later attempted to brutally suppress them. Specifically, the Mobile Anti-Riot Squadron (ESMAD) used tear gas and tanks to disperse protestors including minors, elderly and disabled people.[xxi] Additionally, the Inter-American Commission on Human Rights (IACHR) of the Organization of American States (OAS) has suggested that there may have been racial discrimination against the Afro-Colombian community in Buenaventura by ESMAD.[xxii] The violent and discriminatory suppression of the right to peaceful protest of Buenaventura’s residents is condemnable and contradicting to the purported values of Colombian president Juan Manuel Santos, the newly Nobel Peace Prize winner.

Moving forward, the Colombian Congress must ratify Fonbuenaventura as swiftly as possible. Residents in Buenaventura simply cannot afford to wait any longer – hence their willingness to go on a general strike for over three weeks. For about ten months President Santos has prioritized the negotiation and implementation of the peace deal with the FARC. Now it is time for Santos to shift Colombia’s attention towards the impoverished areas of the country – something that is long overdue. To help with the expenses and execution of the project, the international community should play a role in implementing Fonbuenaventura. For example, within the World Bank there is a unit called the Water and Sanitation Program (WSP), which has previously helped cities in Latin America develop sustainable access to clean water.[xxiii] In the United Nations (UN) there is the UN-Water division, which coordinates international organizations focusing on water and sanitation issues.[xxiv] If the Colombian government can collaborate with international organizations like these, it will not have to bear the brunt of Fonbuenaventura, making its implementation more feasible. Nevertheless, one thing is certain: if Colombian President Santos wants to foster harmony and stability in the country, he must set a framework for future administrations to implement Fonbuenaventura and other developing projects in impoverished cities.

[xxiii] “Water and Sanitation Program: about.” The World Bank.